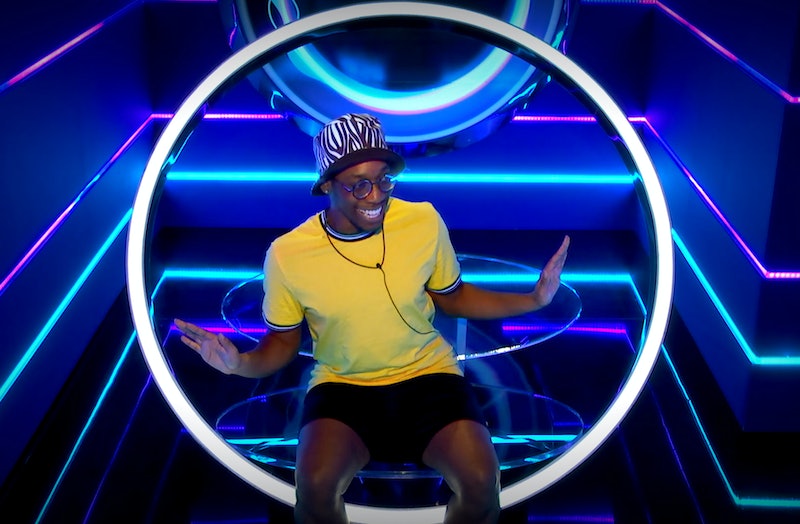 The Circle is back for more drama, catfishing, and of course, unpredictable twists. Not only does Season 2 kick off with an intense feud between contestants Savannah and Terilisha, the show also introduces a new game mechanism called “The Inner Circle.” We won’t know exactly what that is until the next batch of episodes drop on April 21, but it’s clear that it will shake up the competition.

The Inner Circle is introduced in the final moments of Episode 4. After Savannah is blocked by Emily and Chloe, she goes to visit Courtney, her in-game bestie who she believes could win the whole thing. After excitedly gushing over finally getting to meet one other, Savannah gives Courtney some solemn words of advice. She explains what went down in the Girl Gang chats, from Terilisha questioning her loyalty to the squad of (seemingly) all-women players, to Emily (who’s really Jack) lying about choosing her over Terilisha. “When I asked Emily if she would have my back, she said yes,” Savannah says. “And look at where I’m at.”

She warns Courtney that neither Emily nor Terilisha can be trusted, but that he should continue to be friendly with them. “You need numbers, so you need to make friends,” Savannah suggests. “You have to be a sneaky b*tch. Honestly, play the game.”

After she leaves, Courtney tells the camera that their conversation was “the wake-up call [he] needed.” The Circle then reveals that he’s the player Savannah thinks most deserves to win the game; as a reward, he’s granted access to The Inner Circle. He’s ushered down a hallway with strobing lights and arrives in a neon-lit room with a giant glass chair and a floor-to-ceiling screen full of data.

“What in the intergalactic flawlessness is this, honey?” he yells, which is a very good question. Let’s break down what The Inner Circle could possibly be.

The Inner Circle looks a lot like a hacker’s desk, or how the control desk in a security office would look like, which means it could be a spying device. While it’s probably not going to let Courtney actually peek into the other contestant’s apartments — as that would immediately out all the catfishers and be, well, a gross invasion of privacy — it wouldn’t be surprising if The Inner Circle lets him peep on their direct messages. You know, like how your boss can access your direct messages on Slack.

If that were the case, the ability to see what alliances are brewing — and what bits of info other players have given out privately — would definitely give Courtney an edge. Emily is already on Courtney’s hit list; if he were able to peruse her messages, would he soon figure out that she isn’t who she says she is?

Another possible option is that The Inner Circle gives Courtney a chance to ask advice from former players like Season 1’s Joey Sasso, Shubham Goel, Sammie Cimarelli, or Chris Sapphire. Sure, they might not be able to give a ton of specific guidance about breaking up the Girl Gang that Savannah warned him about. But it would be pretty amusing to see them cameo and chime in with either positive thoughts or cutthroat suggestions.

It Leaks a Piece of IRL Info

This possibility could be hugely damaging to the catfishers in the game. What if The Inner Circle divulges one piece of information about the real person behind the profile picture? While it probably wouldn’t outright say if a contestant was pretending to be someone else, it could drop suggestions that hint at a person’s real age or that they’re lying about their job. Nefarious? Definitely, which is what makes it all the more likely.

This feels very Mean Girls’ “You can’t sit with us,” but what if The Inner Circle is the ultimate goal for influencers, as it creates another level of interaction separate from those who have never gotten the title of “most likely to win?” Similar to how Twitter offers verified accounts a space to interact only with other verified accounts, could the Inner Circle possibly be a place where the top competitors will go to talk about, well, everyone else?

Maybe The Inner Circle is just the modern day version of Survivor’s Hidden Immunity Idol and it grants the user protection from being blocked in a future round. It doesn’t seem like they would need an entire fancy new room for that, but hey, Lance Bass’ assistant is on this show pretending to be Lance Bass. The Circle is anything but predictable.

More like this
'Love Is Blind: After The Altar' Season 3 Has A Release Date & It's Very Soon
By Grace Wehniainen
Love Is Blind’s Natalie Claims Shayne Signed Up For 'Perfect Match' While They Were “Still Together”
By Brad Witter
'Heartstopper' S2 Will Discuss Asexuality “In A Big Way,” Says Oseman
By Nola Ojomu, Sam Ramsden and El Hunt
The 'Freeridge' Cast Shared Their Hopes For A Potential Season 2
By Grace Wehniainen
Get Even More From Bustle — Sign Up For The Newsletter
From hair trends to relationship advice, our daily newsletter has everything you need to sound like a person who’s on TikTok, even if you aren’t.