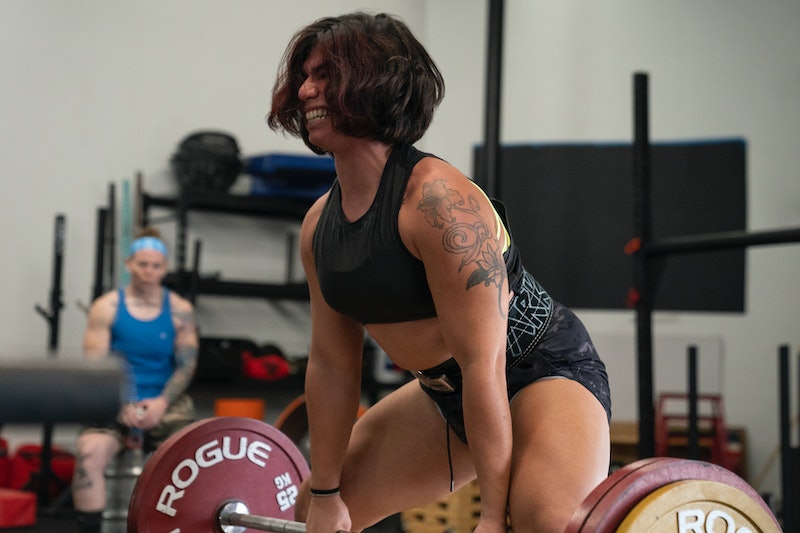 Queer Eye Season 6 brings the Fab 5 to Texas for more fabulous makeovers and heart-to-hearts, and Episode 2 introduces them to a particularly impressive hero: 22-year-old Angel Flores, an athlete and Olympic weightlifting coach. Angel’s speciality is powerlifting, and she currently holds the state record for deadlifting 402 pounds. But despite being a powerhouse in the gym, she didn’t feel confident in other areas of her life because as a trans woman, she hadn’t always felt comfortable in her own skin.

As Angel wrote in a guest post for the nonprofit The Out Foundation in March 2021, she’s been an athlete since she was six. She grew her love for working out while studying at UT Austin, where she joined the university’s Olympic Weightlifting team. “There I would be, six to eight in the morning, pulling, pushing, sweating. I saw the veins in my arms pop, my skin get thinner, my shirts hang off me,” Angel wrote. “[But] despite having the body and the skills I did, I was extremely insecure: I was never hot enough, never satisfied.”

On a drive down to San Antonio, Angel listened to a podcast that featured one of the hosts coming out as trans. It was then that she began to question her own identity. “The more she spoke, the more things stuck: not feeling right in my body, replacing insecurity, and realizing that my idolization of female athletes wasn’t out of desire to date one, but to be one,” Angel wrote. “The first time I put on a sports bra and tiny shorts (Austin Pride, August 2019), I smiled so much that my face hurt.”

During filming for Queer Eye, the Fab 5 helped Angel to refine her hair, makeup, and fashion sense, culminating in a house party where she got to show off her new look to her friends and family. Since then, Angel has continued to lift at Liberation Barbell Club, the queer-owned gym featured in her episode. She also teaches several weightlifting classes, which you can sign up for on the gym’s website as long as you’re a member.

“There [are] too many trans and GNC [gender non-conforming] friends who feel insecure about training their bodies. From being afraid of amplifying dysphoric traits, to being nervous about simply existing in a gym space, there’s dozens of reasons we use to keep ourselves from building our bodies. I want to stop this,” Angel wrote in a March 29 Instagram post. “I want to give you a plan to start building yourself the way you want to. With somebody who understands how dysphoria and body dysmorphia works.”

Angel also continues to share her transition journey on Instagram — “today marks one year on Hormone Replacement Therapy!” she posted in July — as well as educate her followers about trans issues and what it means to be a trans athlete. “Most people don’t know: trans women shrink! Exposure to estrogen during HRT causes the tendons and ligaments in the body to reduce in length. Over time, this means that many trans women, especially those who transition at younger ages, end up proportional to cisgender women,” Angel explained in an Aug. 25 post. “We don’t have this permanent size difference or advantage ... Let’s break the stigma!”

When she’s not posting about her many weightlifting accomplishments, Angel is enjoying the queer scene in Austin. She went to her first queer event as an out trans woman in June and has continued to preach about the importance of self love. “Every day, I want to wake up and be excellent,” she wrote on Dec. 11. “I want to be a champion, a record holder, a challenger ... Go challenge the world. Go win.”