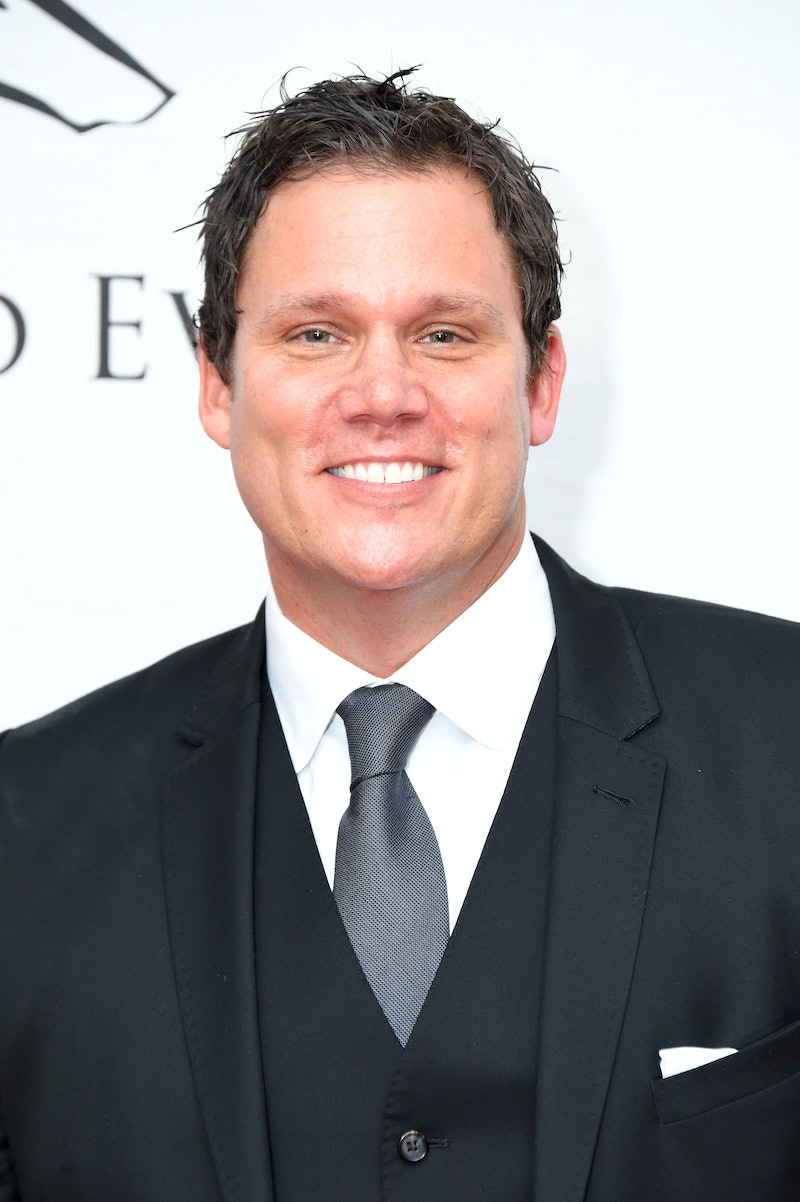 It’s been 17 years since the inaugural season of The Bachelorette, and the cast members are now leading much different lives than when they first arrived at the mansion looking for love. That includes former Bachelor Bob Guiney, who is now, at 49, fully focused on being a parent.

After things didn’t work out between Guiney and the first Bachelorette, Trista Sutter, he led Season 4 of The Bachelor. He ended up picking (though not proposing to) mortgage broker Estella Gardinier, but the two broke up not long after the show ended, and Guiney moved on rather quickly. In July 2004, he married All My Children star Rebecca Budig. Six years later, they announced their decision to separate. Guiney then married Jessica Canyon in November 2016, and the couple welcomed their son Grayson in December 2018.

“I’m living in Seattle with my wife and new son Grayson, who is taking up all my time these days, which I love!" Guiney told Us Weekly in June. "I still do a ton of hosting for different live events and I go back and forth to New York twice a month to be on The Today Show. Life is going very well.”

While quarantining during the coronavirus pandemic, Guiney obviously hasn’t been doing as much traveling, but he’s still making virtual appearances here and there. On June 15, he joined Portland local news channel KOIN’s AM Extra segment to talk about Father’s Day gifts. And in April, he was featured on The Drew & Mike Show, a podcast created by former Detroit sportscaster Drew Lane. When Lane asked Guiney if he’d ever do a Bachelor-related podcast, the former Bachelor admitted that he probably couldn’t because — gasp — he doesn’t watch the show.

“I don’t want to have to watch it,” he said, adding that he’d rather chat about music and his charity cover band Band From TV, which he formed with Alias alum Greg Grunberg and Desperate Housewives star James Denton, among other celebrities. Guiney told Lane that the group plans to tour again once it’s safe to do so.

Until then, his family is keeping him plenty busy. On July 1, Guiney shared an Instagram video of Grayson pushing his toy car around the house. “Question: ‘What’s been your summer workout?’” he captioned the clip. “Answer: @graysonguiney.”

More like this
This 'Bachelor' Contestant Had The Best Reaction To Wearing The Same Dress As Another Woman
By Grace Wehniainen
A Guide To All Of Zach Shallcross' 'Bachelor' Filming Locations
By Brad Witter
Brooklyn From 'The Bachelor' May Have Accidentally Predicted Her Time On The Show On IG
By Grace Wehniainen
'The Bachelor' 2023 Schedule Differs From Last Season In 1 Key Way
By Grace Wehniainen
Get Even More From Bustle — Sign Up For The Newsletter
From hair trends to relationship advice, our daily newsletter has everything you need to sound like a person who’s on TikTok, even if you aren’t.