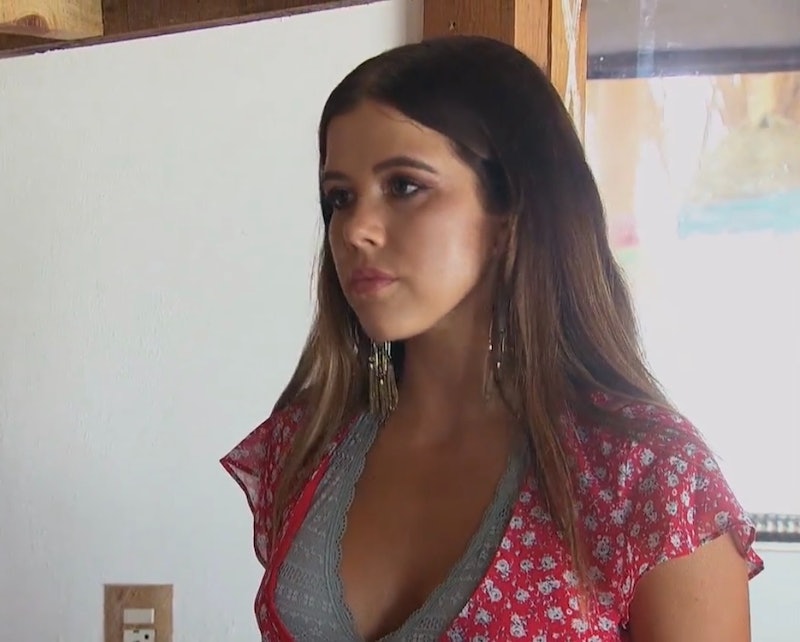 After making her mark as the virgin waiting to have sex until marriage on Nick Viall's Season of The Bachelor and earning the "Scallop Fingers" nickname on Bachelor in Paradise Season 4, Christen Whitney's life in 2020 is all about business. Now a Nashville-area realtor, the Oklahoma-born former wedding videographer has been the Director of Business Development for CLOSED Title since Sept. 2019, according to her LinkedIn. In the latter role, her profile states that she partners with brokers across Tennessee and Florida and connects them with the latest title technology.

Since appearing on BiP in 2017, Christen has also reflected on her time on the spinoff, revealing she "had no idea how the whole scallop thing was going to go down," on Bachelor alum Olivia Caridi's Mouthing Off With Olivia podcast. Christen confessed she "was freaking out so much" when the episodes ended up airing, but eventually took the joking in stride. "At first I was like, 'Dang, these people have been talking about me this whole time and, like, mocking me,' but when I watch it back I think it's really funny," she added.

After her elimination from BiP in Week 4, she explained on a July 2019 episode of the Sarah Scoop podcast that she does have another regret. "If I could go back and do it again I wouldn't have had asked Matt [Munson] on that date," she explained of the lead-up to her drama with fellow contestant Jasmine Goode.

After BiP, Christen returned to reality TV for another ABC dating show, The Proposal in 2018, calling it "the cringiest thing I’ve ever done" on Instagram. Despite making it to the final round, she didn't end up engaged in the end. "In all seriousness, I like to live my life to the fullest/take risks, and have fun," she wrote. "I never want to be someone who sits on the sidelines of my own life. I’m grateful to ABC for all of these adventurous opportunities!"

With the benefit of hindsight, she also shared some advice for future Bachelor Nation contestants. "If you want to give it a shot, go for it," she added on the Sarah Scoop podcast. “Be your confident self. Be a personality, they don’t like boring. But I also will tell you to proceed with caution because there are only a handful of people who get that glory time on the show. It's not all red roses — a lot of people get really negative edits and it impacts them very negatively. A lot of it is out of your control. But if you’re brave, tough, and resilient, it is worth it."

More like this
Here’s Everyone Heading To The Beach On 'Bachelor In Paradise' Season 8
By Grace Wehniainen
Are Brandon & Serene Still Together After 'Bachelor In Paradise'?
By Kadin Burnett
The New Bachelor Will Be Announced Next Week & Here Are The Top Contenders
By Grace Wehniainen
Where Is Former Bachelor Host Chris Harrison Now & What Is His Net Worth?
By Hugh McIntyre
Get Even More From Bustle — Sign Up For The Newsletter