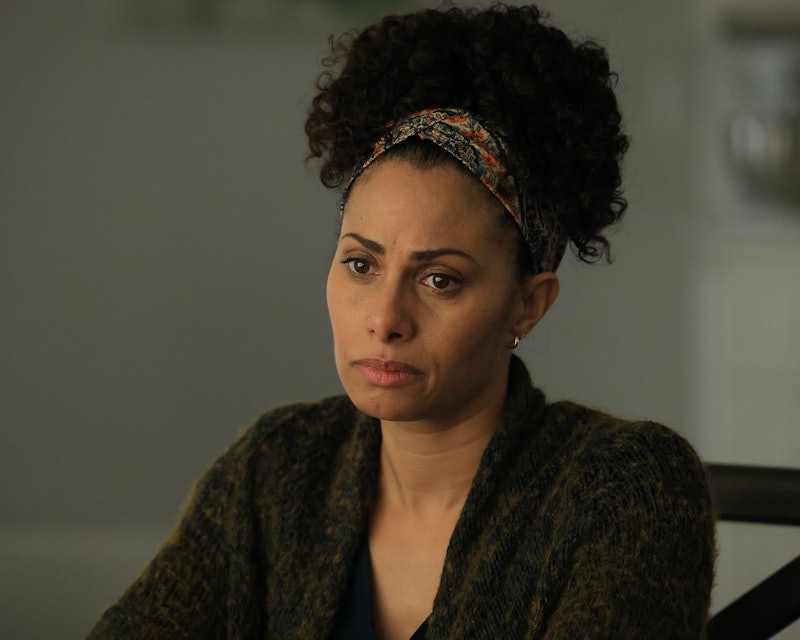 After being discharged from the hospital the same day, it seemed like Regina was on the mend. But in the May 19 episode, she began experiencing small memory lapses. At first, she couldn’t remember that Rome had changed the hall light. Then she forgot which was her pot pie dough and which was her biscuit dough. The moment that really pushed it over the edge is when she realized that she’d mistakenly put baking soda in a recipe instead of salt — thus ruining the dish.

As a professional chef with her own restaurant, these are not the kinds of mistakes Regina would usually be making, and she looked terrified when she realized her error. “Something’s wrong with me,” she told her mother. However, there may not be cause for her or fans to panic just yet.

Regina’s memory loss can easily be explained by her head injury. It’s possible it was a bit more serious than the doctors initially thought, but even mild traumatic brain injuries (TBIs) are known to cause symptoms that can appear days — or even weeks — later, according to the Mayo Clinic. Among the symptoms of mild TBIs are memory and concentration problems, while moderate to severe TBIs tend to cause “profound confusion,” “slurred speech,” an “inability to awaken from sleep,” and more. So far, Regina’s issues have been on the mild side.

People without a history of brain injuries are likely to heal fairly quickly from a mild issue. Per the CDC, mild TBIs tend to resolve within a couple of weeks, though sometimes people have symptoms that last for months or even longer. Regina should definitely see a doctor for her symptoms, but she doesn’t need to panic yet. She’s still healing and the chances are high that she’ll come out of this OK.

Of course, this is a TV show, and there’s always a possibility that there is something more serious going on. AMLT creator DJ Nash said that he has a dramatic finale planned that will somehow top last season’s ending, when Eddie got hit by a car and was paralyzed from the waist down. “Can’t wait for you all to see it. If you thought Eddie getting hit by a car was a cliffhanger...” Nash teased on Twitter.

There are just four more episodes before this season of AMLT ends, and Regina’s health struggles could conceivably be a big part of those remaining storylines. But the descriptions for the next two episodes don’t even mention her, so it’s more likely that whatever’s going on with her won’t end up being as prominent as some of the other storylines — like Eddie fighting for custody, Sophie dealing with her trauma after being sexually assaulted, and Gary and Darcy’s romance hitting a snag. Surely Regina’s memory problems will be a factor in these final episodes, but in the long term, she’ll probably be okay. After all, Rome’s been through enough without losing his wife, too.

More like this
At 28, Hilary Swank Was Prepping For 'Million Dollar Baby' & Hanging With Her Parrot
By Samantha Leach
Shonda Rhimes' Net Worth Makes Her One Of The Wealthiest People In TV History
By Hugh McIntyre
Caleb McLaughlin Details Racism From 'Stranger Things' Fans
By Radhika Menon
Friend Of The Family Kidnapper Robert Berchtold Saw Jan Broberg Again In 2004
By Brad Witter
Get Even More From Bustle — Sign Up For The Newsletter