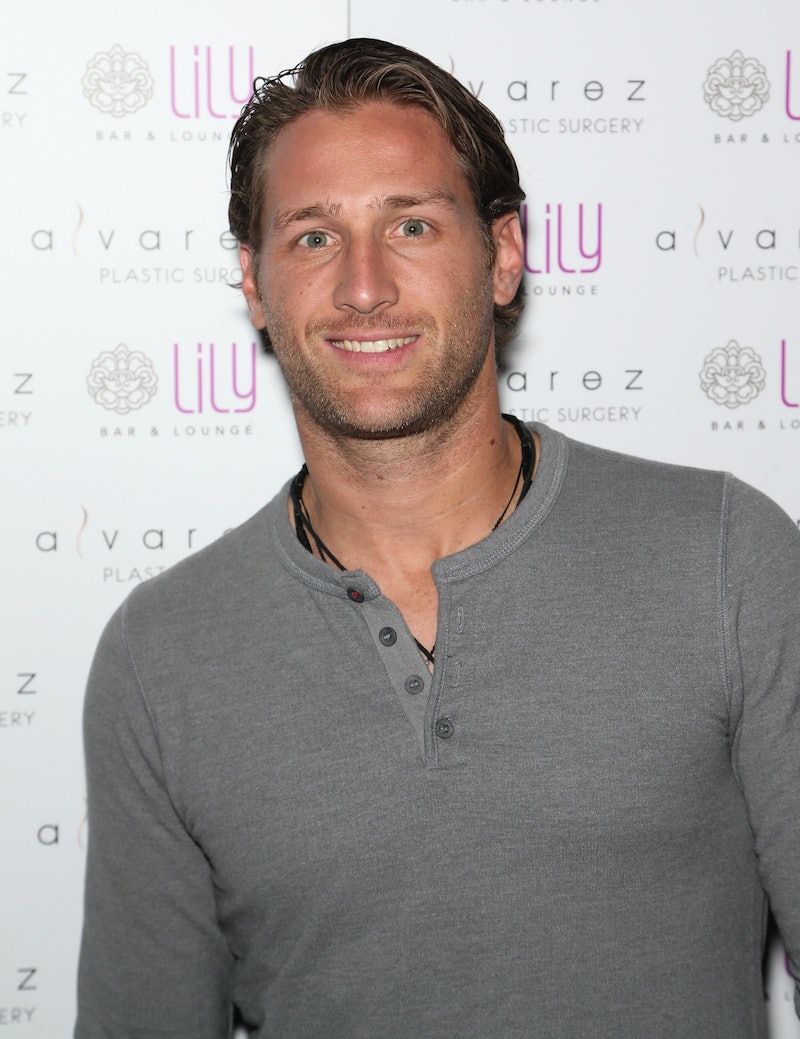 Former Bachelor Juan Pablo Galavis told Us Weekly last year that he doesn't keep up with The Bachelor franchise. But now that his ex Clare Crawley is set to be the next Bachelorette, Juan Pablo suddenly has a lot of opinions about the show.

Though the two ended things on frosty terms, Juan Pablo was initially supportive of Clare’s Bachelorette run. "For THOSE asking me about @Clare_Crawley as the NEW Bachelorette, I believe she is PERFECT for it. She DESERVES unconditional LOVE and a family," he tweeted. (Yes, he still capitalizes random words in his tweets all these years later.)

But things quickly took a turn. After Clare's men were announced, Juan Pablo criticized their ages. "I just SAW the GUYS for @Clare_Crawley Bachelorette season and its gonna be INTERESTING seeing HER get hit on by KIDS [in] their 20s... I think this MIGHT be the 3rd SEASON Im gonna watch," he wrote. Clare hit back, tweeting, "And yet here you are, older than 99% of them and still cant practice compassion and kindness."

Their feud has continued since then, with Juan Pablo most recently mocking The Bachelorette promo for showing clips of his Bachelor breakup with Clare. "Interesting PROMO of @Clare_Crawley and the season of @BacheloretteABC , 6 years LATER and I know WHO is the Juan that can’t get OVER Juan... Would LOVE if you take a GUESS? PS: Clare got over LONG time ago, just in CASE."

Aside from harassing Clare on Twitter, Juan Pablo recently got divorced after two years of marriage. According to Us Weekly, his ex-wife Osmariel Villalobos confirmed their split on Instagram in March (thought the post appears to have since been deleted).

"The happy endings in the stories of Disney are my favorites and I grew up yearning to marry a prince, have a beautiful home, a family and eventually a HAPPY ENDING, even though my marriage was not, at all well, I thank God for letting me live this experience and to continue staying in my hope that at some point, be able to live that fairy tale," Villalobos wrote. "I want to close this chapter of my life in the same way it began, with LOVE, because even though I didn’t have a fairy tale, Juan Pablo tried to make me happy and I [tried to] make him happy … and in reality that is most important. You deserve this clarification, and so here it is. We are divorced."

Juan Pablo and the Venezuelan TV host originally tied the knot in 2017, and by 2019, they were talking about having kids. Well, Juan Pablo was talking about it. "I am trying to find a way to trick [her] into getting pregnant," he told Us Weekly.

His marriage came several years after his 2014 split from his Bachelor winner Nikki Ferrell, who he famously refused to say "I love you" to at the end of the show. He did apparently get to that stage with Villalobos, but love alone wasn't enough to keep them together. Now, he's focused on the other love of his life: his 11-year-old daughter Camila. The two are big into TikTok, even making dance videos together in matching sweatsuits.

If Juan Pablo does watch Clare's season, he's likely to have a lot more to say about it, and Clare will likely have a lot to say right back. She let him know exactly what she thought of him when they broke up on The Bachelor, and it doesn’t seem like her feelings have changed.

This article was originally published on Feb. 13, 2018