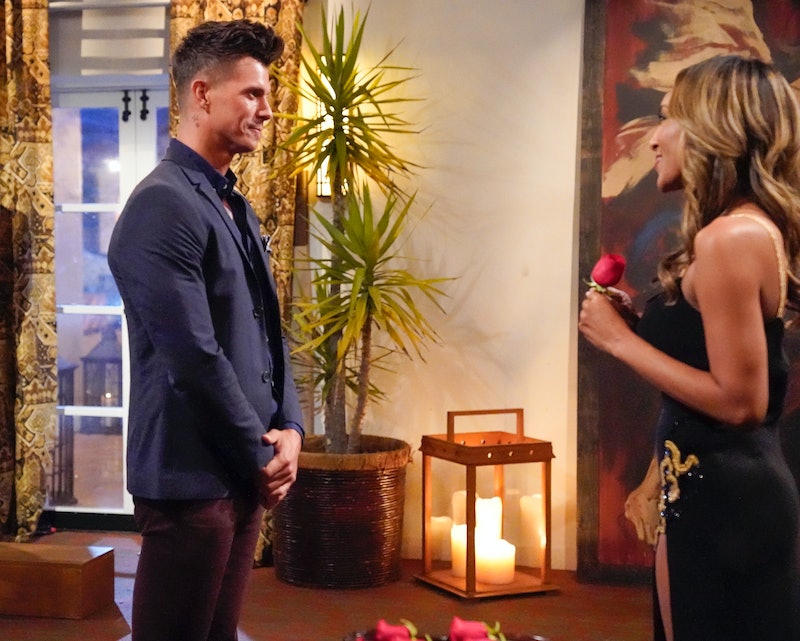 With two different Bachelorettes and several in-house feuds, The Bachelorette: Men Tell All special will undoubtedly be where the men reignite old arguments and reflect on the unprecedented season. One former contestant who will make an appearance is Speedo-wearer and boy band manager Kenny, who was eliminated in Week 7 by Tayshia. He never managed to cinch a one-on-one date with Tayshia, but after The Bachelorette, Kenny reflected fondly on his time on the show with The Chicago Tribune.

The last Bachelor Nation saw of Kenny, he attempted to rhyme "heart" with "start" in his musical number and had to fake an orgasm over loudspeakers. He also ended up stripping down quite a few times, but the 39-year-old contestant seems to be taking the entire experience in stride. "Somehow I ended up naked all the time on the show,” he told the outlet. But he noted he's been a model for over 10 years, so "that stuff doesn’t even bother me, to be honest,” he said. “I think that’s why I was so comfortable with it on the show, like, I didn’t care. A lot of the guys were not comfortable with it, but for me, it was sort of just like business as usual I guess.”

He also admitted that he was glad when Clare left with Dale and was replaced by Tayshia. "I’m not sure if everybody knew, but I knew she was for sure into Dale and really didn’t have any interest in anybody else," he said. "Once she finally did leave, I felt a sense of closure. I felt good, to be honest, because I knew we didn’t have to keep wondering what the Hell was going on.” And when it came to Tayshia, he also saw that the two of them just weren't on the same page, so it made sense she let him go.

But even though Kenny doesn't seem to hold any ill will towards the two Bachelorettes, that doesn't mean his time in the house was without drama. In the preview for the Men Tell All special, Ed is seen calling someone "a fraud, a fake and phony" before the camera pans over to Kenny. In the next scene, Kenny is yelling at someone that they "stir the f*cking pot." While the previews are often edited in a clever way, it's clear Kenny has some stuff to get off his chest.

Today, Kenny is still single, and he expressed hopes of joining Bachelor in Paradise (which is currently still on hiatus). Due to the pandemic, his boy band cover band hasn't been able to perform live for most of this year. He's also been modeling “here and there,” but “it’s been pretty rough," he told the Chicago Tribune. In the meantime, his Instagram shows he's been hanging out with his family and his giant great dane, and of course, showing off his abs and underwear.