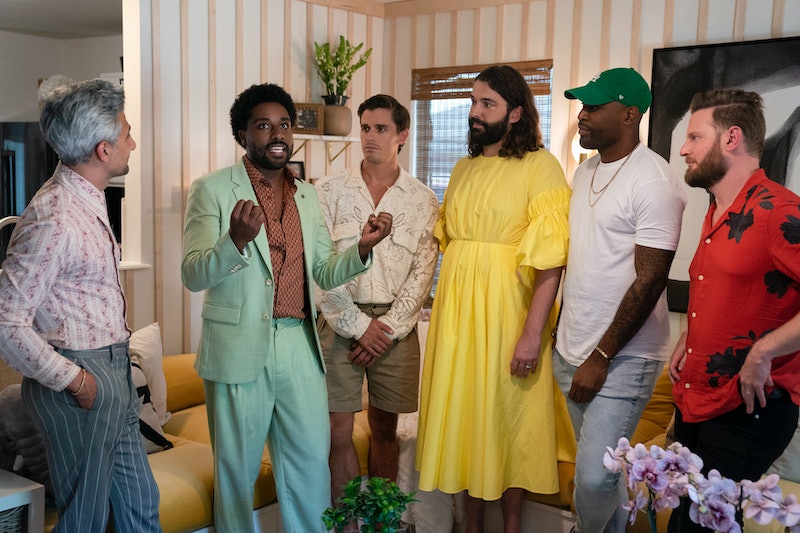 The final episode of Queer Eye Season 6 focuses on Reggie DeVore, an Austin producer and musician who performs under the name BlackLight. After opening for Katy Perry and Dua Lipa in India, his career began to really take off in 2019. But then COVID hit, and that momentum plummeted. “My goals were definitely halted,” he admits on the show.

Reggie used to create as many as three beats a day. He says that though during COVID, he produced more music for other people than ever before, he only made one song for himself. “I’ve lost the drive, motivation, and a little bit even the want to be an artist anymore,” he explains.

He adds that he used to love what he did, but lockdown made him question if he was truly meant to be an artist. However, Reggie comes to realize that he does want to continue pursuing his own music career by the end of the episode. “My son has this cooking thing that he’s very passionate about. My wife is an author. If I gave up on my dream, what is that saying to them?” he tells Karamo. The episode culminates in a live show at Empire ATX, where Reggie performs the closing act.

Since filming the show, Reggie has continued to rap, and has even made plans to take the Empire stage once more. In a Dec. 22 Instagram post, he announced that he’ll perform on Feb. 19 alongside The Capitol and Uncommon People. Tickets for the event are currently available on Reggie’s BlackLight website. He also continues to produce music for other artists. On Oct. 24, he posted on Instagram that he worked at the Austin Film Festival, and he offers audio engineering services through his HeadBang Recordings business.

Reggie has been spending time with his family as well, from teaching his son Reggie how to change break pads to showing his newborn baby Stokely the ropes in the studio. In an Aug. 11 Instagram post, Reggie teased that he has much more in store for 2022. “I have to thank my angels and the universe for all the seeds I have been able plant this year, and I feel the harvest is coming soon,” he wrote. “All things considered it has been a very productive quarter for my team and I. Still writing ... still spending time with the fam! New music! New videos coming soon!”