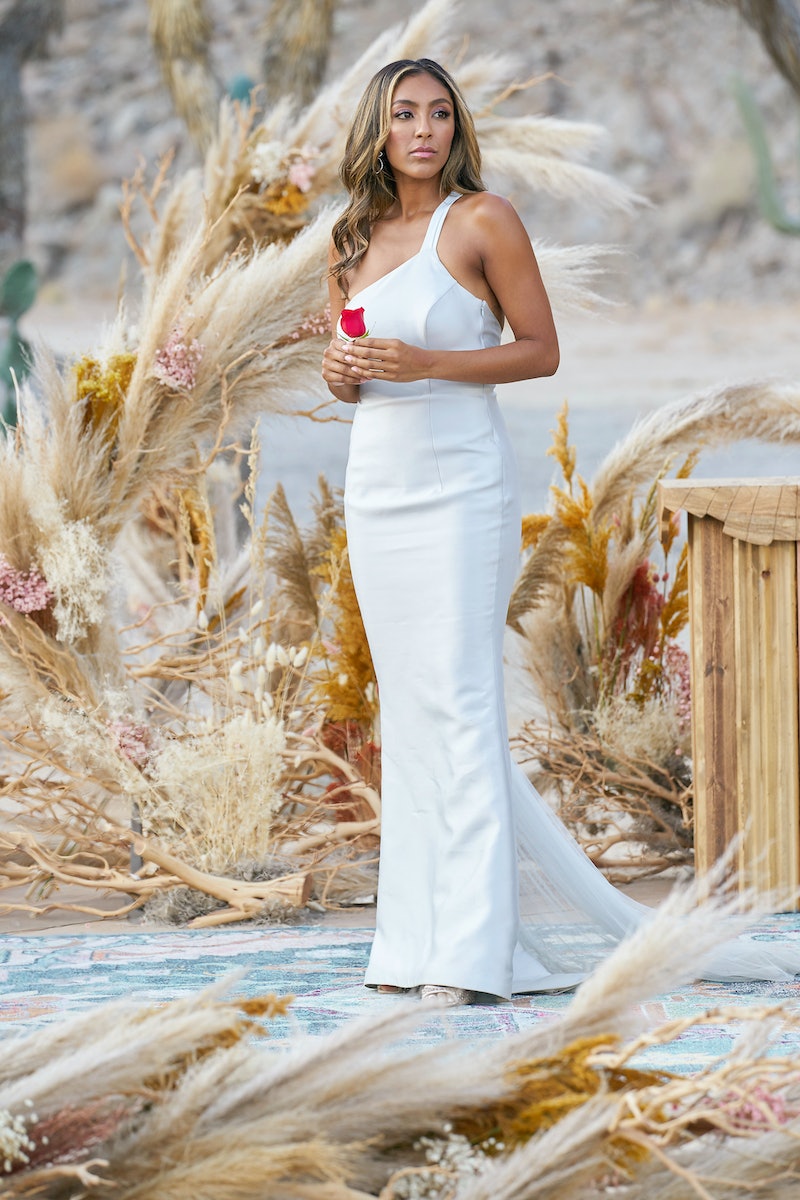 Tayshia Adams is in the final stretch of her Bachelorette season, but there's reason to believe she walks away from the show single. In a preview for Tayshia's Bachelorette finale, her dad warns that he doesn't want her to make "the biggest mistake of [her] life," and she's later shown crying alone with her final rose still in hand.

That could just be clever editing, but in an already unusual season, it wouldn't be that surprising if Tayshia doesn't get engaged. Before the fantasy suite dates, she told JoJo Fletcher that she could "absolutely" see herself falling for more than one person, and she seems to be equally torn between her final men. After a long ice bath smooch and a night under the stars with Ivan, Tayshia told the cameras that she could see herself with him at the end. Similarly, she told Zac she loved him and even said she hadn't "ever felt this way before." On the other hand, she was devastated when Brendan self-eliminated after admitting he was still healing from his divorce. And then there was Ben, who returned to proclaim his love for after realizing he blew it by not telling her sooner. "What do I do with that?" Tayshia said at the end of the episode.

With all of those factors in play, Tayshia may decide not to forge ahead with any of the men. She's been very careful to keep all possible clues about how her season plays out off of social media, but she did recently post a pretty pensive reflection about her time on the show. "This whole reality TV thing isn’t easy. Being only human, sometimes all of this is taxing," she wrote in a Dec. 19 Instagram post. She noted that while the experience was "challenging," it also brought her "so much hope, cheer and joy." Ultimately, she said that she "genuinely gave it my all during the whole experience and will take something away from each of the men I had the opportunity to meet and connect with."

That doesn't exactly sound like the words of someone who's happily engaged, but it doesn't seem like Tayshia is letting any of that get to her. After The Bachelorette finished filming in September, Tayshia posted a cheerful selfie with the caption, "Hiiiiiii, it's been a minute!" She didn't appear to be wearing a ring in the photo, though that's par for the course to avoid spoilers. Later, she shared pictures of her seafood and wine dinner at Nobu Restaurant with her best friend. "Nothin like HOME," she captioned one of the pictures.

Since then, Tayshia has continued to keep busy. She's done everything from brunching and enjoying the beach to hosting Clickbait, her own Bachelor Nation podcast.

In October, she encouraged everyone to vote by mail, and in November she presented at the American Music Awards.

She's also shared her own recipes for margaritas, rode a tandem bike with family on Thanksgiving, and posted her own makeup tutorials on Instagram. Regardless of who (if anyone) Tayshia ends up with, she seems to be doing just fine.