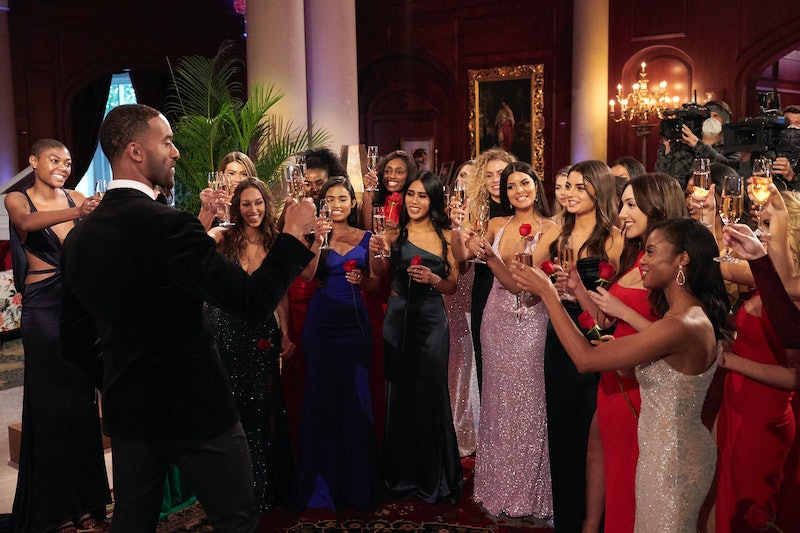 Thanks to the trailer for Matt James' Bachelor season, we know we've yet to meet all of his contestants. At some point on the show, five new women will arrive to compete for his final rose. And the other women won't be happy about it. "Who the f*ck are these random ass hoes coming into the house?" Queen Victoria opines.

Another contestant mentions in the voiceover that by then, they've known Matt "for weeks." But Bachelor blogger Reality Steve reports they're coming sooner rather than later: after the second rose ceremony, to be exact. So fans can expect to see arrivals Brittany Galvin, Catalina Morales, Kim Li, Michelle Young, and Ryan Clator shake things up in Episode 4.

They won't be the only ones crashing the season, either. The preview teases that Heather Martin from Colton Underwood's Bachelor season will show up at some point, prompting host Chris Harrison to warn her she she "could honestly destroy this whole thing" for Matt. Though Heather said Matt was worth the stress, at least one woman wasn't pleased. "You already had your f*cking shot at a Bachelor," she tells her costars in one scene. "Like, go home."

Whether or not Matt asks her to do that, Heather apparently showed up with marriage on the brain. "She felt for sure this was her husband and basically did anything she could to get there and track him down," ABC executive Rob Mills explained on the Jan. 5 episode of Julia Cunningham's Bachelor Recap podcast.