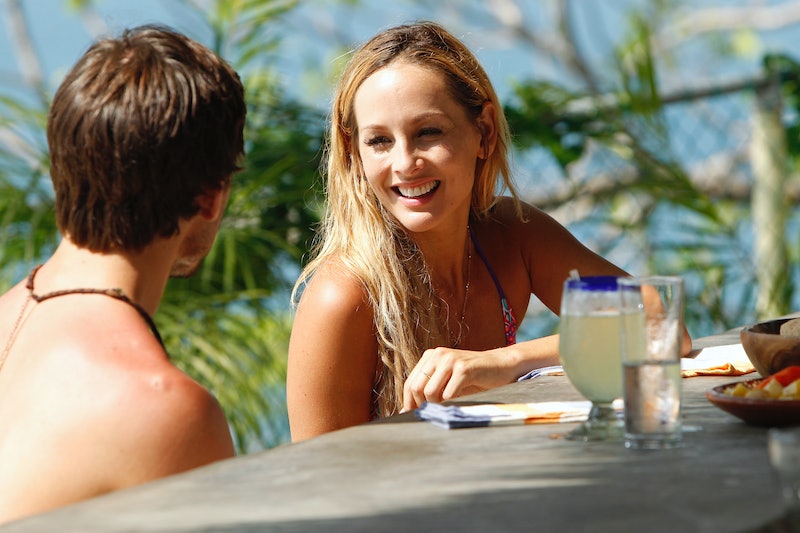 It feels like years have passed since Clare Crawley was announced as the next Bachelorette. But several months after coronavirus inevitably delayed the scheduled May premiere, ABC finally announced that Clare’s Bachelorette season will premiere on Oct. 13. And the pandemic is just the beginning of the drama to come.

In a first for the show, Tayshia Adams will reportedly step in as the Bachelorette after Clare falls in love with one of her suitors. ABC has not confirmed the reports, nor have Clare and Tayshia. However, Chris Harrison alluded to the change-up in an Instagram post teasing the new season, calling it “twice as good as any other.” Clare also seemed to confirm the news by liking and then unliking a tweet about Tayshia becoming the Bachelorette, per Deadline. The man Clare reportedly leaves the show for is 31-year-old former NFL player Dale Moss.

It’s not entirely surprising that Clare would end her Bachelorette journey prematurely. Heading into the season, she knew exactly what she wanted. "I want a man comfortable in stuff he's been through and self-aware enough to know what he's learned," Clare told People. "I need a level of maturity for sure."

She added that she’s looking for someone who “can bring home and watch TV with on a Friday night, who doesn't want to be in the spotlight,” and that she's not interested in anyone who's too concerned with his appearance. "I love a dad bod!" she exclaimed. She also said she loves "[a] good scruff. And I'm a sucker for a tall guy,” but that ultimately, “personalities are what attracts me."

Whether or not Dale is the man who met that criteria, we’ll find out in a few weeks.