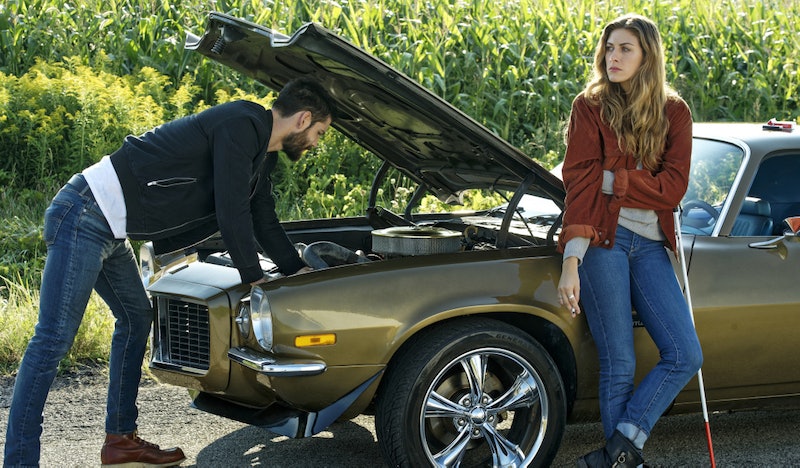 The CW has continued to diversify its offerings in recent years. After looking like it was turning into the DC Comics Channel for a while there, the network has unveiled several unique and different shows like Roswell, New Mexico, Nancy Drew, and In the Dark. The latter series has been one of the more successful of The CW’s new additions, with a third season having already been greenlit by the network before Season 2 even premiered. So now that Season 2 is coming to an end on July 10, the question remains: when does In the Dark Season 3 premiere?

Like pretty much every TV production at the moment, the future is murky for In the Dark. The coronavirus pandemic halted television production worldwide months ago as series struggled with trying to keep their crews and cast safe. And while the U.S. continues to see record-breaking surges occurring in multiple states, including California, many other countries have been able to get their virus numbers under control. As a result, TV and film productions have resumed in some countries, which may be good news for In the Dark.

The series’ second season filmed at CBS's new studio, CBS Stages Canada, which is located just outside of Toronto in Mississauga, Ontario. It’s unclear if the third season will film in the same studio, but the second season’s production filmed there from Aug 19, 2019 to Jan 27, 2020. According to the local motion picture workers’ union website, no productions have filmed in the studio since Feb 19, but other studios in the area continued filming through May, and some productions are slated to begin in July. With Canada’s virus numbers trending downward, it’s possible that Season 3 of In the Dark could see a production start time in Aug, which would keep it on the same production schedule as last year. If that happens, then Season 3 could very well premiere in April, 2021, which would follow the precedent of the first two seasons.

As you notice, however, there are a whole lot of “ifs” in the above paragraph. The truth is, no set date has yet been announced for when Season 3 of In the Dark could begin filming — let alone when it might air on the CW. The ever-present threat of COVID-19 remains a major factor for productions that are looking to resume, but the CW does appear to have a plan in place. The network has already reworked its schedule for the upcoming TV season, delaying its fall season premieres to Jan, 2021, with production on delayed series like The Flash and Riverdale expected to begin in Canada in July, according to Digital Spy. The network currently has In the Dark slated for a mid-season premiere, according to The Hollywood Reporter, which would normally place it in April. But with the September premieres being pushed to January, THR speculates that mid-season series like In the Dark may not see any 2021 airtime until June.

Whether In the Dark Season 3 premieres in April, June, or even later, the good news for fans is that the show is definitely coming back — and will almost certainly do so in 2021.