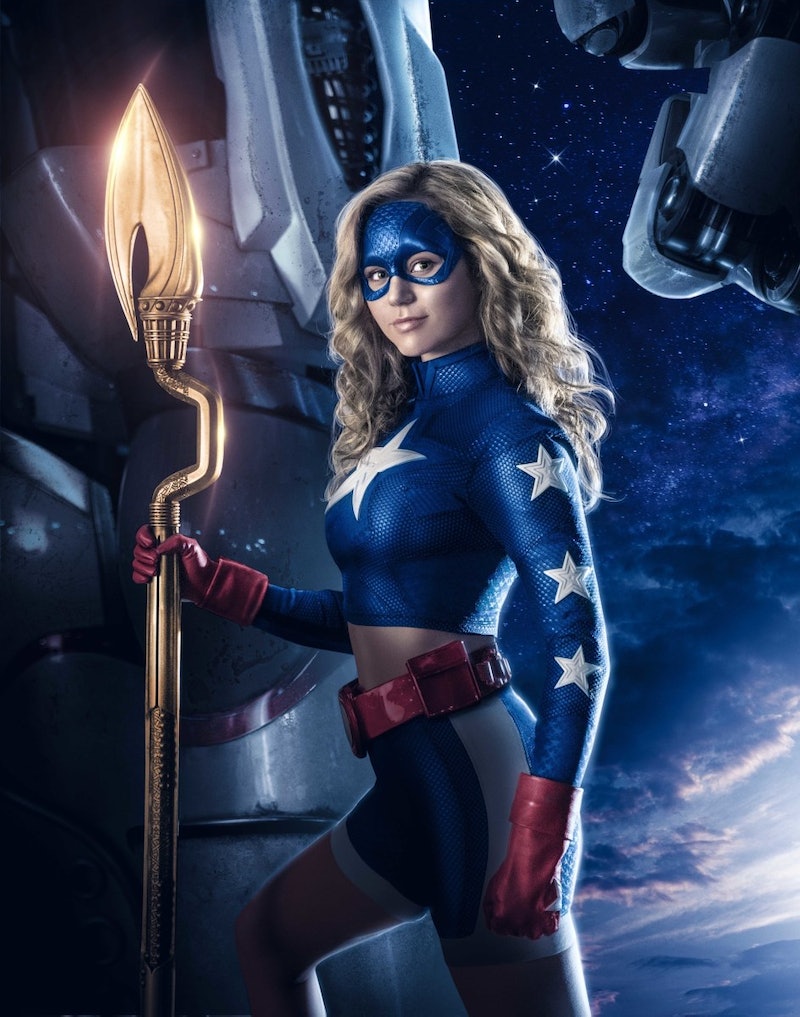 There's going to be a new hero joining The CW's growing roster of DC favorites soon. On Thursday, DC Universe announced Stargirl's The CW premiere date is expected to be just around the corner in Spring 2020. That's the right, the new woman-led superhero series will be soaring to TV screens in addition to streaming on DC Universe, thanks to the two companies reaching an agreement to share the exciting sounding new series.

Originally, Stargirl was set to be a DC Universe exclusive, like Titans and Swamp Thing, but they reached a deal to make The CW the show's linear home. In the process, the superhero series will reach a much larger audience. Per the network's official press release, new episodes of Stargirl will premiere weekly on DC Universe, and then 24 hours after their initial streaming premiere, episodes will air on The CW as well. Additionally, at the end of the season, all episodes will be available to stream on The CW's free, ad-supported platform.

This is good news for superhero fans, because although Stargirl is hardly a household name, she's adding a brand new perspective to the DC Universe. Based on the Stars and STRIPE and the Justice Society comics, the show follows high school sophomore Courtney Whitmore (played by Brec Bassinger) as she rallies a group of young heroes to help her fight the villains of the past. In addition to Bassinger, the show also stars Amy Smart, Luke Wilson, Joel McHale, Neil Jackson, Meg DeLacy, Trae Romano, and newcomer Hunter Sansone.

In a July interview with The Hollywood Reporter, executive producer Geoff Johns described the upcoming Stargirl series as "Spider-Man: Homecoming and Buffy the Vampire Slayer" combined. The show's not just going to be about the main character taking down villains and dealing with high school either, it's also a family drama about Courtney adjusting to moving to Nebraska after her mom gets remarried. Basically, the show sounds like a perfect fit for The CW, even though it was developed for DC Universe.

Stargirl is deeply personal for Johns, who created the comic book character to honor his sister who tragically died in a 1996 plane crash. And as far as he's concerned Bassinger is the perfect actor to play Courtney. "There is no other character in comic books more special to me than Stargirl, and after searching far and wide I can say there is no other actor on the planet that embodies her more than Brec Bassinger," he told THR in 2018.

Now, thanks to DC Universe's deal with The CW, Stargirl's reach won't be limited by a streaming wall.