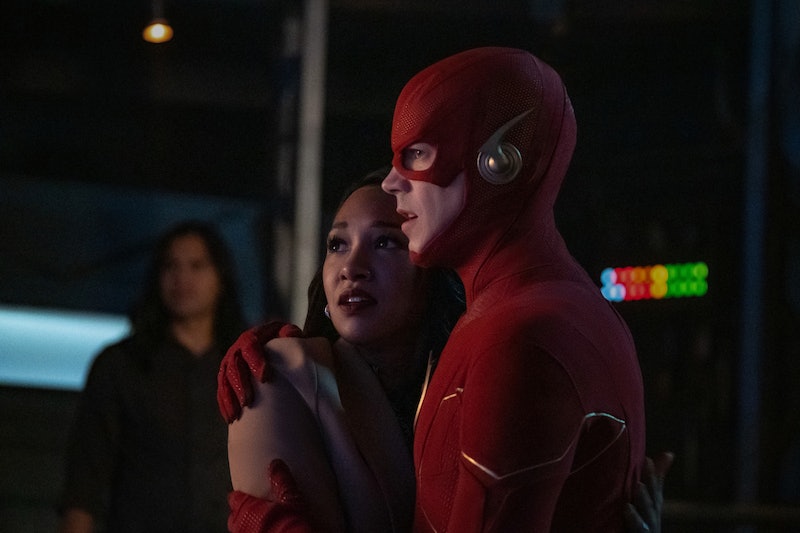 As the entertainment industry continues to adapt to the coronavirus pandemic, The CW is postponing The Flash, Legacies, and Supernatural's season endings, Variety reported on Thursday. All three series were among those forced to halt production due to COVID-19 before shooting their final episodes. According to a network source who spoke with the outlet, they'll now air at an undetermined time later in 2020. Insiders added that new episodes that were filmed prior to the shutdown will continue to air as scheduled over the next several weeks.

As far as The Flash goes, Variety reported there are enough future installments already in the can to carry the DC Comics show through May 19. At that point, however, the series, which stars Grant Gustin in the titular role, will go on hiatus, with the hope of finishing Season 6 later in the year. At that time, new DC superhero drama Stargirl will fill its Tuesday CW time slot.

Meanwhile, the March 26 Legacies episode was the last one to be shot before production was postponed. Variety's sources claim the network currently plans to wrap the fantasy drama's second season later in 2020. TVLine reported that In The Dark Season 2 is slated to fill the hole in The CW's Thursday night lineup beginning April 16.

Meanwhile, Supernatural co-showrunner Andrew Dabb Tweeted that the March 23 episode will be the last one "for a while." He explained that they'd filmed through episode 18 of the fantasy series' fifteenth and final season, but the visual effects and sound departments closed before they were all finished. Dabb teased there are some "special treats" on the way "to help us all get through this," however. "We, the CW, and Warner Bros fully intend to return and finish the series," he added. "It's not a matter of 'if,' it's a matter of 'when.'"

The three CW series are among the more than 100 TV shows and movies impacted by coronavirus. Netflix's Stranger Things Season 4, ABC's Grey's Anatomy and The Bachelorette, Apple TV's The Morning Show, and The CW's Riverdale are a few of the major projects to halt production. Additionally, premieres of films including Black Widow, Wonder Woman 1984, and The Batman have also been postponed.

If you think you're showing symptoms of coronavirus, which include fever, shortness of breath, and coughing, call NHS 111 in the UK or visit the CDC website in the U.S. for up-to-date information and resources. You can find all Bustle's coverage of coronavirus here, and UK-specific updates on coronavirus here.