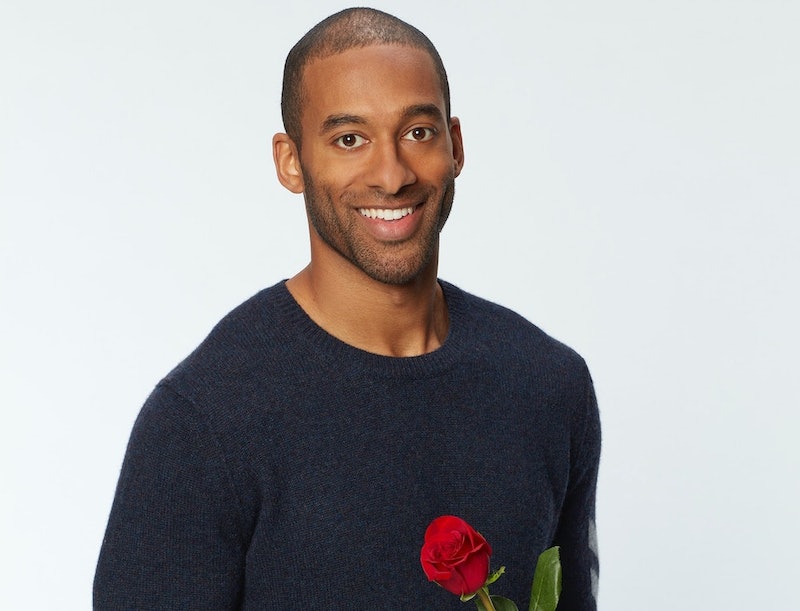 Bachelor Nation, rejoice! ABC has announced an official premiere date for Matt James' historic season of The Bachelor. Season 25 will debut on Monday, Jan. 4, at 8 p.m., ushering in the franchise's first-ever Black male lead. And while Clare Crawley and Tayshia Adams' joint Bachelorette season has been turbulent and unorthodox from the start, host Chris Harrison assured fans that Matt's journey to find love is charting a much smoother course in the reality TV waters.

Like the current season of The Bachelorette, Matt's will be filmed at one location: Nemacolin Woodlands Resort, a four-star resort in Pennsylvania. Harrison told Entertainment Tonight last week that filming, which began in September, has followed the "blueprint and the formula we used to shoot Clare's season" — and it's working out well. "I can tell you it's working, it's successful and — knock on wood — it'll continue to be successful," he said.

ABC Entertainment's Rob Mills echoed the same sentiments in a separate interview. "It was so interesting because Matt is not on the season of The Bachelorette, and the reason why we take leads from a previous season is because you know them so well and we can predict which person he might like or not, but we just didn’t know at all," Mills told Variety in October. "It was really fun to watch him interact with everyone, and the women were so fantastic. It couldn't have gone better."

ABC offered a first look at some of Matt's potential contestants in October with names, hometowns, ages, and photos, though nothing has been solidified yet. Matt had previously expressed a desire for a diverse set of contestants in an interview with Good Morning America in June, and it looks like the producers delivered. 28 of the 43 contestants featured were non-white.

Matt and his best friend Tyler Cameron both appeared on The Bachelor: The Greatest Seasons — Ever! in June to discuss his ideal match. "I think what you're going to look for is someone who kind of resembles his mother," Tyler said. "His mother is one of the sweetest ladies — very loving, caring, compassionate, ready to serve others." He added that Matt needs "someone who is ready to get on the ground" with him and "change the world" — "because that's what Matt is going to do: Matt's going to change the world, and [he needs] someone that's going to take on that challenge with him."