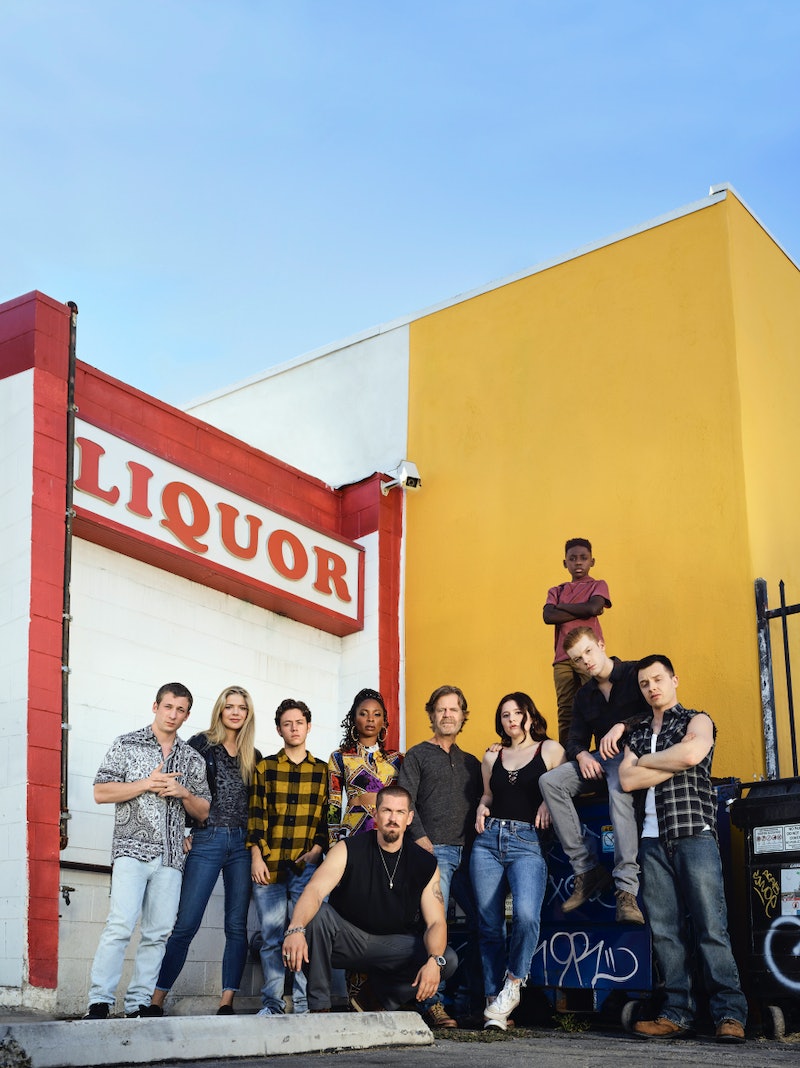 Fans were concerned about the fate of Shameless when Emmy Rossum's Fiona left the show in Season 9. But after Fiona passed the torch to her little sister Debbie (Emma Kenney), the family pressed on to Season 10. Now, Shameless is set to end with Season 11. But due to coronavirus, the season premiere has been indefinitely postponed.

On March 18, Kenney shared an Instagram post announcing that filming for Season 11 was supposed to begin that day. "We were supposed to start production on our 11th and final season today, but unfortunately/ fortunately, we have been shut down indefinitely until this health crisis is over," she wrote. "Stay safe and isolated everyone!"

The longer filming is delayed, the more complicated scheduling will become, as Kenney and her co-stars have other acting commitments to balance. Namely, Kenney is typically able to film Shameless as well as her role as Harris on The Conners without issue, but that may not be the case this year.

"They now may start shooting around the same time we [do]," The Conners executive producer Bruce Helford told TVLine. "[Kenney]'s become like the co-lead on that show after Emmy Rossum left, so it's going to be tricky. We always find ways to work around schedules. We like the actors being able to explore other things. We'll make it work."

Shameless was renewed in January at the 2020 Winter Television Critics Association Press Tour. “Airing this summer, it will be one last hurrah for the Gallaghers and their unique blend of love and lechery,” said Showtime's president of entertainment, Gary Levine, per Deadline. “[Series creator] John Wells and his gifted cast promise to take Shameless out for a bang, and knowing Gallaghers we all as we all do, that is no idle threat.”

Season 11 will be the second season without Fiona, unless she decides to return for the show's final curtain call, which isn't out of the question: Cameron Monaghan, who plays Ian Gallagher, has already returned after a temporary hiatus. His reunion with (and eventual engagement to) his ex-boyfriend Mickey Milkovich and their time as prison cellmates played a significant role in Season 10.

"I would never close my door on the family," Rossum told Entertainment Weekly after her exit. "They should just think of me being down the block. I’m just in New York. It’s not like I’ll never be in LA or Chicago ever again, so I’m not that far away. But for me, quite honestly, I’m not sure what more story can be told for her. I really liked the way we ended it. But never say never; I really love all the people I work with."

Ahead of the Season 10 premiere, Wells told Deadline he was hopeful for a Fiona cameo. "I think she will, but you know, I don’t know," he said. "She has been nothing but a pleasure to work with, and she’s obviously a very talented actress, but she’s also a very talented writer and director, and she’s interested in exploring some other things creatively for herself. I’m hoping when I call her that she’ll say, 'Sure, I’ll do it,' here and there, and if not, I’ll completely understand and still love her."

Rossum's latest role in Angelyne, a show adapted from an investigative feature published in The Hollywood Reporter, is also in limbo due to coronavirus, so perhaps the stars will align for one last Shameless appearance.

This article was originally published on Jan. 26, 2020