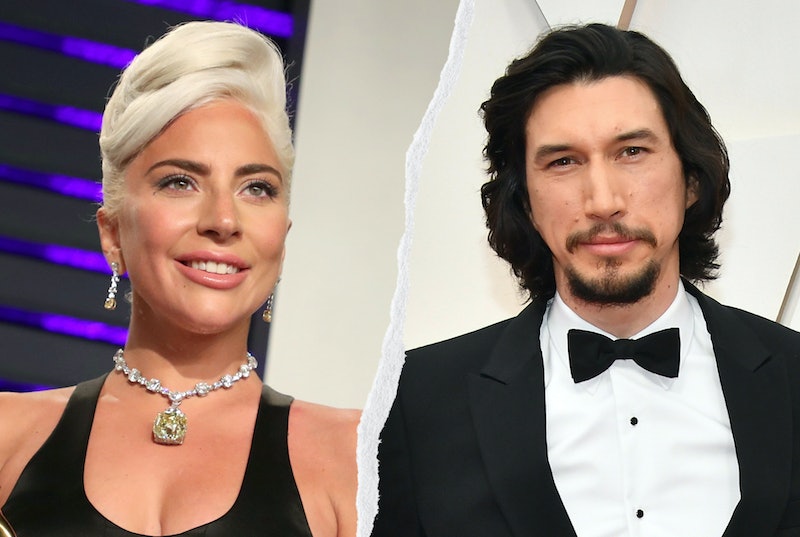 By now, we’ve all seen the new pic of Adam Driver kitted out in a deliciously delightful cable knit jumper, standing next to a glam-looking Lady Gaga (is there anything she can’t do?!) to promote an upcoming movie about a murder within the Gucci dynasty. It’s certainly drummed up some real excitement, but the real question remains: when is the House Of Gucci film out in the UK?

Well, there are no solid reports on whether there will be a separate UK an U.S. release, but it’s currently being reported by several publications that House Of Gucci will hit cinemas in November 2021 (either Nov. 24 or Nov. 26, reports are mixed). I am praying this means we will get the movie over here ASAP, because this one looks like a real corker...

Starring Gaga and Driver as the two leads, House Of Gucci is based on a book by author Sara Gay Forden, titled, The House of Gucci: A Sensational Story of Murder, Madness, Glamour, and Greed. It tells the real-life story of Maurizio Gucci, who was assassinated by a hit man. Gucci’s ex-wife Patrizia Reggiani was eventually arrested for organising the murder, and spent 16 years in prison for the crime.

Maurizio Gucci — who is played by Driver in the film — was the grandson of Gucci’s founder, and was once at the helm of the fashion house himself. His wife Patrizia Reggiani (Gaga) was a socialite and fashion personality who is said to have orchestrated her ex-spouse’s murder in 1995, which took place outside his office.

The sensational story will be chronicled in the upcoming movie, which also stars Al Pacino as Aldo Gucci, Jared Leto as Paolo Gucci, Camille Cottin as Paola Franchi and Jeremy Irons as Rodolfo Gucci. It is currently being filmed in Italy, and is directed by Sir Ridley Scott.

As a Gaga stan myself, I seriously can’t wait for this one...

More like this
Rita Ora Finally Opened Up About Marrying Taika Waititi & Their "Perfect" Wedding
By Sophie McEvoy and Catharina Cheung
Channing Tatum “Nearly Killed” Salma Hayek During 'Magic Mike' Lap Dance
By Sam Ramsden
Jemima Khan Used Her Own Life As Inspo For 'What’s Love Got To Do With It?'
By Darshita Goyal
Gerard Butler Insisted On Adding This Pivotal Scene To 'Plane'
By Catharina Cheung
Get The Very Best Of Bustle/UK
Sign up for Bustle UK's twice-weekly newsletter, featuring the latest must-watch TV, moving personal stories, and expert advice on the hottest viral buys.