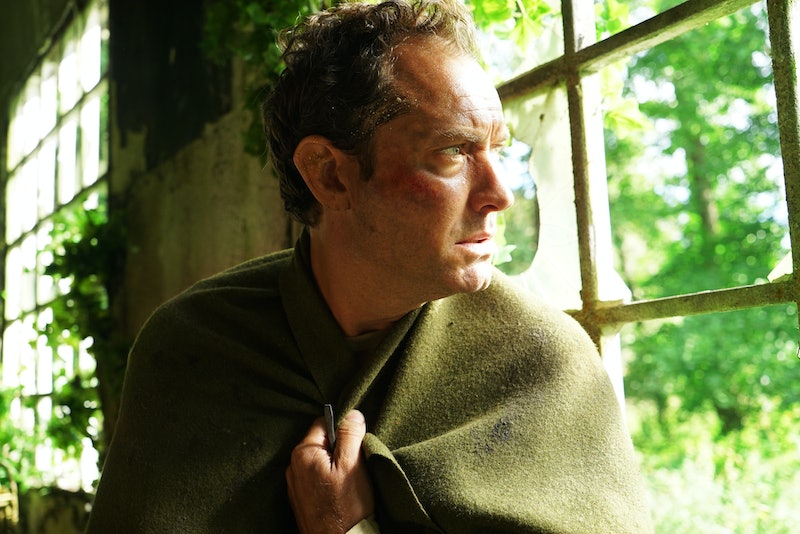 Starring Jude Law and Naomie Harris, The Third Day follows the individual journeys of a man and woman who arrive on a mysterious island off the British coast at different times. Split into two distinct chapters, the series will feature an innovative combination of traditional and live broadcasts, during which three interconnected stories unfold. If you're as excited as I am to delve into this groundbreaking new drama, you'll be happy to learn that Third Day UK release date is not far off at all.

The Third Day will arrive on Tuesday September 15 on Sky Atlantic and NOW TV. The six-episode series will be split into two halves, titled "Summer" and "Winter." The three "Summer" episodes will begin airing weekly from September 15 and the three "Winter" from October 6. But that's not all.

On Saturday, October 3, an experimental live event titled "Autumn" will be broadcast on the Sky Arts channel and online. The theatrical special was created by the Punchdrunk production company, and will follow a day in the life of the show's characters in real time. "Capturing events live and in one continuous take, this cinematic broadcast will invite viewers deeper into the mysterious and suspenseful world of The Third Day, and will blur and distort the lines between what’s real and what’s not,” Sky revealed in a statement.

The psychological thriller is set on an alluring and mysterious British island, and promises to take viewers on a journey into a "captivating and distortive world where all is not as it seems.”

Screenwriter Dennis Kelly of Utopia fame co-created the drama alongside Punchdrunk International's Felix Barrett. Commenting on the duo behind the series, Sky's Director of Drama, Cameron Roach, praised the "astonishing" story the pair managed to pull together.

"The Third Day is the result of the intoxicating combined imaginations of Dennis Kelly and Punchdrunk International’s Felix Barrett and have resulted in astonishing scripts," Roach said in a recent statement, adding, "To see them brought to life under the direction of Marc Munden and with Jude Law at the helm of what promises to be a world class cast, is an incredibly exciting prospect."

The Third Day begins on Tuesday, September 15 on Sky Atlantic and NOW TV.