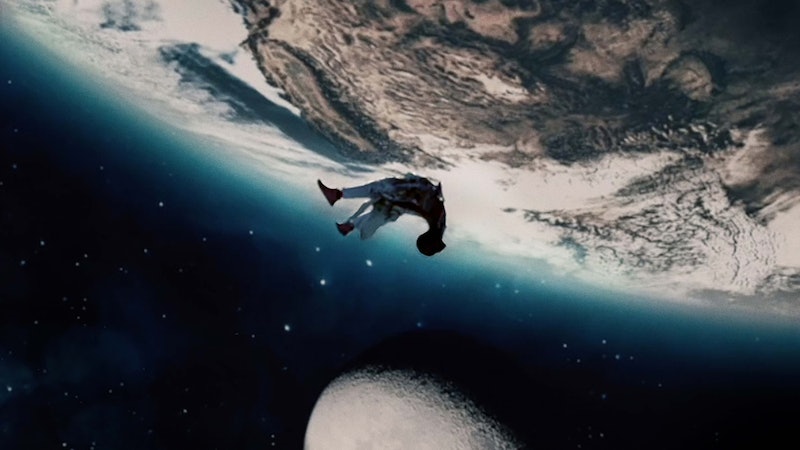 Beyoncé's Black is King, a film accompaniment to her album The Lion King: The Gift, is now on Disney+ and fans can finally see the passion project that she wrote, directed, and executive produced over the course of a year. But like all things Beyoncé, there's a lot of secrecy about the process. We do know that Black is King was shot practically all over the world, but with the coronavirus pandemic having been around for over six months now, fans are wondering when Beyoncé actually got to shoot it. So when was Black is King filmed?

As far as we can tell, Black is King finished shooting before the pandemic hit U.S. soil in early 2020. As Beyoncé detailed on her Instagram page, she's been working on Black is King for about a year. "It is my passion project that I have been filming, researching and editing day and night for the past year." According to social media posts by Beyoncé's collaborators in Ghana, Nigeria, and New York, shooting took place from about August to December of 2019. When the Black is King trailer first hit the web back at the end of June, post-production house Flawless Post Production revealed that they had been working on the film since December of 2019.

But more important than when the film shot is the timeliness of when it's coming out. With the ongoing Black Lives Matter protests sweeping the nation and the world, the fact that Beyoncé's said the film is "meant to celebrate the breadth and beauty of Black ancestry," it's coming out at just the right time.

"The events of 2020 have made the film’s vision and message even more relevant, as people across the world embark on a historic journey," Beyoncé continues on Instagram. "We are all in search of safety and light. Many of us want change. I believe that when Black people tell our own stories, we can shift the axis of the world and tell our REAL history of generational wealth and richness of soul that are not told in our history books."