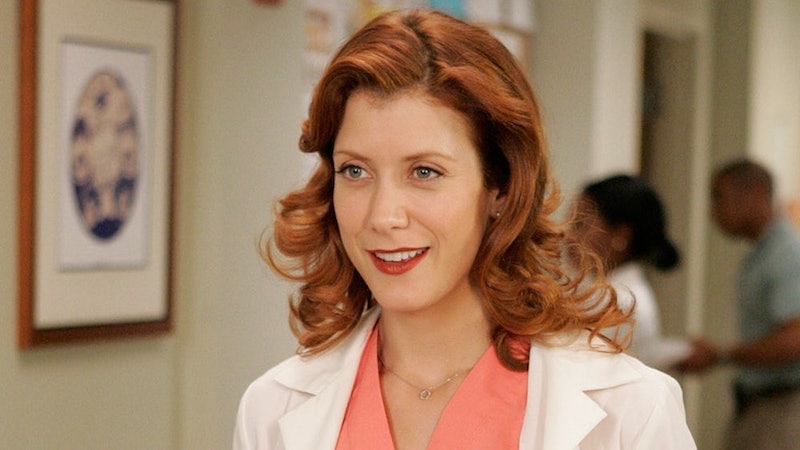 Kate Walsh’s Dr. Addison Montgomery is scrubbing back in for Grey’s Anatomy Season 18, and fans may not have to wait long to see her reunite with her Grey Sloan colleagues. Though ABC has yet to reveal exactly when Addison will return to the show, actors Camilla Luddington and Chris Carmack recently told Entertainment Tonight that they learned of Walsh’s return when they read their Season 18 scripts. Carmack, who plays Dr. Atticus “Link” Lincoln, went on to describe seeing her at a Zoom table read, meaning at least one of Addison’s episodes is very likely in production.

“He geeked out. Everyone geeked out basically,” Luddington, who plays Dr. Jo Wilson, recalled to ET. “She is back and it is kind of like she's never left before. I feel like her presence in scenes is that she kind of owns the hospital. I am like, ‘Oh my god, it is Addison.’ But I think we can say that she is working on a really amazing case that Jo is desperate to get in on. It’s always possible there is drama.”

Walsh announced Addison’s return in a Sept. 2 TikTok video that she also shared to Instagram. “It’s really happening. Dr. Addison Montgomery will see you shortly,” the actor captioned the video, which used the “Magic Bomb” frequently asked questions filter. In response to the question, “Will you ever come back to Grey’s Anatomy?” Walsh wrote “YES,” before putting on her character’s famous lab coat. She then lip-synced an Emma Roberts American Horror Story line — “Surprise, b*tch, I bet you thought you’d seen the last of me” — before playfully bursting into laughter.

In another video posted to the official Grey’s Twitter account the same day, Walsh added: “Well, well, well, would you look who it is. That’s right, my loves, Dr. Addison Montgomery is coming back to Grey Sloan Memorial Hospital, and I’m so excited to be home again joining Shonda [Rhimes], Ellen and the rest of the incredible cast. This season — 18, whew! — just wait until you see what she has in store for you.”

Despite Luddington and Carmack’s candor, Ellen Pompeo, aka Dr. Meredith Grey, has been more tight-lipped about when Walsh’s first episode back will air. “The writers are trying to figure it out, and I try not to pressure them,” Pompeo replied when asked what was to come for Meredith and Addison. “So it's a huge job they have. And that’s really all I can say about it. So everyone just has to tune in!”

Regardless of how Addison’s story plays out this season, her offscreen reunion with Pompeo was certainly an emotional one. “She moved to Australia, so I really haven't seen her or hung out with her,” Pompeo said of her costar. “I have so much affection and love for the original cast. We all went through something that only we can understand. So it’s always just really fun and very emotional, to be honest. When any of the original cast members get together, we always start crying, and we’re like, ‘Why are we crying?’”