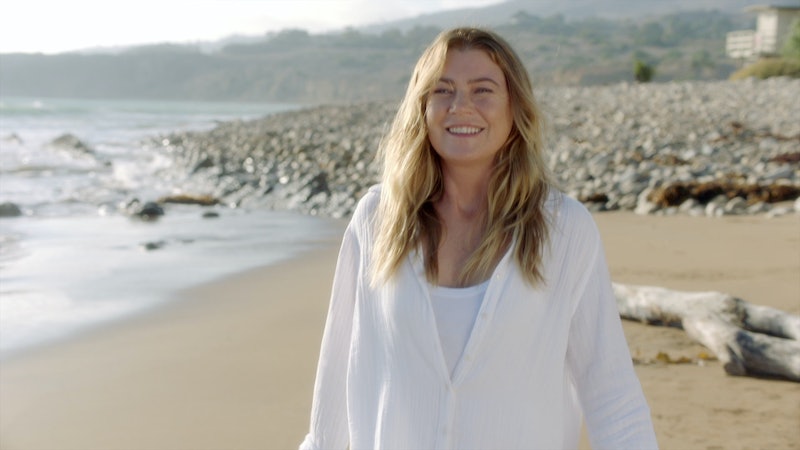 Grey’s Anatomy Season 17 spoilers ahead. Some Grey’s Anatomy actors’ contracts pointed to the hit medical drama continuing, but as Season 17 rolled out, stars like Ellen Pompeo and showrunner Krista Vernoff maintained that they didn’t know if it’d be the last. Ending months of uncertainty, ABC finally announced Grey’s Anatomy Season 18 is in the works. After an emotional season that tackled the COVID-19 pandemic, saw the return of multiple fan favorites who exited the series long ago, and offered proof that Jackson (Jesse Williams) and April (Sarah Drew) were endgame, another season of Grey’s is just what longtime viewers have been craving.

Among the typical “does it ever end?” sentiments that go with any Grey’s Anatomy update, Grey’s fans took to social media to express their delight about a confirmed Season 18. Under the show’s official announcement, one Instagram user commented, “YAYYYY I wonder who else is gonna die or leave the next season.” Another fan was both shocked and excited, writing, “AHHHHHHH the way this season has been going I thought it was over. WE LITTTTT!!!!” However, some fans are skeptical of the show’s future, with one posing a cheeky threat: “Y’all better leave Meredith alone or you’ll get sued.” Further questioning the plot, another user asked, “What are y’all gonna do? There’s like no one left.”

From its plot to its cast, here’s everything we know about Season 18 of Grey’s Anatomy.

Season 17 officially ended on June 3, and there have been more milestones and ups and downs packed into one season than one can count. Following the season finale, Meredith is (finally) officially healed from her longtime battle with COVID-19 and has returned to work. At the end of the episode, she received a standing ovation after successfully performing a double lung transplant alongside Teddy. It was quite a celebratory moment considering the fact that she spent all season on her “death beach.” There, she was visited by Derek (Patrick Dempsey), her sister “Little Grey” Lexie (Chyler Leigh), Mark (Eric Dane), George (T.R. Knight), and, heartbreakingly, ex and good friend DeLuca (Giacomo Gianniotti) as he died and went to go reunite with his mom.

On a lighter note, back in the conscious realm, Jackson and April proved they’ll support each other no matter what, as it was revealed earlier in the season that they will be moving to Boston and working at the Catherine Fox Foundation together. Jo (Camilla Luddington) may have lost a COVID-safe hookup partner in Jackson, but she’s gaining something new, too: a switch from surgery to OB/GYN. Additionally, after selling her Grey Sloan shares in order to pay legal fees, Jo was finally granted custody over the sick baby named Luna that she has been trying to adopt all season.

Of course, there were a few other major relationship developments as well. In the finale’s August 2020 timeline, Meredith’s sister Maggie Pierce (Kelly McCreary) and Winston Ndugu (Anthony Hill) were fully prepared to marry each other in a backyard ceremony. But after being interrupted by Maggie’s father, the couple decided to put a pause on their vows. Fast forward to the April 2021 timeline, however, and the two officially tied the knot in a beachside ceremony. Back in the December 2020 timeline, Meredith, Amelia Shepherd (Caterina Scorsone), Link (Chris Carmack), Owen Hunt (Kevin McKidd), and Teddy (Kim Raver) all spent Christmas morning together. To make the most of the celebration, Owen proposed to Teddy — mere months after she was diagnosed with COVID — and she said yes. Finally, flashing back to Maggie and Winston’s wedding day, Link tried to propose to Amelia after months of waiting, but she responded in shock and didn’t give him an answer.

The cherry on top of the touching finale was another appearance from Cristina Yang (Sandra Oh) via a text message sent to Meredith. After performing the lung transplant on Cristina’s patient, Meredith messaged her former colleague to let her know the patient was “stable.” Cristina replied: “Donor lungs available, booking the O.R. for tonight.”

Speaking to StyleCaster in April 2021, Luddington noted that whether or not the show would continue wasn’t up to her — though she did offer her thoughts on a post-COVID season of Grey’s. “On a personal level, I would love to have another season just so that we can show coming out on the other side of COVID,” the actor said. “I think it would be great for us to be at Joe’s bar next season and show what life looks like after COVID.” Of course, the pandemic is still ongoing, so it’s possible Season 18 could depict this “new normal.”

It’s currently unclear what Season 18 will tackle, though with Meredith back in action professionally, the options are endless. Several surgeons on the show have left the field after personal traumas, so perhaps Season 18 could see Meredith make an unexpected post-COVID switch.

Whatever happens, get ready to see more of James Chee (Robert I. Mesa), who was promoted to a series regular in April, making him the first Navajo/Soboba doctor on the show.

Much of the uncertainty surrounding Season 18 stemmed from the fact that many cast members’ contracts were up at the end of Season 17 — one of them being Pompeo. Though on May 10, Deadline reported that she has signed onto the series for another year, along with actors Chandra Wilson (Bailey) and James Pickens Jr. (Richard). Last year, the publication also reported that Luddington, Kim Raver (Teddy), and Kevin McKidd (Owen) signed contracts to appear on the series for three more years.

However, after 12 seasons of playing Jackson, it was revealed on May 6 that Williams will depart the series after Season 17. His character will leave Grey Sloan Memorial Hospital to work on “creating real racial equity in medicine,” which he doesn’t feel he can accomplish from within the healthcare system. In order to follow his passion, Jackson will move to Boston — and April’s coming with him.

In a statement to Deadline, Williams said:

“I will forever be grateful for the boundless opportunities provided me by Shonda, the network, studio, fellow castmates, our incredible crew, Krista, Ellen and Debbie. As an actor, director and person, I have been obscenely lucky to learn so much from so many and I thank our beautiful fans, who breathe so much energy and appreciation into our shared worlds. The experience and endurance born of creating nearly 300 hours of leading global television is a gift I’ll carry always. I am immensely proud of our work, our impact and to be moving forward with so many tools, opportunities, allies and dear friends.”

There’s one more Grey’s fave that won’t be returning for Season 18: Sandra Oh as Cristina Yang. To be fair, she hasn’t been on the show since 2014, but fans have long held out hope that she might make an appearance, especially for the show’s finale. However, even if the show does end with Season 18, Oh has made it clear that she won’t come along for the ride.

“No ... I love it, though, and this is also why I really appreciate the show … that I still get asked this,” the Killing Eve star said on the Los Angeles Times’ Asian Enough podcast.

Oh, whose podcast episode premiered on May 11, also explained that she’s proud of the unique mark her character has made on pop culture. “It’s very rare, I would say, to be able to see in such a way the impact of a character,” she said. “In some ways, you do your work as a bubble and you let it go. I left that show, my God, seven years ago almost. So in my mind, it’s gone. But for a lot of people, it’s still very much alive. And while I understand and I love it, I have moved on.”

The actor also talked about the way Grey’s didn’t address race during her time on the show, sharing one instance of a joke that got cut because “it just wasn’t the time.” The line would have seen the ever-ambitious Yang “trying to pull the like, you know, the POC [person of color] card” with Sara Ramirez’s Callie. Though we won’t get to see Cristina back at Grey Sloan in Season 18, Oh did offer some fodder for the imagination, suggesting that her character would be “wickedly at the front line trying to solve the big problems,” such as the wealth gap, that the pandemic has put into sharper focus than ever.

On Aug. 12, Deadline reported that Kate Burton would be back as Meredith’s mom, Ellis Grey, for Season 18. She is slated to appear in several episodes beginning with the Sep. 30 premiere. The return of another dead character will naturally make fans worry about Meredith returning to the dreaded death beach — or perhaps Burton will return by way of flashback, as she’s done before. On Aug. 19, Deadline followed up with news that Zoey’s Extraordinary Playlist’s Peter Gallagher would be joining the cast as a doctor named Alan Hamilton, “who knew Ellis ... back in the day and meets Meredith” in the season opener. The outlet said the character would have “a major arc” on the show. Could there be more secrets from Ellis’ past he’s here to reveal? Another half-sister for Mer, perhaps?

One of the most highly anticipated returns — Kate Walsh as Addison Montgomery — is officially a go. On Sept. 2, Walsh took to Instagram to announce that she’d be back for Season 18. “It’s really happening. Dr. Addison Montgomery will see you shortly,” the actor (who made her first appearance all the way back in Season 1) wrote.

On Sept. 7, Deadline confirmed Abigail Spencer would return as Dr. Megan Hunt, who previously starred in Seasons 14 and 15. Spencer will make her first appearance during the season premiere, and her storyline will pick up after she adopted Farouk, her son who is a Syrian refugee she met while overseas.

More good news: Grey’s is back on schedule. Past seasons of Grey’s Anatomy have stuck to a strict September premiere schedule, but due to the obstacles of filming during COVID, Season 17 premiered in November. Season 18, though, will officially premiere on Sept. 30.

Finally, on Sept. 7, a trailer was revealed — and it’s giving us some answers. Ellis tells Meredith that she’s “survived the unthinkable” (don’t worry, she’s not on the beach) and asks what she’s going to do next. Meanwhile, Teddy and Owen seem to be wearing wedding clothes, and Megan Hunt is back — which makes sense if her brother’s getting married. But the clip’s tease of “one hell of a return,” seems to refer to someone else, a patient whose identity the trailer did not yet reveal.

A Sept. 20 trailer revealed a closer look at the episode’s drama, further teasing “a person from Meredith’s past” coming back in addition to a storyline following up on Amelia and Link’s heartbreaking proposal moment from the Season 17 finale.

This post will be updated with additional details as more information on Grey’s Anatomy Season 18 becomes available.

More like this
The First Trailer For 'That '90s Show' Includes So Many Nods To The Original Series
By Jack Irvin, Alyssa Lapid and Grace Wehniainen
The ‘Emily In Paris’ Season 3 Trailer Teases Major Career & Love Crossroads For Emily
By Bustle Staff
'Doctor Who's New Companion Has Been Winning Acting Awards Since She Was 18
By Shahed Ezaydi
What Jen Shah's Delayed Sentencing Could Mean For The 'RHOSLC' Season 3 Reunion
By Brad Witter and Jake Viswanath
Get Even More From Bustle — Sign Up For The Newsletter