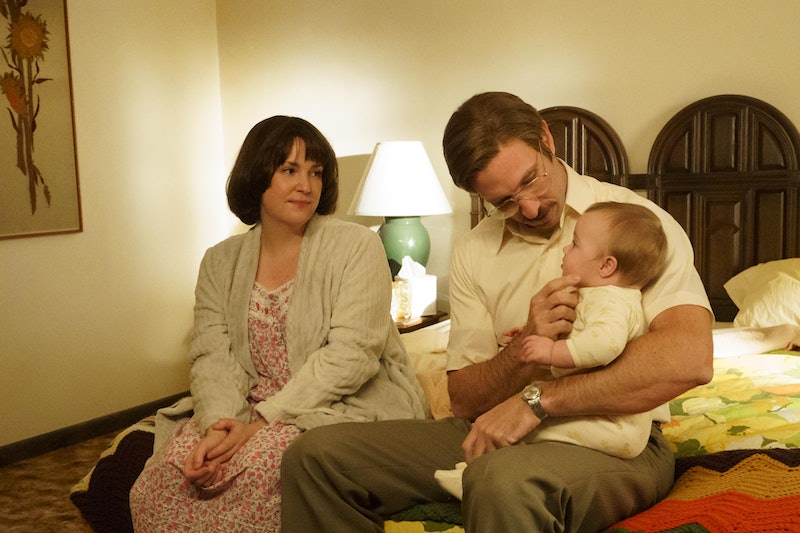 Based on “disturbingly true” events, Hulu’s true crime drama Candy revisits the 1980 Betty Gore murder, which close friend Candace “Candy” Montgomery later confessed to committing in self-defense. Montgomery (played by Jessica Biel) had stopped by Betty (Melanie Lynskey) and Allan Gore’s Wylie, Texas, home midday on June 13, 1980, to pick up a swimsuit for their 5-year-old daughter, Alisa, who was going to stay overnight with the Montgomery children. Away on business in Minnesota, a concerned Allan (Pablo Schreiber) asked neighbors to check on his wife after she failed to answer his many calls throughout the evening.

Upon entering the home, those neighbors discovered 30-year-old Betty’s dead body, struck by an ax 41 times. Though the Gores’ second daughter, 1-year-old Bethany, had been left unattended all day, she was alive and well. “A little old baby raised its head up out of the crib, out of the baby bed,” one of the men, Lester Gayler, described to The Dallas Morning News in 2021. “It began to cry. It’d been there all, nearly all day, hadn't been fed or nothing.”

During her trial later that year, Montgomery admitted to the murder, claiming that she’d acted in self-defense after Betty confronted her about the affair she’d had with Allan. A jury found Montgomery not guilty, much to the dissatisfaction of Betty’s family. As her brother, Richard Pomeroy, said in a January 2022 episode of Oxygen’s Snapped, “I don't think justice was served in the least bit. I think it was a murder.”

In the window between Betty’s murder and Montgomery’s 1980 trial, Allan reportedly remarried and lost custody of Alisa and Bethany to his late wife’s parents. The Gore children moved to Kansas, where Alisa (who now goes by Lisa) still lives with her husband, Jonn Harder, and their two sons, Sam and Jacob. After graduating from Norwich High 1992, Lisa earned an accounting degree from Kansas State University. According to her LinkedIn, she currently works as a business controller in the oil and energy industry for Koch Engineered Solutions. She and her family also raise pigs at their rural Kansas home.

Despite Lisa and Bethany’s reported estrangement from their father, they are both now friends with him on Facebook. Allan, for his party, has commented on several of Lisa’s publicly viewable Facebook posts, calling one of her 2018 selfies “gorgeous” and referring to her as “lovely” in another. Lisa also appears to still have a close relationship with Bethany, who also frequently comments on her Facebook posts. In 2013, Lisa introduced her followers to Bethany and brother-in-law Chad Mickey’s first-born daughter, Josie, captioning her post in part, “She shares a birthday with our mother! Pretty special!”

When Bethany and her husband welcomed their second daughter, they named her Betty, in honor of her late mother. Also mom to a son named Henry, whom she welcomed in December 2019, Bethany is a graduate of Wichita State University and followed in her mother’s footsteps by becoming a teacher. She now works as an assistant principal at Coral Academy of Science Las Vegas, according to her LinkedIn.

In the comments section of one of Lisa’s 2013 Facebook posts about her first pig, Bethany wrote that they “live such different lives.” Lisa’s reply? “Definitely different lives but I wouldn't change a thing!”

Though the Gore daughters have yet to publicly comment on Candy, they still seem to be keeping their late mother’s memory alive.

More like this
The Girl From Plainville Likely Won’t Return For Season 2
By Brad Witter
The True Story Of Candy Montgomery From Hulu’s True Crime Series
By Radhika Menon
Justin Timberlake’s ‘Candy’ Character Really Investigated Betty Gore’s Killing
By Brad Witter
Where Is Allan Gore Now? The ‘Candy’ Subject Moved On Shortly After Betty’s Death
By Gretchen Smail
Get Even More From Bustle — Sign Up For The Newsletter