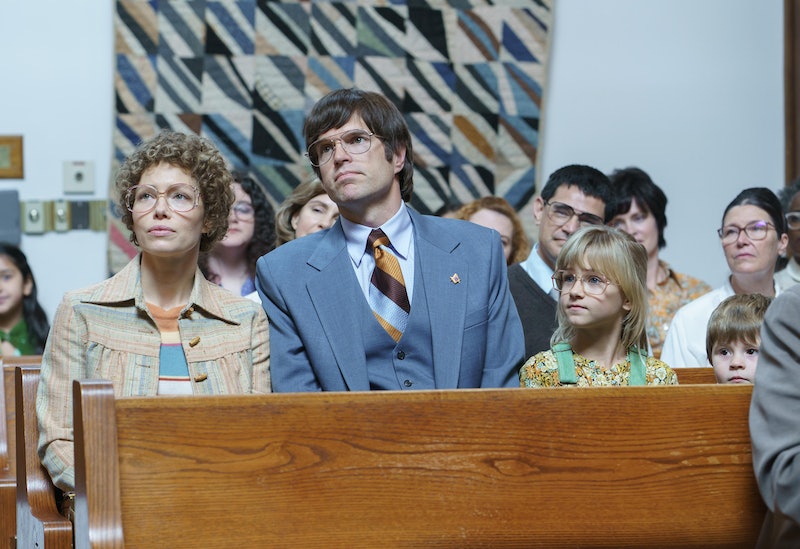 Based on the 1984 book Evidence of Love by Texas journalists John Bloom and Jim Atkinson, Hulu’s Candy dramatizes a shocking murder case that occurred in 1980s Texas. Candace “Candy” Montgomery (Jessica Biel) was a stay-at-home mom and a popular leader within the Methodist church community in Wylie, Texas. But on June 13, 1980, Montgomery killed her friend Betty Gore (Melanie Lynskey) by striking her with an ax 41 times in her own home. It was later revealed that Gore had discovered Montgomery’s affair with her husband, Allan Gore (Pablo Schreiber).

Despite the brutality of the incident, Montgomery claimed that she had only killed Gore in self-defense, per Texas Monthly. She said that Gore confronted her about the affair and made a grab for the weapon first, the two women fought over it, and then Montgomery killed Gore. Montgomery was acquitted of the murder charges using the self-defense plea in October 1980.

According to Texas Monthly, Pat Montgomery and Candy Wheeler met while Pat was working as an electrical engineer at Texas Instruments, where Candy was a secretary. They married in the early ’70s, and they moved to Wylie in 1977 with their son and daughter. Pat provided for the family while Candy took care of the house and kids; while she seemed to dote on her children and had a comfortable life, by 29 years old she was “bored crazy” of her routine. She became attracted to Allan, whom she met during a volleyball game put on by their church. Allan was similarly bored with his sex life with Betty, and despite both having reservations, they began having an affair on Dec. 12, 1978.

The pair would often meet at a motel by Allan’s office, and they would stay together until Montgomery had to go pick up her son from preschool. Montgomery eventually worried that they were falling in love with each other, and they decided to call it off once Gore was seven months pregnant. They picked up the affair again after Gore had her second child, but Allan fretted more and more that he was hurting his wife. After going to a marriage counseling event, Allan decided to rededicate himself to Gore and called it off with Montgomery. Per Texas Monthly, though both parties cried during their last conversation, it seemed to be an amicable ending.

On June 13, Montgomery went to the Gore household because the Gores’ eldest daughter, Alisa, wanted to see Star Wars: The Empire Strikes Back with her two children after her swimming lesson. The three kids were already watching a puppet show at the church together, so Montgomery went to the Gore house to pick up Alisa’s swimsuit and save her mom the extra trip. (Allan was on a work trip.) According to her testimony, the exchange started out cordially, but then Gore asked about the affair. Montgomery admitted to it and said that’s when Gore threatened her with an ax. Montgomery said she initially tried to defuse the situation and escape, even telling Gore she no longer wanted Allan. But she claimed Gore sent her into a dissociative state by whispering “shhh,” which reminded her of her abusive mother. She said she killed Gore in a rage-induced state.

After killing Gore, Montgomery cleaned up, changed her shoes, and went to pick up Alisa as if nothing had happened. In her haste to clean up, Montgomery completely forgot about the Gores’ infant daughter, Bethany. The baby was found sobbing in her crib hours later by neighbors when they broke into the house at Allan’s insistence, after Gore failed to return any of Allan’s calls.

While Alisa and Bethany were mentioned during the trial, the same cannot be said about Candy Montgomery’s kids. It’s difficult to tell where Montgomery’s kids are today as it appears their names have never been fully made public. In Candy, they’re named “Becky” (Aven Lotz) and “Jason” (Dash McCloud). A Killing in a Small Town, a 1990 TV movie about the case, named Montgomery’s kids “Sean” and “Sara.” And HBO’s upcoming adaptation of the case, Love and Death, appears to feature only one child, by the name of “Jenny.” As a result, we don’t know what the Montgomery kids think about Candy and all the various retellings of their mom’s case. All we know, per the Daily Mail, is that Montgomery and her kids left Texas and relocated to Georgia.

“I just think she got away with it,” Bethany Gore told Dallas Morning News in 2000. “My family has a lot of anger and a lot of hatred toward her,” Alisa Gore Harder added. Both Alisa and Bethany were adopted by their maternal grandparents, Bob and Bertha Pomeroy, in 1988. Allan Gore, meanwhile, moved to California with a new wife and kids.

More like this
Don Crowder Successfully Defended Candy Montgomery, But His Story Ended In Tragedy
By Gretchen Smail
UK Viewers Will Have To Wait To See Jessica Biel’s Killer Housewife Series
By Rachel Mantock
What Makes A Sally Rooney Sex Scene So Hot?
By Samantha Leach
Kendall Jenner Isn’t Ready To Have A Baby Amid Her Mom’s Wishes
By Jake Viswanath
Get Even More From Bustle — Sign Up For The Newsletter