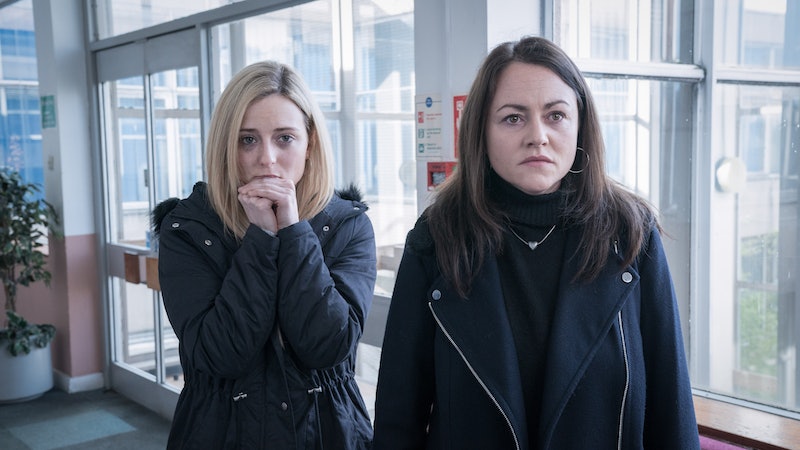 Amongst others, Donna and Jenny Taylor, sisters of the final victim, Jack Taylor, are played by Jaime Winstone and Stephanie Hyam respectively. Their brother, Jack, worked at a bonded warehouse and was an aspiring police officer from Essex before he was murdered by Port, after meeting him through Grindr in September 2015. Since the imprisonment of Port in 2016 and subsequent inquest into the competency of the Met Police in December 2021, where are the Taylor sisters now?

Port was initially sentenced for eight months in prison for perverting the course of justice in March 2015, with police not linking him directly to the deaths of his victims. He was released early in June 2015, where he went on to find his final victim, Jack Taylor.

Jenny and Donna Taylor have since spoken out about the failures of the police that led to their brother’s death. Speaking to ITV, Jenny said, “We do feel like the police have got blood on their hands. They might as well have loaded a gun and handed it to him."

Following the news of his death, Jenny and Donna Taylor took the investigation of their brother’s death into their own hands, after the police concluded that he died from a drug overdose. They believed his death “looked like a set up” and “did not sound right” (per BBC).

According to The Guardian, “The sisters furiously searched the internet each night piecing together clues. Putting in the words ‘small plastic bottles’, ‘drug’ and ‘clear liquid’, they immediately found GHB,” also known as a date rape drug. Putting together a 33 page case file, they managed to link the deaths of all four victims and present their evidence to the police.

After they requested the police search CCTV footage, which found Taylor meeting with Port, he was arrested a month later. “Knowing what that man did to Jack is devastating. To think that the police could have got him before, and Jack could still be with us. That is what our family carries with us all time,” per The Guardian.

Donna and Jenny both continue to advocate for justice for their brother and the other victims seven years on. This has included calling for the removal of the police officers placed on the investigation.

In reaction to the inquest findings that concluded the Met Police mishandled the investigation, Donna said, “They’ve not just let down the boys, and let down us as families, they’ve let down the public they’re supposed to protect.”

More like this
This First Look At 'The Gold' Shows Jack Lowden In A Whole New Light
By El Hunt and Sam Ramsden
A New Netflix Doc Will Explore The Unsolved Murder Of Jill Dando
By Sam Ramsden
Everything To Know About The 'Daisy Jones & The Six' TV Series
By Maxine Harrison and Brad Witter
'Brookside' Is Coming Back & Soap Opera Fans Are Going Wild
By Sam Ramsden
Get The Very Best Of Bustle/UK
Sign up for Bustle UK's twice-weekly newsletter, featuring the latest must-watch TV, moving personal stories, and expert advice on the hottest viral buys.