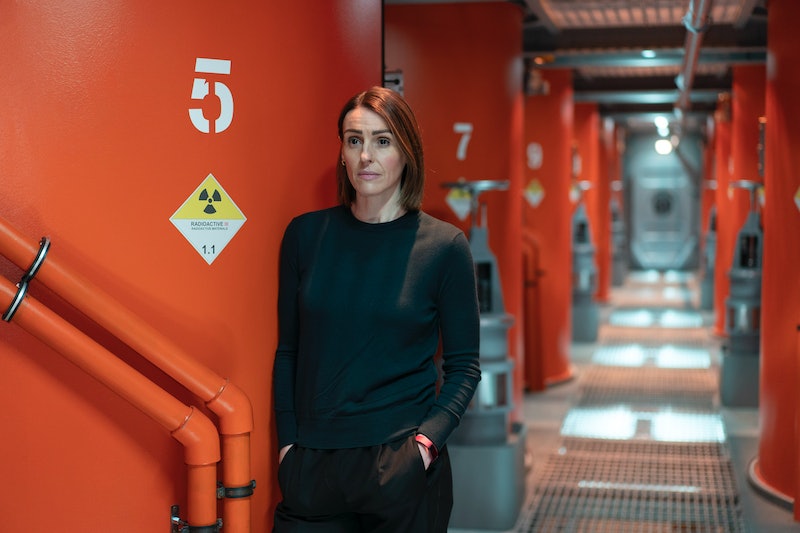 A mysterious death on-board a Trident nuclear submarine is at the centre of the BBC’s newest Sunday night drama Vigil, which stars the likes of Suranne Jones, Rose Leslie, and Martin Compston. The story is set within the HMS Vigil submarine, and the fictional Dunloch naval base. But, where was Vigil actually filmed?

As reported by Glasgow Live, much of the six-part drama was filmed in and around the city of Glasgow, at locations including the Clyde Arc – known locally as the “Squinty Bridge”, Blythswood Square, and the west end of the Scottish city close to the River Kelvin.

The naval base itself was a real place, though the name – Dunloch – is fictionalised. The real-life naval base used is actually north west of Glasgow, in the Gare Loch. Formally dubbed Her Majesty Naval Base Clyde, or Faslane as it is “commonly known throughout the Navy”, the base is the real life home of the navy in Scotland. It also houses the UK’s actual Trident submarines and workforce.

The naval base has been in the news for reasons beyond the BBC show, though. Per local newspaper the Helensburgh Advertiser, campaigners gathered outside Faslane to rally in support of a “nuclear-free independent Scotland” on the eve of the second episode’s airing.

Per The Herald, the series was also filmed around the west coast of Scotland, and on a purpose-built set designed to mimic a real-life submarine. Reflecting on his time filming Vigil, the drama’s BAFTA-winning director, James Strong, explained how he would’ve preferred to film on a real submarine, however, the logistics of doing so made it “largely impossible.”

“Creating HMS Vigil was an enormous endeavour,” he told the Scottish title, “brilliantly carried out by designer Tom Sayer and his team. It looked incredible, was a great place to shoot and yet always felt utterly real.”

As previously mentioned, the BBC’s latest offering revolves around the disappearance of a Scottish fishing trawler and a mysterious death on-board a nuclear submarine, two events that bring the police into conflict with the Navy and British security services. “DCI Amy Silva leads an investigation on land and at sea into a conspiracy that threatens the very heart of Britain’s nuclear deterrent,” a BBC synopsis reads.