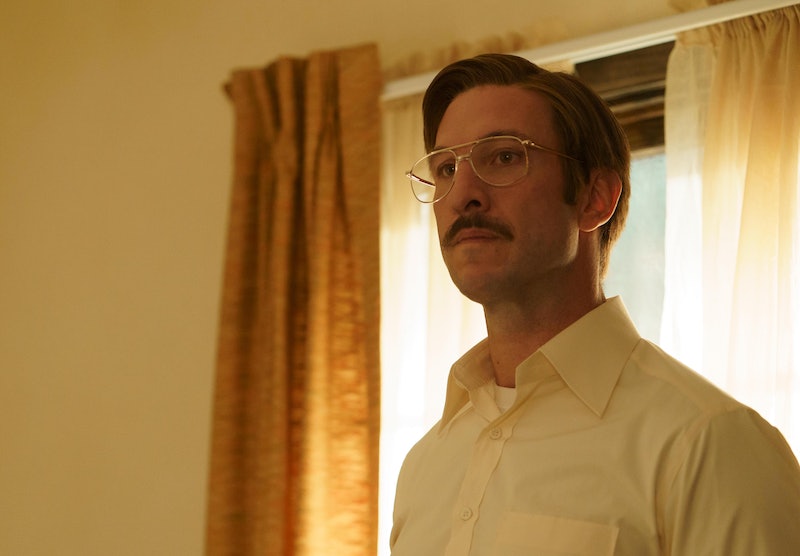 At the center of Hulu’s Candy is the horrific death of Betty Gore, a Texas stay-at-home mom who was struck 41 times by friend and fellow Methodist churchgoer Candace “Candy” Montgomery. Based on the 1984 book Evidence of Love by Jim Atkinson and John Bloom, the series explores what led up to that fateful night on June 13, 1980: an affair between Montgomery and Betty’s husband, Allan Gore, and a confrontation between the two women that turned deadly.

Both Montgomery and Allan felt bored in their respective relationships, despite loving their spouses, according to Atkinson and Bloom’s book. Allan, described as a shy, “small, plain man,” was Betty’s college math teacher when they first met. They got married in 1970, but their passion for each other fizzled out due to Allan’s business travel and their scheduled attempts at having a second child. Pat and Candy Montgomery, meanwhile, had a comfortable life due to Pat’s job as an electrical engineer at Texas Instruments, but the outgoing and freewheeling Candy got easily bored with life as a stay-at-home mom. She met Allan at a volleyball game put on by their church and felt like he could give her the “fireworks” she needed. After talking through their reservations and agreeing to keep it impersonal, they began having an affair on Dec. 12, 1978.

Despite promising to keep the relationship purely sexual, Montgomery and Allan found themselves talking more and more during their motel trysts, confiding in each other about things they didn’t tell their own spouses. Once they realized they were both falling too deep and that Betty was several months pregnant, they decided to call it off, at least until the baby was born. They then resumed their affair after the Gores’ daughter Bethany was born, but Montgomery later said that Allan wasn’t very good in bed and the excitement of the affair had worn off. Still, she cried when he went to a marriage counseling event with Betty and came back with a renewed determination to make their union work. When Allan couldn’t outright say he was ending the affair, Montgomery did. “Allan, you seem to be leaving it up to me. So I’ve decided, I won’t call. I won’t try to see you. I won’t bother you anymore,” Montgomery said, per Texas Monthly.

On June 13, 1980, Montgomery went to the Gores’ house in the early afternoon to pick up a swimsuit for their 5-year-old daughter, Alisa, who was staying with her family and going with them to see Star Wars: The Empire Strikes Back, according to Montgomery’s court testimony. At the time, Allan was in Minnesota on a work trip. Montgomery said her exchange with Betty started out cordial enough, but then Betty suddenly asked about the affair. Montgomery was mortified and admitted to it, but added that it was over. Then she claimed that Betty walked out of the room and returned with an ax. “Don’t see him again,” Betty said, according to Montgomery. “I don’t want to see you anymore. Just keep Alisa and take her to the movie, because I don’t want to look at you again. Bring her home tomorrow.”

Montgomery said that when she tried to apologize, Betty became furious and swung at her. They grappled and Montgomery tried to escape, but later she claimed that Betty sent her into an angry, dissociative state by whispering “shhh,” which reminded her of her abusive mother. Montgomery struck her 41 times with the ax, with prosecutors later noting Betty was still alive for 40 of them. After killing her, Montgomery cleaned up and left. She picked up Alisa and her kids from church, and lied to Allan that Betty was “fine” when he called asking about her, since she wasn’t answering the house phone. But when Betty failed to pick up the phone late into the night and neighbors reported that the lights were on, Allan asked his neighbors to break in. They found Betty’s body in the utility room and her infant daughter, Bethany, abandoned in her crib.

Despite the brutality of the incident, Montgomery’s defense successfully argued that she killed Betty in self-defense, and she was acquitted of murder in October 1980.

After the trial, Allan remarried and moved away, per The Dallas Morning News. That marriage later ended in divorce, and based on his Facebook, Allan entered into a domestic partnership with someone new in 2016. He’s now retired and living in Sarasota, Florida. He uses Facebook to share posts about the importance of getting the COVID-19 vaccine and of items he’s selling.

Meanwhile, his daughters, Alisa (also known as Lisa) Gore Harder and Bethany Gore, were adopted by Betty’s parents, Bertha and Bob Pomeroy, in 1988 after they got custody from Allan. In a 2000 Dallas Morning News article by Doug J. Swanson (which was transcribed into a true crime Google Group), the daughters shared that they were estranged from their father; it’s unclear if they talk today. They said that Allan married Elaine Clift less than three months after Montgomery’s acquittal, and the years before they were adopted were difficult. They alleged that Allan and Clift would often withhold food and made them take cold showers as punishment for bad behavior; Bob Pomeroy reported that Bethany once showed up with hair missing from her scalp. (Both Allan and Clift declined to comment for the story.) Lisa did not invite her father to her wedding. Today, Bethany works as schoolteacher, while Lisa recently worked at Koch Industries.