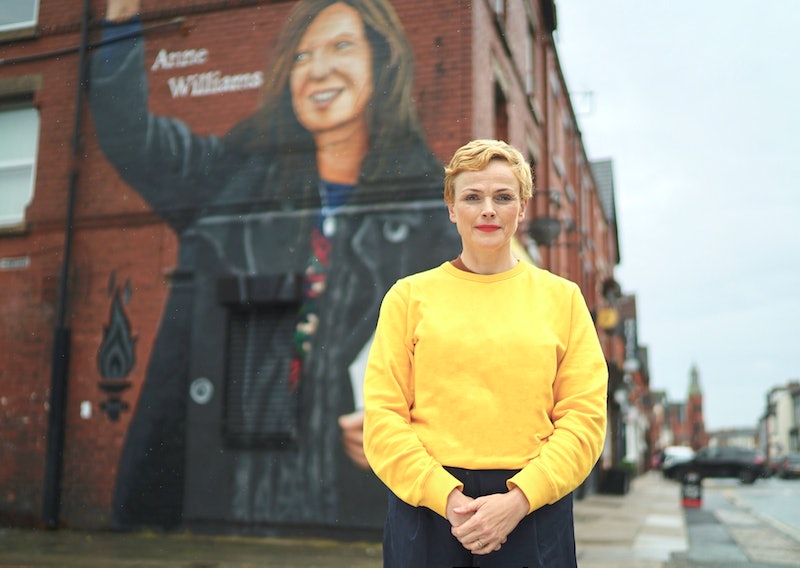 ITV’s upcoming drama Anne is set to tell the unbelievable true story of one mother’s tireless fight for justice and truth. Anne Williams’ teenage son Kevin tragically died at the FA Cup semi-final between Liverpool and Nottingham Forest at Hillsborough in April 1989. A total of ninety-seven Liverpool F.C. fans were killed during the stadium crush and, 32 years later, it is still widely known as the UK’s worst sporting disaster. In ITV’s four-part series, Maxine Peake stars as Williams, the Liverpudlian woman who spent half her life campaigning for those who were unlawfully killed, but where is Anne now?

Sadly, Williams passed away at the age of 62 in 2013 after battling terminal cancer, but thankfully she lived to see justice for her son and the other victims’ families.

The mother of three from Formby had refused to accept the coroner’s original verdict of accidental death and campaigned to get to the truth for over 20 years by seeking out medical opinions, speaking to witnesses, and lobbying ministers for new inquests. As she famously said, per The Mirror, “They’re going to try and wear me down. But... I’ll wear them down before they wear me out.’”

It was tireless work, and by September 12, 2012 an independent Hillsborough panel ruled that original medical evidence was wrong after scrutinising 400,000 documents relating to the 1989 disaster. The panel determined that some of the 97 fans who died could potentially have been saved had the emergency services reacted in time.

By December 2012, the original accidental death verdicts were quashed. Despite receiving her terminal cancer diagnosis earlier that year, Williams’ defied medical advice and appeared at the high court on 19 December, later telling the Guardian, “This is what I fought for. I was never going to give up."

In December 2021, a tribute mural of Williams was created in Anfield, Liverpool, where she is considered a hero and beacon of hope for all those who were affected by Hillsborough.

The new mural coincides with the release of ITV’s drama, Anne. The series was created with the support of Anne’s family, including daughter Sara, who took on her mother’s work following her passing.

Sara said in a statement to ITV: “I am excited, as well as a little bit scared, for viewers to see my mum's story, but I just felt it was the right thing to do. Alongside some very talented people, we have given everything to ensure we produce a series that does justice to my mum, our Kev, the 97, and everyone involved with Hillsborough.”

As a companion film to the drama, Maxine Peake, will also immerse herself in Williams’ story by speaking to family, survivors, and countless others in The Real Anne: Unfinished Business.