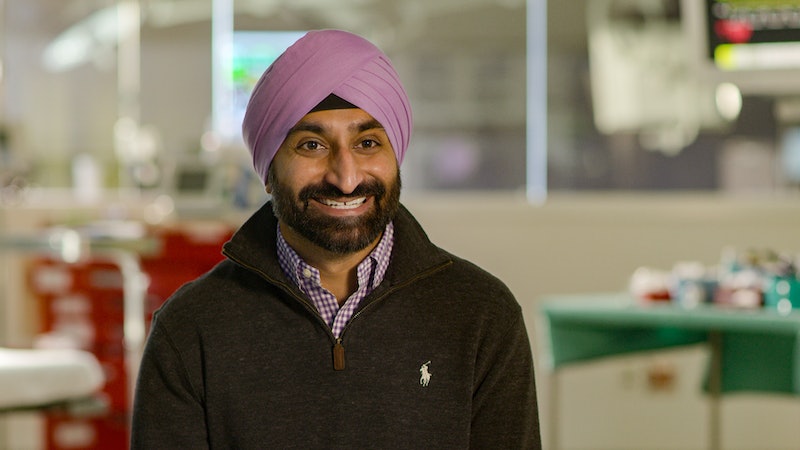 If you finished watching Season 2 of Indian Matchmaking, it’s likely that you fell in love with one of Sima Taparia’s new clients looking for love: the nice guy doctor Arshneel Kochar. Though he seemed a little indecisive (and his friends even corroborated that fact), his good intentions and smile made him stand out from others on the show.

Arshneel is a cardiologist living in Cleveland whose previous luck in love was often hindered by his Sikh faith, for which he wears a turban. Finding a girl who was open to his religion and his rituals was his main priority, and matchmaker Sima aimed to find matches from the Punjabi region to mitigate the cultural differences. She also looked for people who had similar interests to Arshneel, like traveling, being a foodie, and working out. He first traveled to California’s Bay Area to meet finance professional Anjali Naskar and her family. They played mini-golf and showed off their competitive sides, but the date was filled with lots of awkward silences — especially after Anjali admitted that she had never dated an Indian man before.

After much deliberation, Arshneel then goes on a date with dentist Rinkle Goyal, who is originally from India but has been living stateside in Chicago for the past decade. Arshneel admits to never having dated a girl from India before but is open to Rinkle because she’s been settled in the US for so long. The two show up wearing unplanned matching outfits, and after hitting up a trendy Indian restaurant, they go ice skating in Chicago. During their date, Rinkle hangs onto him as she loses her balance on the ice, and he’s patient with her lack of skating skills. Things seemed to be going well for the couple who were both open to relocating for the right person.

So what’s the latest with Arshneel? His Instagram and Rinkle’s are private, and his page also shows zero posts to the main grid, so not many personal details can be gleaned about his life since filming ended. However looking at his LinkedIn, he’s still listed as a fellow at the Cleveland Clinic, meaning he hasn’t yet committed to moving elsewhere for a relationship — or perhaps is waiting until he’s done with the fellowship to do so. Rinkle’s LinkedIn has even less public information and even still lists her location as Mumbai, indicating that it’s not a platform she uses very often.

That doesn’t mean that he and Rinkle aren’t still in contact or even dating, but it’s clear the two want to keep their personal lives and their potential courtship out of the limelight.

More like this
Here’s When You Can Expect More ‘Indian Matchmaking’
By Brad Witter
‘The Ultimatum: Queer Love’ Is Officially On The Way
By Radhika Menon and Kadin Burnett
Shaina Explains Why Natalie’s 'Love Is Blind' Text Claims About Shayne Have “No Validity”
By Grace Wehniainen
Brittany Snow & Tyler Stanaland Are Separating After 'Selling The OC'
By Grace Wehniainen and Radhika Menon
Get Even More From Bustle — Sign Up For The Newsletter