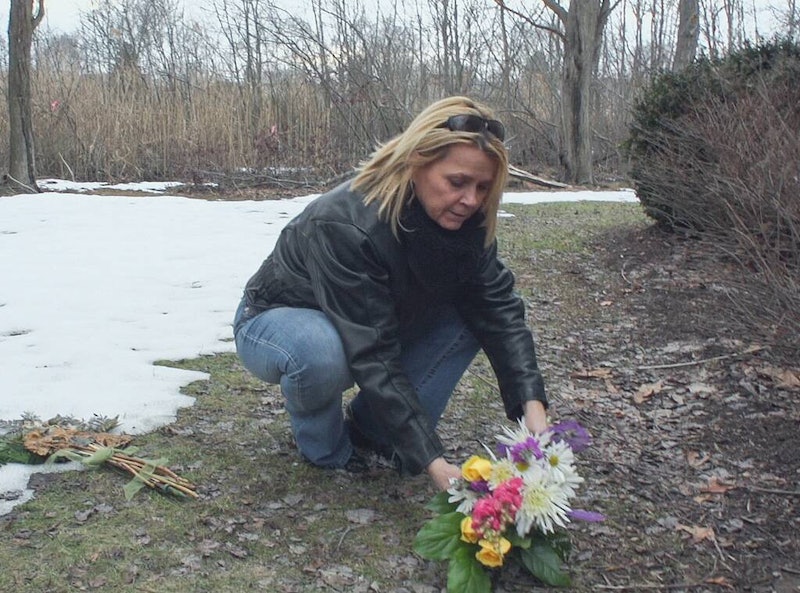 In HBO's latest true crime docuseries, Murder on Middle Beach, director Madison Hamburg tries to uncover every clue in the unsolved murder of his mother, Barbara Hamburg. The documentarian explores leads related to his father, a pyramid scheme with which his mother was involved, and even his aunt, Conway Beach. The third episode of the series, "Sisters," zeroes in on Beach, arousing some suspicions about her possible connection to her sister's murder. Beach maintains her innocence, and if you look at where Conway Beach is now, it seems as if she has never moved on from her sister's murder.

Beach has the unfortunate distinction of being the person who discovered Barbara Hamburg's deceased body on the morning of March 3, 2010. According to the doc, Beach picked up Barbara's teenage daughter Ali from school, and the two arrived at Hamburg's home to discover Barbara's car in the driveway but no one at home. Barbara was then discovered in the yard under some couch cushions, already having died after being bludgeoned and stabbed to death, likely with a hammer. Beach then called 911 to report her sister's death. Barbara's killer has yet to be identified, but in the documentary, Beach puts forth her own theory as to who killed her sister. She believes that Ali did it, citing the then-teen's allegedly rocky relationship with her mother. Ali denies the allegation and has the alibi of having been at school at the time of the murder, making her a rather unlikely suspect.

Beach herself comes under some scrutiny in the episode, thanks to a combination of her own past animosity toward Barbara, some bizarre statements she makes, and an unusual accusation related to a separate crime. Beach identifies as a person with alcohol and substance use disorder, and a portion of her adult life was spent misusing drugs and alcohol. During this period, Barbara and her then-husband, Jeffrey Hamburg, had taken Beach's son Tyler into their care. This angered Beach, and she admits in the documentary to trying unsuccessfully to hire a hitman to kill the Hamburgs. Eventually, the two sisters reconciled and Beach moved in with Barbara for a time while recovering from brain surgery. But this arrangement didn't last, and Barbara eventually asked Beach to move out.

In the episode, some express the belief that Beach's ejection from Barbara's home was related to the Gifting Tables. Allegedly, Beach was envious of the money her sister had made in the pyramid scheme. The Gifting Tables was broken up following a federal investigation that saw two superior members jailed for financial crimes — including Beach and Barbara's aunt Jill Platt. But during the case's trial, an anonymous witness leveled the charge that Beach had threatened her by leaving dead animals on her doorstep, and admitted to being scared of Beach, according to the doc. Beach has denied these allegations. Finally, there's an odd scene in the episode where Beach states that Barbara told her a week before her murder that she had a dream where she was violently murdered, but she refused to tell Beach who the killer was. Beach believes Barbara withheld this information in order to protect her killer.

In the series, Beach appears to be living a quiet life, but it's clear that she hasn't moved on from her sister's death. She cries frequently when talking about Barbara, and displays anger toward what happened to her sister. Outside of Murder on Middle Beach, Beach has a Facebook page that shows recent photos taken with her son, her infant grandson, and her mother, implying a close relationship with all of them. And, perhaps most fittingly, Beach's current cover photo is one of her and Barbara.