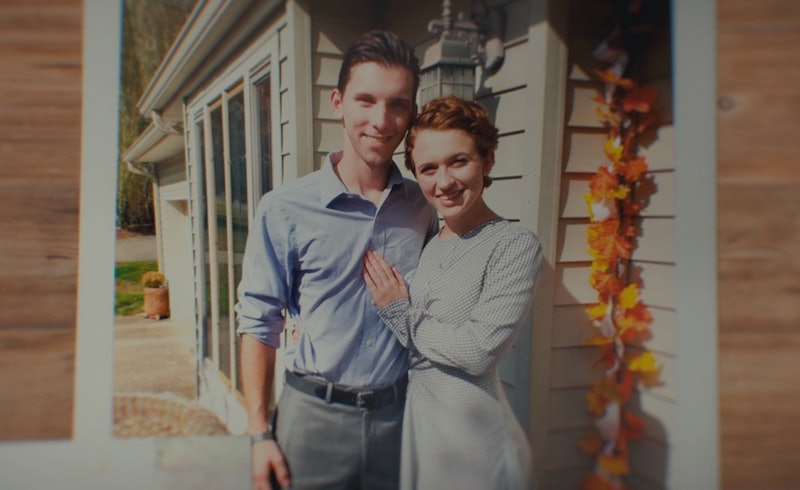 HBO’s true crime series The Way Down explores Remnant Fellowship and its leader Gwen Shamblin, whose grand promises of weight loss through prayer hid an alleged culture of psychological and physical abuse. Former members say that Shamblin encouraged starvation, harsh corporeal punishment of children, and cutting off ties with any non-believers. The latter idea is explored through the story of Glen and Cary Wingerd, whose teenage daughter Delaney joined the Fellowship after being recruited by a high school boyfriend. (For its part, Remnant Fellowship “categorically denies” what it calls “the absurd, defamatory statements and accusations” made in The Way Down, describing it as “yet another Hollywood attack on religion.”)

Delaney was a straight-A student, but not as independent as her two other siblings, Glen says in the series. When she first met her future boyfriend, Jackson Rector, during theater class, Cary encouraged her to not judge him just because he was a member of Remnant Fellowship. At the time, the Wingerds were aware that the members of the church were considered “weird,” but they didn’t know any concerning details about the group beyond that.

By 2016, however, her parents realized there was something off about their relationship. Around this time, they also started uncovering the more disturbing information about Remnant. Senior year was “kind of traumatic” for Delaney, as she grappled with what she wanted to do with her life. That seemed to give an opening for Rector to begin talking to her about finding purpose through God.

Later, Cary found explicit texts between Delaney and Rector on her phone. When confronted about it, Rector said he intended to convert Delaney to his Remnant Fellowship. The Wingerds told them to end the relationship, but Delaney continued to see him in private. They later found scripts that Rector wrote that instructed Delaney on how to answer if her parents started asking questions about Remnant. He also sent emails instructing her on how to create burner accounts and delete all messages and passwords after. The church leaders even gave her a burner phone to use. “She was being coached to be deceptive,” Glen said. “She was told, ‘There’s evil in your house. Shadows, darkness.’”

“It started to be where it wasn’t Delaney anymore. And you could tell in her eyes that we were losing her,” Cary said.

Today, it appears that Delaney Wingerd is married to Jackson Rector and is still a member of Remnant Fellowship. She now goes by Delaney Rector on Facebook. (The only other social media she seems to use is her Pinterest page, which she continues to update with links to poetry, sewing, and her “dream house.”) Per the church website, after dating for four years, Delaney and Rector got married on Saturday, May 29, 2021 — the very same day that Gwen Shamblin died as a result of a plane crash (which was taking her and several other leaders to a MAGA rally).

“Growing up, I always knew God existed, but I never knew what to do with that knowledge,” Delaney wrote on the website. “But when I began to attend Remnant Fellowship Church, the Bible began to make sense ... what I’ve learned at Remnant Fellowship is to put what is in the Bible into practice in my life.”

She added that Rector is the “biggest blessing” in her life as he “points her to God in all situations” and reminds her to “grow in righteousness.” She added that she’s “looking forward to a lifetime with Jackson, and a lifetime of living out the words of the Bible together.”

Her parents, however, see her church very differently. “You talk to [your kids] about drugs, alcohol, driving too fast, and teenage pregnancy. But you never think to coach your kids on a cult,” Glen says in The Way Down. “It’s not in the manual.”

More like this
Michael Peterson & Sophie Brunet’s Relationship Timeline
By Morgan Leigh Davies
All The Theories About Kathleen Peterson’s Death
By Morgan Leigh Davies
What Happened To The Real Sean Suiter From We Own This City?
By Kadin Burnett
Betty Gore’s Daughter Honored Her After She Became A Mother Herself
By Brad Witter
Get Even More From Bustle — Sign Up For The Newsletter