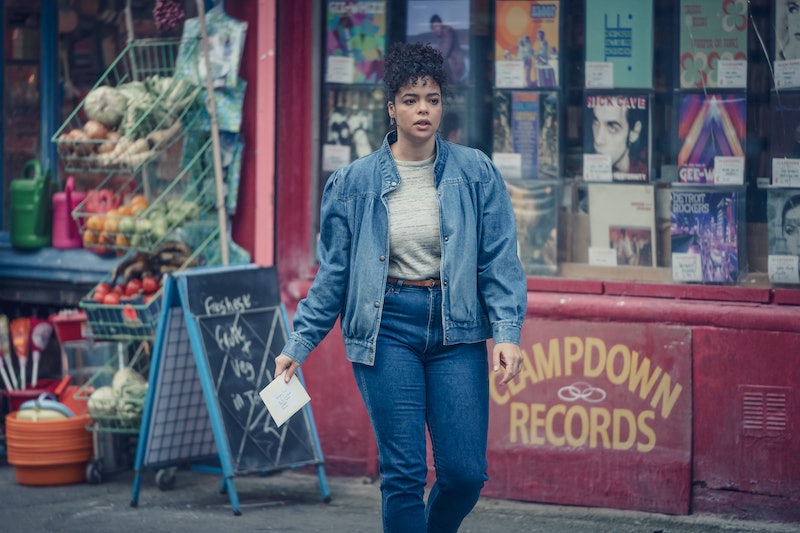 Created by Russell T. Davies, It's A Sin is set in 1980s London during the beginning of the HIV and AIDS epidemic. But was the UK capital actually used for filming, or did the production team sneakily transform another British town? Since Davies has strong links to the mid-noughties reboot of Doctor Who, Cardiff could be a pretty viable guess for the location. But where is It's A Sin filmed exactly?

Travel a bit further north, and you'll find the area you're looking for. Turns out It's A Sin called Greater Manchester its home for filming, specifically Bolton's city centre and the town of Darwen. Le Mans Crescent in Bolton seems to garner the most attention, as that's where the cast and crew were seen filming a protest sequence in October 2019. The Lancashire Telegraph describes the location as being "very popular among filmmakers." Peaky Blinders fans will be super familiar with Le Mans Crescent, as it was also used as a substitute for London, too.

As for Darwen, a house in Joseph Street was used for part of the show after location scouts were seen "touring the estate beyond St Peter's Church in the town for some time before making the decision." Certain landmarks in Manchester city centre also appear, including The Star and Garter on Fairfield Street, and Eccles Shopping Centre, per Manchester Evening News.

Utilising his role as patron of HIV and AIDs charity George House Trust, Davies used archives stored at the Manchester facility and other means of research to ensure the depiction of the era was correct. "They've got logs of all the transcripts from their phone lines during the 1980s, so I put some of that on screen," the creator told Manchester Evening News. "I talked to loads of friends, I talked to lots of doctors as well. For the facts and for the anecdotal stuff too. But mainly it was an act of remembering because I was actually there and I saw those people and knew those people and loved those people."