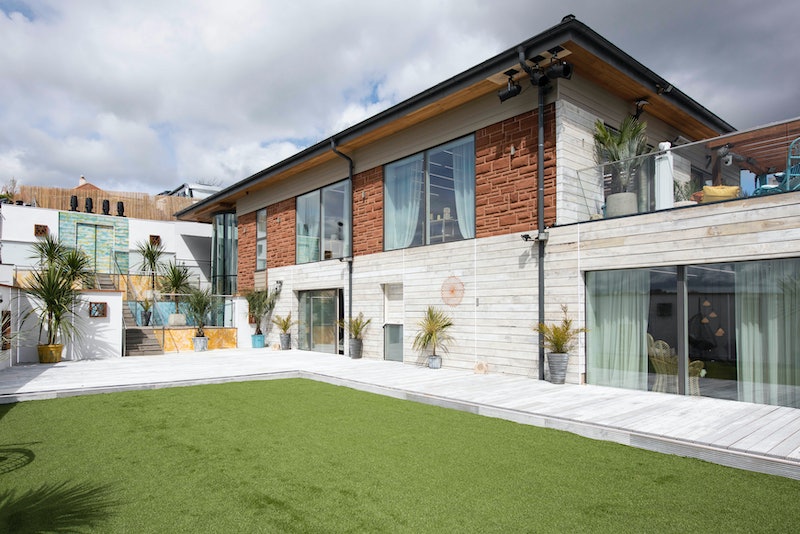 Love Island may be over, but that doesn’t mean the end for loved up tell. Enter ITV’s Ready to Mingle, a brand new dating show which sees a single woman attempt to find her significant other among a group of twelve men; some single, some in relationships and looking to bag themselves a £25,000 cash prize.

The concept is a confusing one, but the filming location it is without a doubt a knockout. Sneak peeks and trailers released by ITV reveal the dating show’s snazzy setting which looks like a coastal dream. But where is Ready to Mingle actually filmed?

Spoiler: it isn’t sunny Spain. It is, in fact, filmed on home turf. Filming for the series took place in April 2021, in the Devon town of Torquay, on the English Riveria.

The house that will become as famous as Mallorca’s Love Island villa is called Bay View House. Nestled on a clifftop in the Torquay hamlet of Maidencombe, it is reportedly worth £3.5 million, according to Devon Live. Per the local publication, locals were approached by the production team to rent out houses and fields close to Bay View House, with one bungalow being used as HQ for the show’s operations.

Described as having “one of the best views in Britain,” the “conceptual modern masterpiece” offers panoramic sea views and sprawls over 5,250 sq ft of flexible living space and features a 534 sq ft terrace,” according to local estate agent John Couch.

Split across two levels, the house has six bedrooms – including a very generous master bedroom – a gym/media room, a laundry room, utility room, and a huge kitchen-cum-dining room, and seriously large sitting room, which looks out onto a terrace.

Naturally, the entire house is fitted with underfloor heating as well as triple-glazed windows, and has a rather fetching wood burner. (Romantic, no?) And while it may not have a swimming pool like the Love Island villa, it does have a hot tub on the balcony (intimate!) and a very extensive terrace, practically made for al fresco chats and romance.

Judging by the photos ITV has released, it’s gone under an extreme make-over featuring a familiar Love Island feel, but overall less neon.

Ready to Mingle airs on ITV2 from September 6 at 9 p.m.