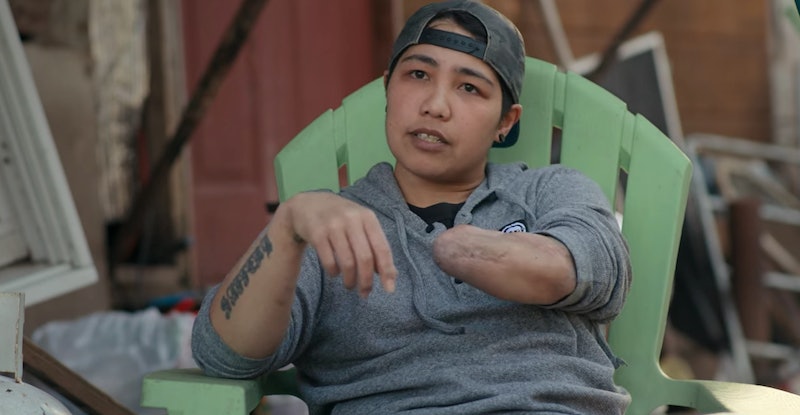 Saff Saffery was a staffer at Joe Exotic's GW Zoo in 2013 when he lost his arm in a tiger attack. Aftermath footage of the 911 phone call and his boss Joe "Exotic" Maldonado-Passage coming to Saff's aid were featured in Netflix's Tiger King docuseries. But more astonishing than the attack itself was Saff’s equanimity as producers question him about opting for amputation instead of two years of reconstructive surgery. "I knew if I stayed in that hospital, the media wins," Saff remembered, conscious of the immediate publicity maelstrom. "I see how much they blew it up into this horror story that I felt like the best thing to do was get right back to work."

Saff, a former member of the U.S. armed forces who served in Afghanistan and Iraq, returned to work five days after the operation to remove his hand. He even issued a statement at a 2013 press conference taking full responsibility for the event:

"I broke protocol and stuck my hand in a cat cage instead of using the stick provided. The cat let go and pushed my arm back through the cage. This tiger was not aggressive towards me."

Saff continued working at GW for years following the incident, leaving in June 2018, around the same time Maldonado-Passage was arrested on charges of murder-for-hire and violations of the Endangered Species Act (he's currently serving out a 22-year sentence). In a recent interview, Saff called Maldonado-Passage "the reason I was there." Saff reconfirmed that he'd left the park to Oxygen.com, adding that he no longer associates with anyone he knew from that time. "I chose to leave the park and every one involved behind me."

Last week, Saff appeared on a YouTube episode of David Spade’s late-night show Lights Out, reiterating the accident was "an absolute 100% mistake" that he attributed to the natural complacency of doing the same chores day after day. He also provided an update on the tiger who mauled him: The animal wasn't put down, just moved to another part of the park where guests couldn’t visit.