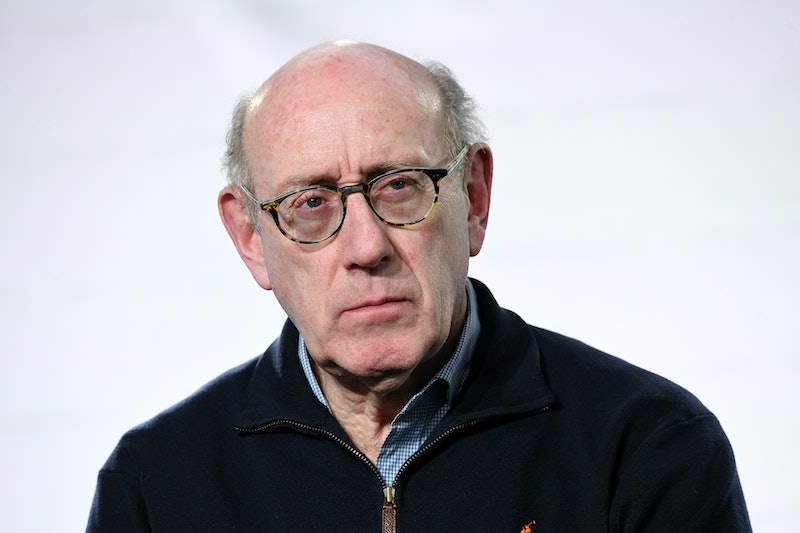 Netflix’s new film Worth depicts the aftermath of the 9/11 attacks and the struggles faced by the September 11 Victims Compensation Fund (VCF), lead by Kenneth Feinberg. The VCF allocated financial resources to victims of the attacks, as well as their families, in exchange for their legal cooperation. Feinberg was in charge of calculating how much each family would receive, and he decided to base those sums on the anticipated life earnings of each injured or slain person. On paper, this seemed like a logical plan. But can the value of a life really be measured in monetary terms? This was one of the prime criticisms that Feinberg and the VCF faced.

These difficult questions were just what drew Worth director Sara Colangelo to the project. “I wanted to explore the tension inherent in this scenario — the matter-of-factness of calculating numbers and how it would collide with the heartbreak of countless personal tragedies. How would such a project work?” she said in a statement. “How would Ken and [his business partner Camille Biros] possibly keep people happy? And how would Ken, as the architect and public face of the Fund, fare emotionally along the way?”

So who, exactly, is the real man played by Michael Keaton in the film? Below, what to know about Feinberg and his involvement with the Victims Compensation Fund.

Feinberg was noted for his experience in settlement resolution when he joined the VCU.

Prior to joining the Victims Compensation Fund, Feinberg received a bachelor’s degree from University of Massachusetts, Amherst and his J.D. from New York University’s School of Law. He began working for Senator Ted Kennedy in 1975, and became his Chief of Staff before leaving to join a law firm.

He went on to start his own firm and gain experience in victim compensation projects, such as the Agent Orange Victim Compensation Program and the Asbestos Personal Injury Litigation.

Many were very critical of Feinberg’s plan in the beginning.

The September 11 Victim Compensation Fund was created only 11 days after the attacks. As Worth shows, the eight-part “formula” Feinberg used to determine how much each family should receive was ultimately based on their estimated worth. Early on, this method was overwhelmingly criticized by both the media and those who elected to receive benefits. In an interview with Law Report with Damien Carrick, Feinberg said that he was often asked, “Why did the government let us down?”

Feinberg’s attitude changed upon listening to the victims’ stories.

Though he elected to work pro bono through his entire term with the VCF, Feinberg was described as “aloof and arrogant” in the beginning. Eventually, as Feinberg met with more and more families, he began to understand the pain of those sitting across from him.

“It’s a brutal, sort of cold, thing to do. Anybody who looks at this program and expects that by cutting a U.S. Treasury check, you are going to make 9/11 families happy, is vastly misunderstanding what’s going on with this program,” Feinberg told ABC News in 2003. “There is not one family member I've met who wouldn’t gladly give back the check, or, in many cases, their own lives to have that loved one back. ‘Happy’ never enters into this equation.”

In the end, Feinberg believes the victims were satisfied with the arrangement.

In the same interview with ABC News, he said he was proud to see the vast majority of victims and relatives enroll in the fund: “As we speak, there are only 73 lawsuits where individual family members elected not to come into the fund and sue in court — 73. But there are 5,000 claims in the fund.”

The VCF needed 80% participation to succeed; ultimately, it reached 97%.

He wrote a book about his experience helming the Victims Compensation Fund.

In 2005, Feinberg published What Is Life Worth? The Unprecedented Effort to Compensate the Victims of 9/11, which details his time as Special Master for the Victims Compensation Fund. Worth is based heavily on this memoir.

Now, he continues to work in victim compensation.

Following his tenure at the VCF, Feinberg worked with victims and families affected by the the Boston Marathon bombing, the shooting at Sandy Hook, the Penn State sexual abuse scandal, and more. Earlier this year, he told the Financial Times that he didn’t plan to retire anytime soon — and that companies and government workers continue to ask for his help, “because the last time we were asked, it worked.”