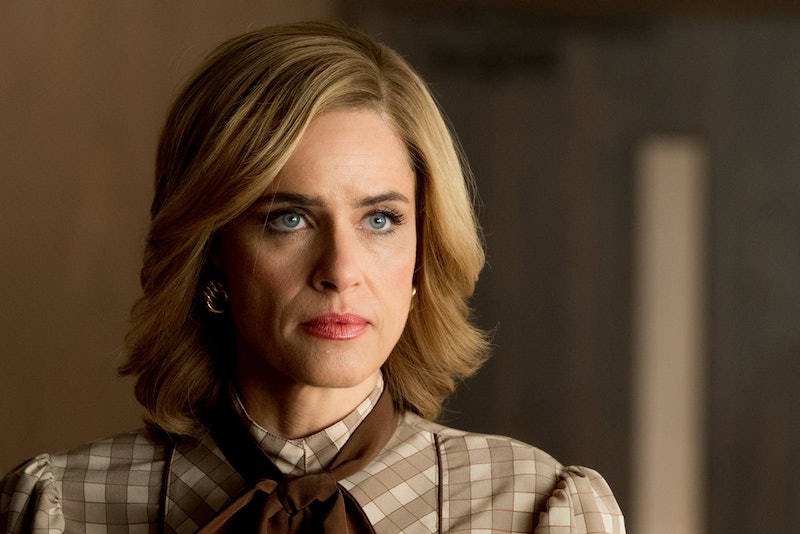 When Betty Broderick’s eldest daughter Tracy graduates from high school on Dirty John, it should be a momentous event. Instead, the day is marred by drama. Betty’s ex-husband Dan brings his fiancée Linda to the ceremony, undercutting what should be a moment of parental triumph for Betty. When she finally finds her daughter among the crowd of new grads, her first words are: “How could he bring her here?” The conversation dissolves before Betty utters any congratulations.

The first name of the eldest of Betty’s four children is changed to Tracy for the purposes of television, but in their stilted and often cold interactions, we can see the contours of the contentious relationship Betty had with her actual daughter Kim Broderick. Unlike some of her younger siblings, Kim was old enough in the late 1980s to remember her mother’s violent behavior throughout the collapse of her parents' marriage. The day Betty burned Kim’s father Dan's clothes, for instance. Or the day she threw a bottle at his head and he pretended it didn't happen.

On the show, Betty asks Tracy if she could have done more to prevent Linda from attending the graduation ceremony, not shielding her daughter from her parents' strife but dragging her into it. In real life, too, Kim was often expected to be more of a confidante than a kid. When her mother shot and killed both Dan and Linda, it was Kim, then 19, that Betty called to utter her first confession. (Betty was convicted on two counts of second-degree murder in 1991 and is still serving out her prison sentence in California).

Their relationship has remained strained. During the murder trial that would define Kim’s young adulthood, she testified against her mother. She told the jury that Betty said she’d planned to die by suicide after the murders, but ran out of bullets on the night she stole Kim’s keys to break into Dan and Linda’s home. Kim also said that her mother didn’t cry on the phone; her voice only shook. In response, Betty called Kim a “traitor.” Her lawyer was even more explicit, telling the press that Kim's intent was to “destroy” her mother. “I don’t know anyone who needs love like that,” he said during the trial, per the Los Angeles Times.

As recently as 2010, Kim refused to write a letter in support of her mother’s parole, though her sister and one of her younger brothers support her release. According to Kim's 2014 tell-all book Betty Broderick, My Mom, the siblings have agreed to disagree about their mother’s incarceration. But that doesn’t mean Kim is indifferent to Betty’s situation. She's sent her packages and, in the book, describes what it’s like to visit her mother in prison: “Outside of my dad being killed, it is the worst heartache and sorrow I could ever imagine.”

Betty, too, has continued to speak publicly about Kim, giving an update about her daughter's marriage and pregnancy to the San Diego Register in a 1998 interview. Now, Kim lives a private life in Idaho, nearby to two of her siblings. According to her LinkedIn profile, she’s a director at Big Wood School, a Christian pre-school.