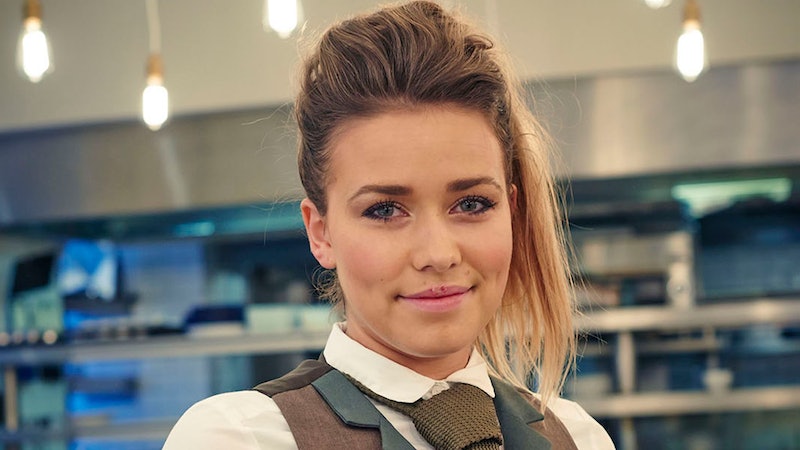 First Dates returned to our screens on Jan. 19 and it was a serious throwback to dating pre-pandemic. Fred and his team were back to matchmake some seriously eligible singles in their new restaurant in Manchester. And that wasn’t all that was new. The team has been joined by three new faces and you’ll have noticed that a show vetran was missing. So, why is Laura from First Dates not on this series? She’s had a seriously busy year in her other job but explained that she’d be tuning in every week to get a dose of dating dramas.

The move to Manchester gave First Dates a super fresh feel. But it meant that Laura Tott wouldn’t be in series 16. Outside of the show, Tott works as a NHS paramedic. “As you can see, I do not appear in this new series of First Dates. They have moved up north to a new restaurant and wanted to freshen up the team for this series with some new local faces among the old faces, so I will not be featuring in this new series of First Dates unfortunately,” she wrote on Instagram.

While First Dates may be about love connections Tott made up one half of the most dynamic duo on the show with fellow waitress Cici Coleman. Tott is definitely going to be missed but she’s been very busy. “To be honest, I don't actually know how I would have fit filming in this year with working during the pandemic, I've needed every day off to chill out so it's actually been a welcome break,” she wrote, “I've missed the whole team though, that's for sure.”

First Dates first aired in 2013 and Tott has become a firm favourite. It’s rare to get a glimpse of the First Dates cast’s lives outside the restaurant but she’s shared pictures throughout the pandemic in full PPE at work. While you won’t see her on series 16, Tott has reassured her followers that she hasn’t thrown in the First Dates towel just yet. "This doesn't mean it's over and I'm still very much part of the First Dates family and hopefully, I'll be back again real soon,” she said.

Daniella, Fiona, and David have entered the show this season and if the first episode is anything to go off, they’re naturals at getting the details from singles about how their dates are going.

You can catch the new series of First Dates on Tuesdays at 10 p.m. on Channel 4. While she may not be there, Tott wrote, “I can't wait to watch the new series. Good luck to the new waiters/waitresses this series."

More like this
Joey Essex Is Rumoured To Be Dating A 'Love Island' Favourite
By Sam Ramsden
Molly-Mae & Tommy Fury Revealed Their Baby Girl's "Really Unusual" Name
By Sophie McEvoy and Sam Ramsden
Darren Harriott Is Keeping His Love Life Away From The Spotlight
By Darshita Goyal
Gemma Atkinson & Gorka Márquez Are Strictly The Sweetest Couple
By El Hunt
Get The Very Best Of Bustle/UK
Sign up for Bustle UK's twice-weekly newsletter, featuring the latest must-watch TV, moving personal stories, and expert advice on the hottest viral buys.