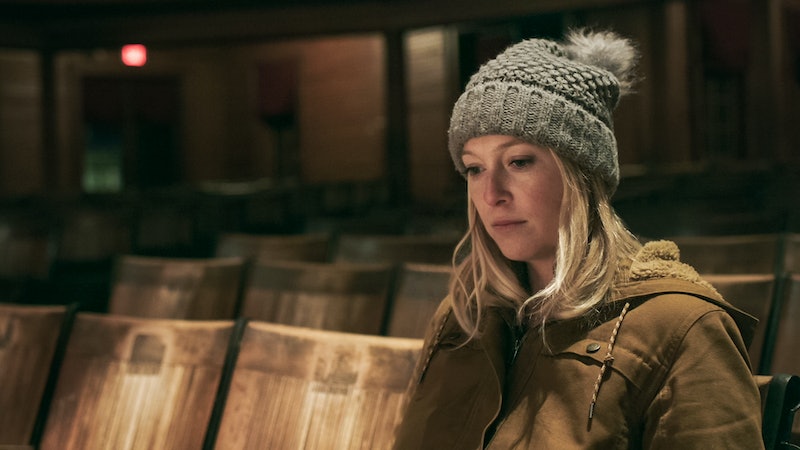 One year after leaving NXIVM, India Oxenberg got engaged to New York chef Patrick D’Ignazio. But her new Starz docuseries, Seduced: Inside the NXIVM Cult, mentions a man she was dating while still in the cult: Michel Chernitzky, a proctor in the group.

"When we first started dating, [NXIVM co-founder] Nancy Salzman was super opposed, because he was a higher ranking coach and I was not," Oxenberg explains in the show. "So she kind of inserted herself in our relationship and put all these parameters in place in order for him to date me."

After the pair began dating, former NXIVM publicist Frank Parlato alleged on his website that Chernitzky convinced Oxenberg that she should be with Raniere instead, as Chernitzky considered the NXIVM leader to be his superior. The two broke up, and Chernitzky allegedly began dating another NXIVM member, Jacquelin Ronay, who Perlato claims also became sexually involved with both Raniere and Chernitzky's friend and NXIVM superior, Emiliano Salinas. (This is all speculation, so take it with a grain of salt).

As for where Chernitzky is now, NXIVM largely disbanded after allegations of sex trafficking and fraud emerged within the group. It's unclear if he still has any connections to former members. He does appear to have a private Instagram profile, as well as a LinkedIn page. His profile only has information going back to 2019, the year after Raniere's arrest and subsequent conviction for charges including sex trafficking and forced labor conspiracy.

According to the posted information, Chernitzky currently holds three financial consultant positions: he's a business development partner at the The Woodlands, Texas-based investment management firm Hoyle Capital, a partner at another The Woodlands-based financial services company called Legacy Builder, and a principal at the multi-strategy consulting firm Ricon Capita. Considering he's listed as working at two businesses in The Woodlands, Texas, it seems likely that Chernitzky calls the city home.

According to Chernitzky's profile on Legacy Builder's website, he "was raised both in Mexico and the U.S.," allowing him to "not only develop a bi-cultural perspective, but also a valuable network in both countries. With a background in industrial engineering, he began his corporate career in real estate finance; soon after he ventured into his first entrepreneurial projects."

Given that he seems to have a robust professional portfolio, it appears Chernitzky has been able to move on from his time in NXIVM.

More like this
'The Bachelor's Peter Weber & Kelley Flanagan Are Reportedly Back Together
By Grace Wehniainen
'The Real Love Boat' Hosts Rebecca Romijn & Jerry O'Connell’s Love Is Smooth Sailing
By Radhika Menon
Kevin Kreider Finally Asked Out Kim Lee On 'Bling Empire'
By Brad Witter
The 'Love Is Blind' Season 3 Teaser & Release Date Are Here & The Cast Is "All In"
By Kadin Burnett, Grace Wehniainen and Gabrielle Bondi
Get Even More From Bustle — Sign Up For The Newsletter