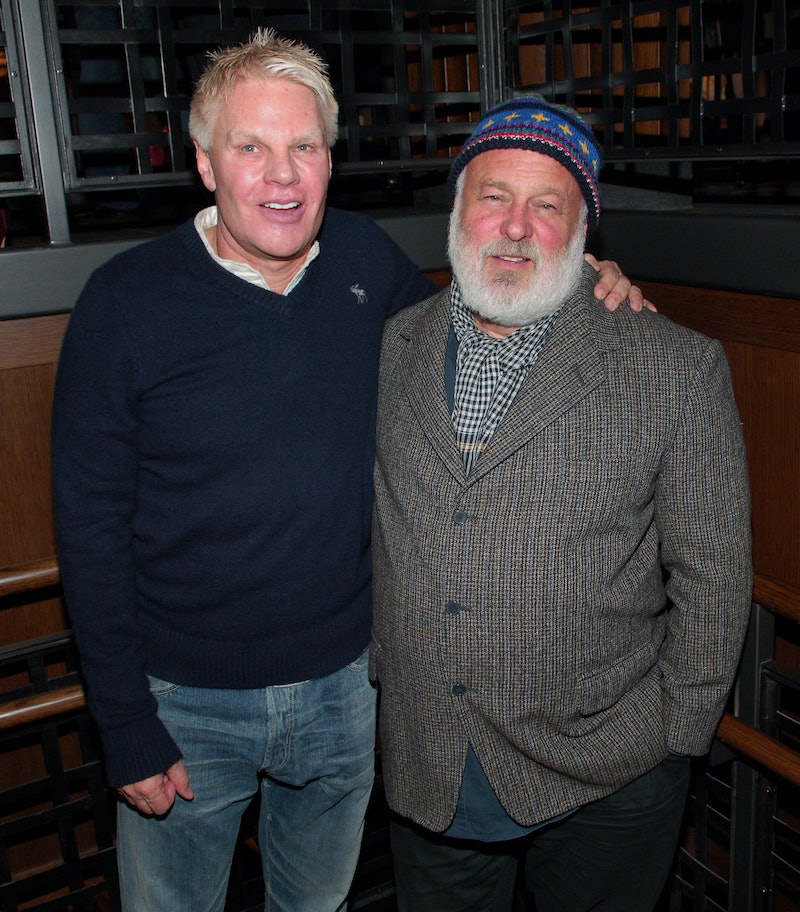 Netflix’s White Hot: The Rise & Fall of Abercrombie & Fitch, directed by Alison Klayman (Jagged), recounts the successes and failures of the clothing brand that dominated American shopping malls in the early aughts. Much of Abercrombie & Fitch’s explosive growth was thanks to longtime CEO Mike Jeffries, who revamped the brand in the mid-’90s with a new “all-American” look — think polos with popped collars, boot-cut jeans, and flip-flops. The combination of this preppy aesthetic with some racy advertisements (shot by Bruce Weber) struck a chord with teens at the time, Abercrombie & Fitch soon became one of the most sought-after labels of the time.

While Jeffries is responsible for capturing — or rather, styling — the zeitgeist of the new millennium, he also played a role in the company’s controversies and eventual decline. Below, a look at the former CEO’s tenure at Abercrombie & Fitch, as well as what he’s up to today.

What Was Mike Jeffries’ Legacy At Abercrombie & Fitch?

Leslie Wexner, founder and former CEO of L Brands (now Bath & Body Works, Inc.), acquired Abercrombie & Fitch in 1988, and hired Jeffries as CEO in 1992 to revive the then-100-year-old label. During his time in the job, Jeffries reinvented the once-tired brand and took the company public. Jeffries, who declined to take part in the documentary, is described by multiple former Abercrombie & Fitch employees as “charming,” “intelligent,” and “very private.” He is also said to have been a “perfectionist” and “micromanager.”

He hired photographer Bruce Weber, then well-known for his Calvin Klein advertisements, to shoot the brand’s campaigns, which came to define Abercrombie’s preppy-meets-sexy brand identity. (Weber would later be accused of sexual harrassment and assault by over a dozen male models; some of the alleged incidents occurred during A&F photo shoots. The photographer denies the claims, and has settled related lawsuits out of court.)

As detailed in White Hot, Jeffries was known for his impromptu Abercrombie & Fitch store visits, during which he reviewed the stores’ cleanliness and aesthetics. Part of this was how the store employees looked: Retail staffers were hired based on conventional beauty standards of the time, which often meant white, thin, and clean-cut. “It didn’t matter what your sales were. All that mattered was that the employees that you took pictures of and sent back to headquarters were hot,” says journalist Moe Tkacik in the documentary.

Abercrombie & Fitch faced a number of controversies during Jeffries’ time as CEO. In 2002, racially insensitive T-shirts were pulled from shelves following protests from the AAPI community. Around the same time, underwear with suggestive phrasing also sparked outrage. The following year, the company was sued by a handful of former employees for racial and sexual discrimination; a settlement was reached in 2004, which required Abercrombie & Fitch to pay out $40 million to “minority and female plaintiffs” and to increase diversity standards. In 2012, a corporate jet pilot sued the company alleging that he was fired because of his age; the suit made public a 47-page "aircraft standards" manual, which detailed how air crew members were required to wear polo shirts and boxer briefs, among other specifications. And in 2013, Buzzfeed News reported that executives at the company were troubled by Jeffries’ longtime romantic partner Matthew Smith, who wielded significant, unwarranted power at Abercrombie & Fitch.

Following these controversies, which contributed to plummeting sales, Jeffries was removed as the brand’s chairman in 2014. Less than a year later, he retired from his role as CEO.

Where Is Mike Jeffries Today?

Jeffries, now 77 years old, has kept a very low profile in recent years. The last time he made news was in 2018, when he sold his Manhattan townhouse for $12.9 million after two years on the market. The final price was around $6 million below its original 2016 listing.

Since then, Jeffies has remained out of the public eye.

More like this
Where Is Dr. Cline Now?
By Morgan Leigh Davies
Why The '365 Days' Sex Scenes Are Good, Even If The Movies Aren’t
By Arya Roshanian
Watch The Dramatic First Trailer For Netflix's Jennifer Lopez Documentary
By Alyssa Lapid
9 Films About Mental Health To Watch On Netflix UK
By L'Oréal Blackett and Sophie McEvoy
Get Even More From Bustle — Sign Up For The Newsletter