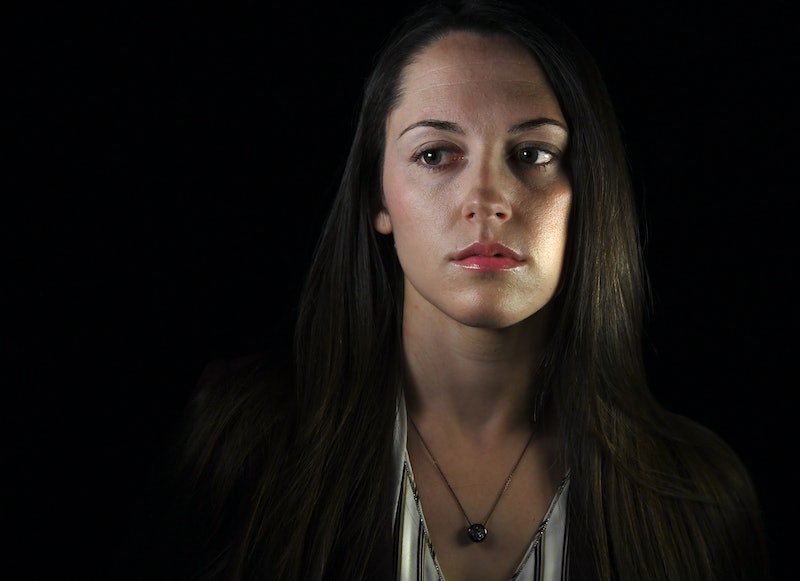 Netflix's latest true crime documentary is a bit different than what fans of the genre are used to seeing. Instead of relying on the usual formula of talking heads narration mixed with archival footage and reenactments, American Murder: The Family Next Door is composed completely of footage from the investigation, social media posts, news reports from the time, and text messages from the involved parties. This allows the viewer to act as the detective alongside the real-life investigators. But the film doesn't answer every question about the case, including where Nichol Kessinger is now.

Though American Murder: The Family Next Door can't definitively answer why Chris Watts murdered his pregnant wife and their two young daughters — it makes a pretty convincing case that Watts did it so he could start a new life with his younger girlfriend, Kessinger. According to the doc, the pair began a sexual relationship while Watts was married to Shanann Watts. Kessinger appears only briefly in the film, and in interviews with investigators she claimed that Watts had told her that he and his wife were in the process of getting a divorce. She also claimed to have had no knowledge of Watts' intent to kill his family, and said she only learned of his crimes after they were reported in the media. She also said she didn't know that Shanann was pregnant at the time of her murder. What Kessinger knew and didn't know has been a subject of debate.

Today, Kessinger's whereabouts are unknown. Armchair detectives on Reddit and other forums have claimed that after her relationship with Watts ended — or possibly even before — she began a relationship with a geologist named Jim Gutoski. However, there is no real proof of any such relationship. Kessinger is also rumored — according to a report from tabloid Radar Online — to have gone into the witness protection program to prevent threats on her life, but again, there is no proof that this is the case.

There is also the possibility that Kessinger has maintained contact with Watts. An author named Cherlyn Cadle engaged in an ongoing correspondence with Watts while he was in prison that she documented in a book, Letters from Christopher. In his letters to Cadle, Watts revealed that since his incarceration he has received a number of letters and postcards signed by various names that he believes are actually from Kessinger. According to Cadle, Watts still refers to Kessinger as his "soulmate."

But other than these unsubstantiated rumors, there's no telling what Kessinger's life has been like after the tragic Watts family murders.