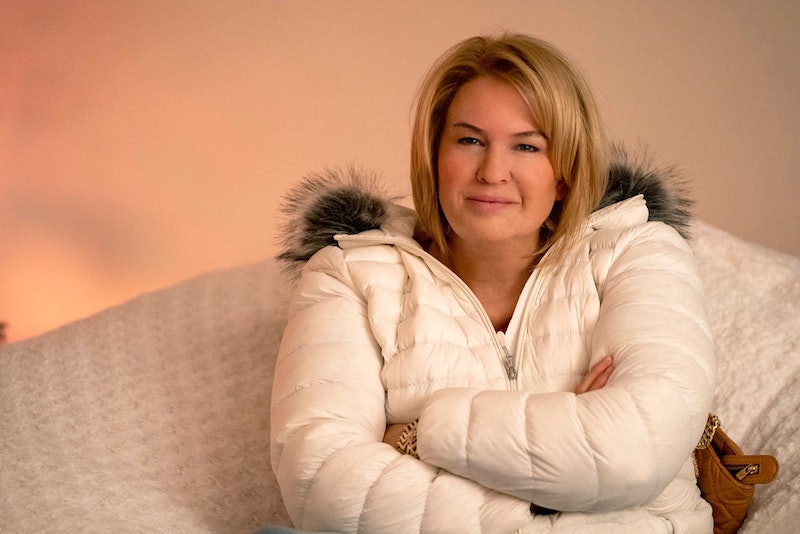 NBC’s new true crime drama The Thing About Pam may be about the murder of Betsy Faria, but the real woman at the center of the story is Pam Hupp.

Hupp, played by Renée Zellweger, was a friend of Faria’s and the last person known to have seen her alive. After Faria was stabbed to death in her Missouri home on Dec. 27, 2011, Hupp became the prosecutor’s star witness in an investigation that eventually led to the wrongful conviction of Betsy’s husband, Russ Faria. Hupp repeatedly insisted that Russ was responsible for his wife’s murder — a claim that went unquestioned by the prosecutor and police officers in the original investigation. But the inconsistencies in her story and the fact that she stood to financially benefit from Betsy’s $150,000 life insurance policy eventually led many to suspect that Hupp was actually behind Betsy’s death. (Hupp has repeatedly denied her involvement).

Hupp is currently serving a life sentence with no chance of parole at the Missouri Chillicothe Correctional Center for the 2016 murder of a man named Louis Gumpenberger. Though Gumpenberger doesn’t have any ostensible connection to Betsy’s case, investigators believe that Hupp killed him in an attempt to further frame Russ Faria, who was exonerated and released from prison after a 2015 retrial.

Just about a year after Russ’ release, Hupp called 911 to report that she shot an intruder in her home, claiming she did it out of self-defense. When law enforcement arrived, they found Gumpenberger lying dead on Hupp’s bedroom floor with a note and $900 in his pocket. The handwritten note had instructions to kidnap Hupp and take her to the bank in order to get “Russ’ money.” However, a police department and prosecutor different from those assigned to Betsy’s case were handling the investigation, and it didn’t take long for them to see through Hupp’s story and arrest her for Gumpenberger’s murder.

The evidence suggested that Hupp had staged the entire scene by luring Gumpenberger, who was a disabled single father, from his apartment to her home in order to shoot him. Investigators also discovered that Hupp had planted evidence to implicate Gumpenberger — the knife found at the crime scene had been bought by Hupp at a dollar store, and the serial numbers of the nine $100 bills found in his pocket were in sequence with $100 bills found on Hupp’s dresser, suggesting they were all withdrawn from the bank by the same person. Additionally, a woman named Carol McAfee came forward with a story suggesting that Hupp had attempted to lure other people to her home prior to Gumpenberger by pretending to be a Dateline producer offering money for help with a video reenactment. “It was hard to breathe,” McAfee told local news station FOX 2. “To think I was supposed to be laying in that yard dead?”

After Hupp was arrested for Gumpenberger’s murder, she stabbed herself in the neck and wrists at the police station in an apparent suicide attempt, a decision which prosecutors say supported the evidence of her guilt. She was convicted to life in prison without the possibility of parole in 2019 after taking an Alford plea, which is essentially a defendant acknowledging that prosecutors have enough evidence to convict without actually pleading guilty to the crime they’re on trial for.

In the years after Betsy’s death and Russ’ conviction, Hupp was also tied to one other death — that of her mother, Shirley Neumann, who fell to her death from a third-floor balcony at her senior center apartment complex in 2013. Though the death of Neumann was initially assumed to be an accident or suicide because she had dementia, that was called into question when it was discovered Hupp’s mother had eight times the usual dose of Ambien in her system at the time of her death. Additionally, Hupp stood to gain $500,000 from her mother’s life insurance policy. The medical examiner eventually changed the manner of death from “accidental” to “undetermined” in 2017 and the investigation into Neumann’s death remains open.

In July 2021, over a decade after Betsy Faria’s murder, Hupp was charged with first-degree murder and armed criminal action (although the armed criminal action charge has since been dropped due to a statute of limitation issue). Hupp was set to have her preliminary hearing in February 2022, but it’s been delayed indefinitely due to the unexpected death of her public defender from a heart attack. In the meantime, she remains incarcerated for Gumpenberger’s murder.

More like this
'Sherwood’s Filming Locations Hold Deeper Meaning
By Rachel Mantock
Tyler Barriss From ‘Web Of Make Believe’ Remains In Prison For Swatting
By Kadin Burnett
Is Ryan J. Vallee From Web of Make Believe Still In Prison?
By Kadin Burnett
The “Beatrice Six” Were Awarded $28 Million After Their Wrongful Convictions
By Brad Witter
Get Even More From Bustle — Sign Up For The Newsletter