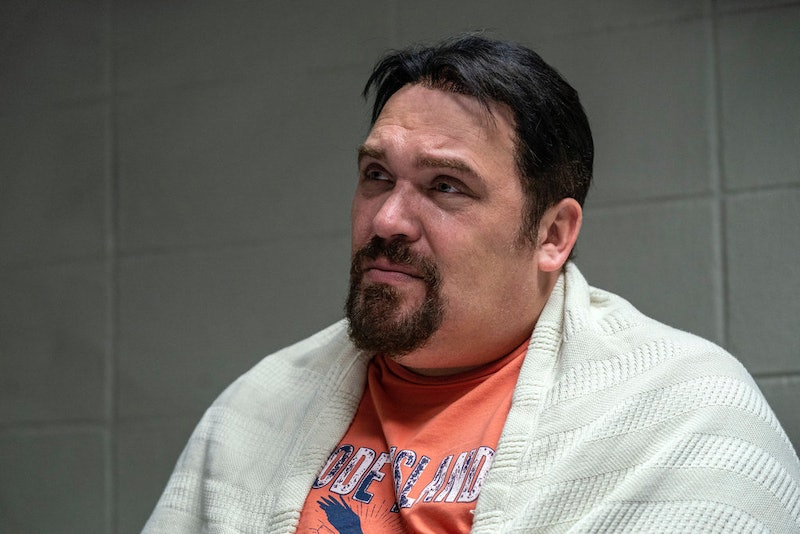 NBC’s new limited series The Thing About Pam retells the twisty 2011 murder case of Elizabeth “Betsy” Faria. When Betsy was found dead in her Missouri home on Dec. 27, 2011 after being stabbed a horrifying 55 times, her friend Pam Hupp immediately pointed the finger at Betsy’s husband, Russ Faria. He became the sole murder suspect, and Hupp the prosecution’s star witness — despite the numerous inconsistencies and holes in her story. “I don't know what this woman has in for me,” Russ said of Hupp in an interview with People. “I’ve only met her maybe a half dozen times, if that, but she wants to keep throwing me under the bus for something I didn’t do.”

Shortly before her murder, Betsy received a terminal cancer diagnosis, which was also the catalyst for her becoming closer to Hupp. The two women had befriended each other while working together at State Farm Insurance and later drifted apart. But she and Hupp reconnected after the diagnosis, and Hupp frequently drove Betsy to and from her chemotherapy appointments. On the night of Betsy’s death, Hupp was the last person known to have seen her friend alive — yet she was never investigated by law enforcement.

When the case went to trial in 2013, Russ Faria was wrongfully convicted of his wife’s murder. However, the way both the investigation and the trial played out was highly unusual and ethically murky. Jurors were never told two key pieces of information that clearly implicated Hupp in Betsy’s murder: firstly, that Hupp was actually not supposed to drive Betsy home on the night of her murder but insisted on doing so anyway, and secondly, that Hupp was the only beneficiary of Betsy’s $150,000 life insurance policy, which had been signed into Hupp’s name only four days before Betsy’s death. (Hupp has repeatedly denied any involvement in Betsy’s murder).

The latter fact about the life insurance policy was suppressed by the judge in the initial trial, despite the fact that it would have provided enough motive to charge Hupp in the case, Russ’ attorney Joel Schwartz told Fox. Though Hupp claimed that she had put the life insurance money in a trust for Betsy’s daughters from an earlier marriage, she never actually did, and in a later hearing, a judge ruled that she didn’t have to turn over the money. Schwartz also said that he was prevented from cross-examining Hupp when she testified against Russ in his first trial, despite her heavy involvement in law enforcement’s investigation of the case.

After spending over three years in prison, Russ was finally retried in November 2015, when he was exonerated of his wife’s murder by a new judge, who also raised questions about Hupp’s possible involvement. In 2020, Russ was awarded a $2 million out-of-court settlement in a civil lawsuit against three officers involved in the investigation of his wife’s murder who he alleged had “fabricated evidence” and “failed to investigate the other obvious suspect,” People reported. In July 2021, after Hupp was linked to two other untimely and/or suspicious deaths — specifically, the murder of Louis Gumpenberger and the death of her own mother, Shirley Neumann — she was officially charged with Betsy’s murder. Prosecutors plan to seek the death penalty.

“I need closure,” Russ told People. “I need Pam to be convicted for this crime.”

More like this
'Children of the Underground' Subject Faye Yager Now Runs A North Carolina B&B
By Brad Witter
Where Is Charlie Evens Now?
By Morgan Leigh Davies
Anthony Templet Wants To “Live Normally” After Killing His Father
By Brad Witter
Dr. Anna Pou Is Still Practicing Medicine After Facing Murder Charges
By Brad Witter
Get Even More From Bustle — Sign Up For The Newsletter