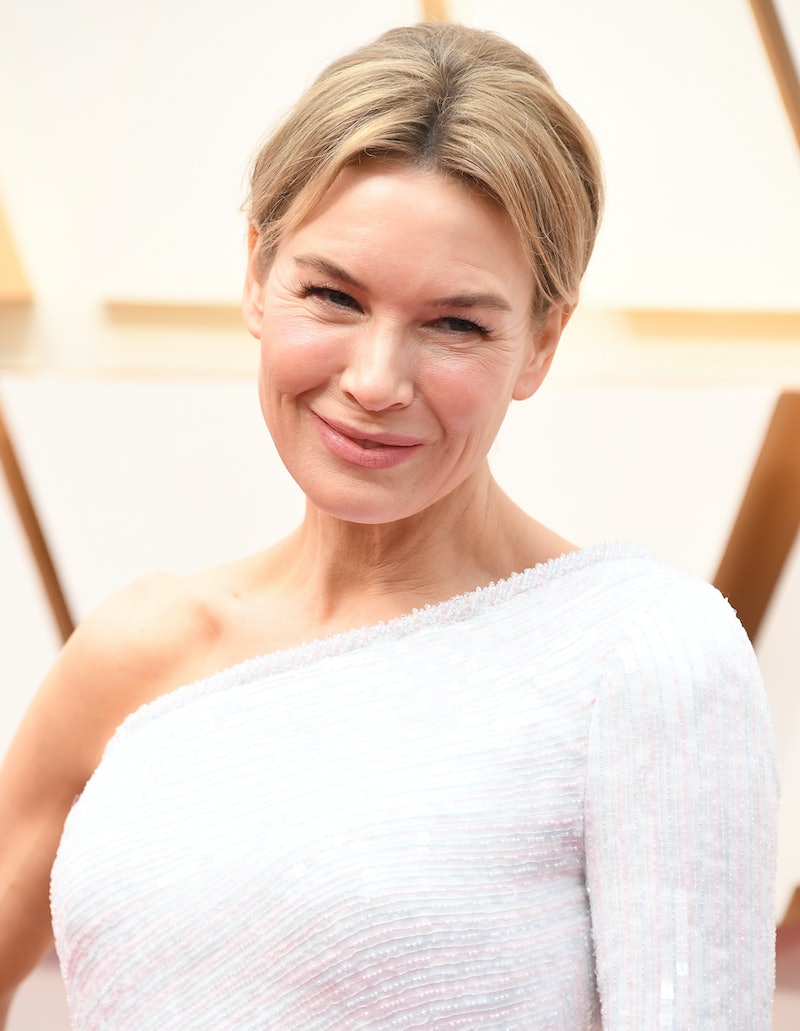 Renée Zellweger looks nearly unrecognizable as Pam Hupp in NBC’s forthcoming crime drama The Thing About Pam, set to premiere March 8. Adapted from Dateline’s news coverage and podcast of the same name, the six-episode miniseries tells the true story of Missouri resident Betsy Faria’s 2011 murder, originally thought to have been committed by her husband, Russ. But new evidence presented in 2015 led law enforcement to discover Betsy was killed by Hupp, who was officially charged with first-degree murder in 2021.

Zellweger donned a fat suit to embody the character, garnering a wave of backlash from people wondering why NBC didn’t cast an actor with the same body type as Hupp. While she hasn’t directly responded to the controversy, Zellweger spoke positively about the highly-criticized costuming decision in a new interview with Entertainment Tonight and said she was “amazed” by her own transformation.

Discourse around Zellweger’s new look for The Thing About Pam was first sparked when photos of the actor in a fat suit on set surfaced in October 2021. In an op-ed for UK publication Metro, writer Sarah Alexander described such suits as “a way of mocking fat people” and questioned NBC’s decision to cast the Oscar winner as Hupp. “There are plenty of incredibly talented plus-size actresses that could have been hired for the role,” she wrote. “For Zellweger to masquerade as a plus-size person is damaging, fatphobic and potentially triggering to other plus-size people. It seems like she has not considered the effects this will have on fat people, and is unaware and/or naive that she is adding to the stigma fat people already face on a daily basis.”

Months after the initial backlash, the first trailer for The Thing About Pam was released on Feb. 4. The same day, official photos of Zellweger as Hupp were published by Vanity Fair alongside an interview with the series’ cast and crew. However, none of them touched on the offensiveness of the casting and the response the photos received on social media. Instead, speaking about how viewers will perceive her transformation, Zellweger told the publication: “Oh, gosh, if you don’t recognize an actor or an actress in a performance, that’s a great compliment. You’re not trying to tell your own story.”

Elsewhere in the article, the actor detailed the process of becoming the midwestern murderer. “It was pretty much head to toe. It was prosthetics, it was a [padded] suit, it was the choice of clothing, it was the briskness in her step-step-step, her gait,” said Zellweger, who’s also an executive producer on The Thing About Pam. “All of those things were really important because all those bits and pieces are what construct the person that we project our own conclusions and presumptions onto.”

Showrunner Jenny Klein also spoke about Zellweger’s physical take on the character. “Seeing Renée as Pam for the first time was totally surreal,” she told Vanity Fair. “And it wasn’t just the physical transformation. It was the way Pam carries herself, her dropped foot, her mannerisms, her sniffs, and even the way she often talks with her hands. It was completely mind-blowing because I didn’t see Renée. I saw Pam. And that was also a little bit scary.”

In an opinion piece for IndieWire, journalist Libby Hill referenced transformations Zellweger underwent for previous roles, from gaining weight for Bridget Jones’s Diary to shedding it for Chicago, to illustrate why the actress should know better than to wear a fat suit in 2022. She also noted the public reaction to Zellweger’s real-life physical changes as a reason the actor could be more sensitive towards such issues. “The actor’s face and body have been fair game for open criticism for more than two decades,” wrote Hill, “so much so that Vulture did a timeline on the matter more than five years ago.”

Speaking to Entertainment Tonight in promotion of The Thing About Pam at the series’ March 1 premiere, Zellweger further detailed her initial reaction to seeing herself as the character. “Amazement, I was amazed,” she said on the red carpet. “You might achieve a couple of things, but I had no expectation it was gonna be as remarkable as that.”

On the decision to wear a fat suit, the actor said the production team was striving for “accuracy” in her portrayal of Hupp. “I think, especially in the case of telling this story, it was really important to as closely resemble Pam Hupp as we possibly could, because she seems so familiar, she seems like someone that we recognize, and we know,” Zellweger told ET. “In order for you to better understand how possible it might be that people would project onto her who they are sure that she might be, or what kind of person she might [be], it just seemed really important that we got as close to that as we could.”

Zellweger never responded to the backlash in the interview, but she gave insight into the experience of working under the weight of prosthetics while filming in New Orleans’ humid, high-temperature climate. “It was hot. It was really hot,” continued the actor. “But it's amazing to watch. Arian, who builds these things and applies them every day, he creates them by hand and paints them down to the last freckle. His precision is remarkable. It's part of the adventure, watching that happen every day, is pretty cool.”

Similar fan discourse recently followed actor Sarah Paulson’s choice to wear a fat suit to play Linda Tripp in 2021’s American Horror Story: Impeachment, which the actor ultimately regretted. “There’s a lot of controversy around actors and fat suits, and I think that controversy is a legitimate one,” Paulson told the Los Angeles Times. “I think fat phobia is real. I think to pretend otherwise causes further harm. And it is a very important conversation to be had.”

Twitter’s initial response to Zellweger donning a fat suit to portray Hupp was overwhelmingly negative, with many users expressing disappointment and confusion as to why actors and studios are still participating in such practices.

However, a few users sided with the Judy star’s comments and complimented her commitment to the role.