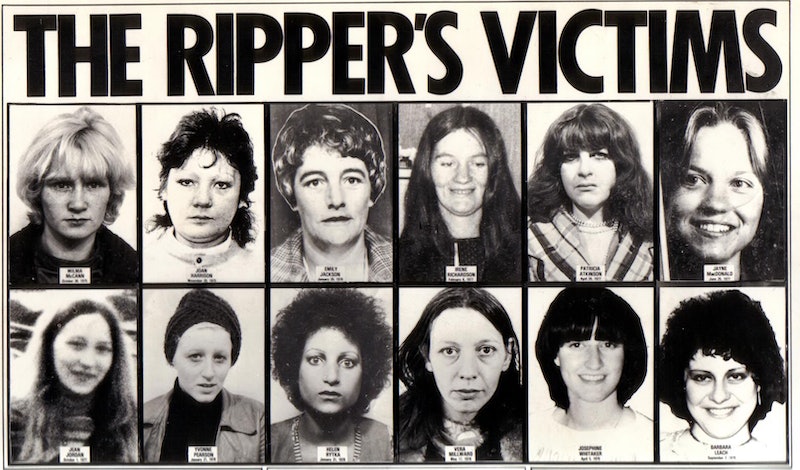 True crime can be a tricky genre to navigate, as it can often come across as a medium that glorifies criminals and the crimes they've committed, and thereby ignores the victims that suffered from them. But some true crime content seeks to do something different, attempting to uncover mistakes that may have allowed such crimes to happen in the first place, and understand how they may be prevented in the future. This is what filmmaker Liza Williams has aimed to do with The Yorkshire Ripper Files: A Very British Crime Story; a three-part BBC series that will explore the crimes of Peter Sutcliffe (more commonly known as "The Yorkshire Ripper"), and whether societal views of women in the '70s had an effect on how police originally investigated the case.

As BBC reports, by the time of his arrest in 1981, Sutcliffe had murdered 13 women and "attempted to murder seven others" in a killing spree in the North of England that lasted five years. The murders began in 1975, when Sutcliffe killed 28-year-old Wilma McCann in Chapeltown, Leeds. McCann was classed as a prostitute by the West Yorkshire Police, and, for that reason, a speculative motive began to take shape. It was suggested that the killer "hated prostitution," and that this hatred "extended to women of 'rather loose morals' who visited pubs and clubs but weren't necessarily sex workers," the Telegraph reports.

Led by a group of male investigators, the police stuck steadfast to this theory, which Williams believes "led them to overlook important leads," and dismiss certain eyewitness accounts. "The police did seem to decide very early on that his motive was a hatred of prostitution and that then shaped the investigation," Williams told the Telegraph. The filmmaker continued:

"[But] to me, it seems he hated women and wanted to kill women, and women who worked in prostitution were more vulnerable. If you start thinking he was targeting sex workers, you discount the evidence from other women."

When Sutcliffe murdered 16-year-old shopkeeper Jayne MacDonald, police described her as an "innocent victim." As Williams points out to the Telegraph, this language implied that the victims who worked as prostitutes were not 'innocent,' and were somehow to blame for their own murders. "It's obvious those attitudes were central in how things panned out," Williams told the newspaper. "At this time the way women were viewed, and the moral judgements made on the women, were central." Even when Sutcliffe was eventually captured, it had nothing to do with the mounting evidence that he was killing women in vulnerable positions. Instead, the Telegraph reports, he was arrested during a routine patrol by the South Yorkshire Police for using a false number plate.

The Telegraph also reports that, when describing Sutcliffe's victims, prosecutor Michael Haver told the Old Bailey: "Some were prostitutes, but perhaps the saddest part of the case is that some were not."

By interviewing the victim's families; the women who survived Sutcliffe's attacks; the journalists who covered the investigation; and the officers that worked on the case, Williams is able to demonstrate how societal views can have a significant impact on even the most high-profile of cases.

More like this
After The Bling Ring, Nick Prugo Was Embroiled In Another Scandal
By Arya Roshanian
Britney Spears Shares Unknown Details Of Conservatorship In New Voice Notes
By El Hunt
A Familiar 'Sex Education' Star Just Got A Major Role In Fantasy Teen Drama 'Silver'
By El Hunt
Jason Derulo Is Launching A New Singing Show In The UK
By Maxine Harrison
Get The Very Best Of Bustle/UK