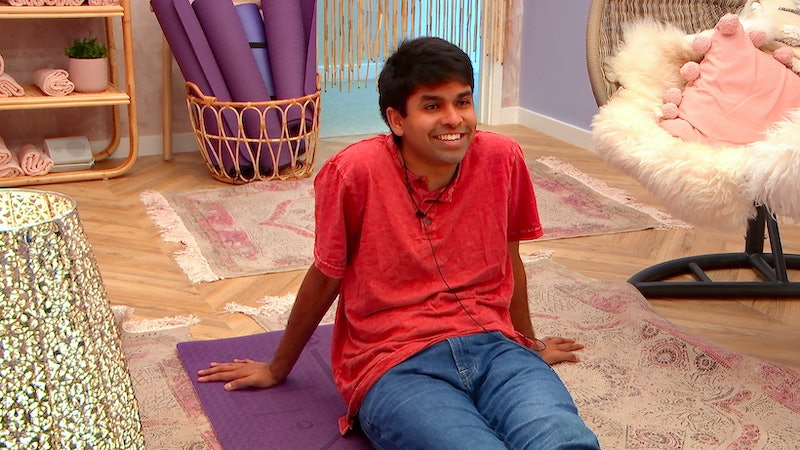 Spoilers ahead for The Circle Season 5. When The Circle first premiered on Netflix three years ago, Shubham Goel quickly became a fan favorite. Esquire called him “a beacon of goodness,” while TV Insider said he “restores faith” in reality competition shows. Yes, Shubham (aka Shubi) earned a reputation for his friendly demeanor, while his aversion to social media made him a fun contestant to watch on a show that is, well, all about social media. (Before his time on the show, he even ran for governor with a platform that aimed to curb social media usage among kids.)

So, fans were naturally excited to see Shubham return to the show for a second time. On The Circle Season 5, though, he catfished as a woman — specifically, a tech blogger named Sasha. In the privacy of his Circle apartment, though, he preferred a combination of the two identities: “Shusha.”

While Shubham may have had the benefit of experience on his side, that didn’t necessarily make The Circle Season 5 any easier. After making the controversial choice to block Bruno and starting a failed revolution against the original Season 5 players, Shubham wasn’t necessarily on good terms with his online peers and was blocked soon after. However, as he tells Bustle, he stands by the bold maneuver. “There were five newbies and four originals,” he says. “It was such a great move. And I felt bad for the newbies. Obviously, I made mistakes this season. And obviously, I could have changed things, but I have no regrets.”

Fortunately for fans, this may not be Shubham’s last time on the show. He’s “absolutely” down for a third outing, too. “I think this show brought so much joy to so many people across the world, especially with the pandemic,” he says.

But before The Circle Season 6 is (hopefully) announced, let’s take a look back — because, in the years leading up to his return on The Circle, Shubham has been through some changes.

What Happened To Shubham In The Circle Season 1?

In case you need a refresher, Shubham was the runner-up on The Circle Season 1. Despite being duped by a catfish (his ally, Rebecca, was actually a man named Seaburn), Shubham almost made it to the very end of the contest.

However, he couldn’t bring himself to win the game — and explained why in an interview with Time. “I knew what I had to do to win the game: tank Joey [Sasso],” Shubham explained. “But I just couldn’t do it. If anyone deserved to win, it was Joey ... he was such a sweet and lovable guy with so much life experience that he could connect with all these different people. He built great bonds and stayed himself from the beginning.”

Where Is Shubham From The Circle Today?

Since his debut on The Circle, Shubham’s views on social media seem to have softened a bit. “After going on The Circle and creating these bonds ... and being able to connect with fans all across the world after, I saw that there are positives to social media, right?” Shubham explained in a 2020 YouTube Q&A. “Spread your voice, create bonds that are strong, you can raise money for charities, you can spread news.”

He did acknowledge that social media is a “comparison contest” that can negatively affect users’ mental health. “It’s full of good, it’s pros and cons, it’s good and bad. It’s just how you use it, just like anything else.”

For Shubham, that balance includes posting more frequently on Instagram — despite going years without posting before his original Circle announcement back in 2019. He also started a TikTok account in 2020 (as we all did!), on which he regularly shares skits, trivia, and snippets of his travels.

Beyond social media and a second stint on The Circle, Shubham currently works as a product manager at eBay, according to his LinkedIn. His profile also advertises public speaking services — but even if you don’t hear him at an event, you can benefit from Shubham’s advice for future contestants on The Circle: be yourself! “Even when people are catfishes, the ones that did really well there was a lot of truth rooted in their catfishes, and I think when you’re yourself, you can just feel it,” he tells Bustle.

More like this
'Bling Empire: New York’ Star Tina Leung Has A Superhero Alter-Ego
By Alyssa Lapid
Shaq Might've Spoiled His Relationship Status With Kirsten After 'MAFS'
By Brad Witter
Everything To Know About A Potential 'Bling Empire: New York' Season 2
By Gretchen Smail
'Love Is Blind: After The Altar' Season 3 Has A Release Date & It's Very Soon
By Grace Wehniainen
Get Even More From Bustle — Sign Up For The Newsletter
From hair trends to relationship advice, our daily newsletter has everything you need to sound like a person who’s on TikTok, even if you aren’t.

This article was originally published on Dec. 28, 2022