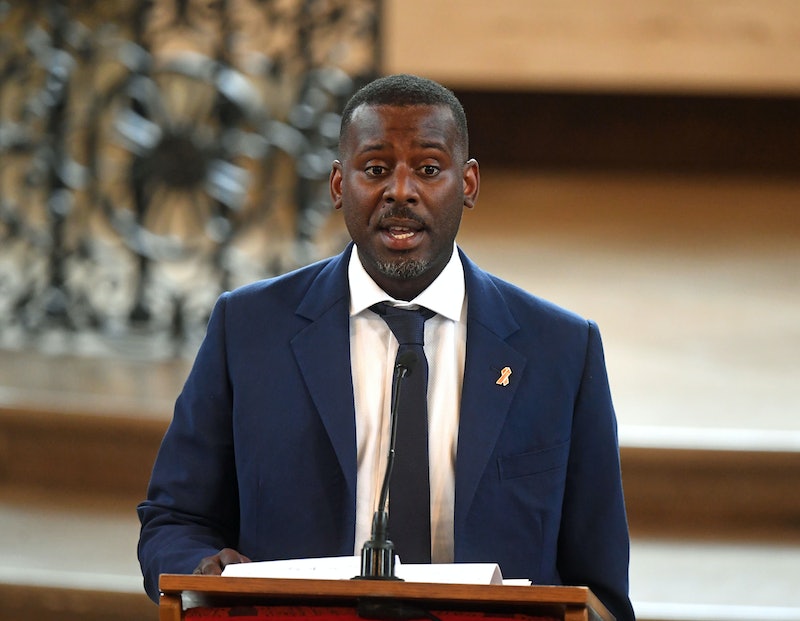 In 1993, teenager Stephen Lawrence was murdered during a racist attack while waiting at a bus stop in London with a friend. The Lawrence family’s long battle for justice is the subject of ITV’s newest drama Stephen, which tells the story of a reinvestigation into the case that eventually secured the conviction of two of Stephen’s killers.

In the aftermath of Stephen’s tragic death, the Lawrence family faced an uphill legal battle as they fought to convict Stephen’s killers while dealing with institutional racism and professional incompetence on the part of the Metropolitan Police. Eventually, 18 years after Stephen’s murder, his mother Doreen, father Neville, sister Georgina, and brother Stuart, were able to see two of his murderers part behind bars. But where is Stuart Lawrence today?

Per the BBC, in the years following his brother’s death, Stuart went on to study at the London College of Printing (known today as the London College of Communications) and later attended Northampton University to read Graphic Communication. Since then, Stuart has gone on to work for the Home Office, HMP Belmarsh, and has had a career in teaching for more than 15 years. He has also worked as a motivational speaker and is an FA Level 2 Qualified football coach.

In 2013, he was given the title The Right Honourable Stuart Andrew Lawrence when his mother Doreen was raised to the peerage as Baroness Lawrence of Clarendon in the Commonwealth Realm of Jamaica.

Stuart released his first book Silence Is Not An Option: You Can Impact the World for Change in 2021. In the book, he reflects on his brother’s life and legacy, while encouraging younger readers to work towards a better future.

'Silence is Not An Option'
Waterstones

Stuart will be portrayed by actor Jordan Myrie in the ITV drama Stephen, which depicts the real story of how Doreen and Neville Lawrence and their family fought to secure the convictions of two of Stephen’s killers.

The three-part series was created with the full support of the Lawrence family, and the show’s executive producer, Mark Redhead, has thanked Stephen’s parents for allowing them to tell this story. “It’s a privilege to be working with Doreen and Neville Lawrence to tell this chapter of the story of their campaign for justice for Stephen,” Redhead said in a press statement, “It’s a story that moves and inspires and is ever more resonant and relevant today.”

More like this
The BBC Is Adapting A Best-Selling Novel About A Mistaken Killer
By Darshita Goyal
'Line Of Duty' Fans Might Recognise These 'Bloodlands' S2 Filming Locations
By Sophie McEvoy
Keeley Hawes Had A Very Personal Connection To 'Crossfire's Filming Location
By Sophie McEvoy
'The Lord of the Rings: The Rings of Power' Revisits Iconic Spots From 'The Hobbit'
By Darshita Goyal
Get The Very Best Of Bustle/UK