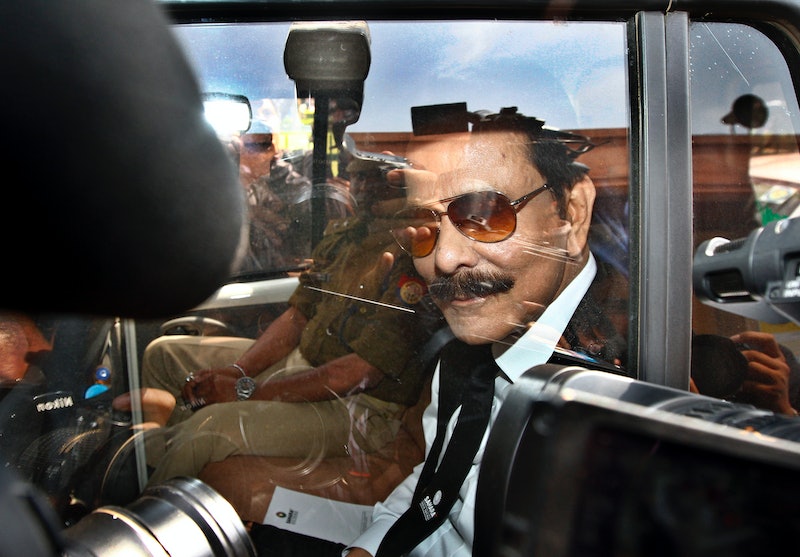 The new Netflix docuseries Bad Boy Billionaires: India is set to premiere on Wednesday, but go to the streamer’s website and you’ll find that the trailer has suddenly disappeared. The show promises to detail the “greed, fraud, and corruption” that brought down four of South Asia’s most notorious tycoons, including Subrata Roy, the 72-year-old chairman of a huge Indian conglomerate accused of money laundering and scamming investors out of nearly $4 billion USD (Roy has denied the claims). Surprisingly, Roy’s now back in the news celebrating a legal victory: successfully convincing a Bihar court that Netflix should remove Bad Boy Billionaires promos from its site.

According to local news outlet The Wire, Roy alleged in his lawsuit “that the aim of the series was to malign his public image by featuring him alongside fugitive billionaires,” such as Vijay Mallya, Nirav Modi, and Harshad Mehta. He also claimed to have been contacted in 2019 about appearing in a webseries called Billionaires, but being featured on Bad Boy Billionaires, his attorneys argued, could have an “adverse effect” on Roy’s company, the Sahara Group. The court ordered Netflix to discontinue all advertising of “the impugned trailer and series of Bad Boy Billionaires using the name of Subrata Roy” until the case can be settled.

According to Live Mint, Roy was released on parole in 2017 following two years in prison for non-payment of dues. Despite his well-documented legal woes, he remains chairman of the Sahara Group. And as of last year, Sahara still owed the Securities and Exchange Board of India ₹10,621 crore — a little less than half of the total sum Roy was jailed for failing to pay in the first place. But the largely private company continues to be one of India’s biggest employers and housing developers, as well as a bold-face name in international real estate. Until 2018, Sahara was a partial owner of New York’s Plaza Hotel.

Netflix, who has complied with the court's ruling, is still planning to air Bad Boy Billionaires this week, according to sources who spoke with India's The Wire. Meanwhile, the trailer for the show is still available via Youtube.