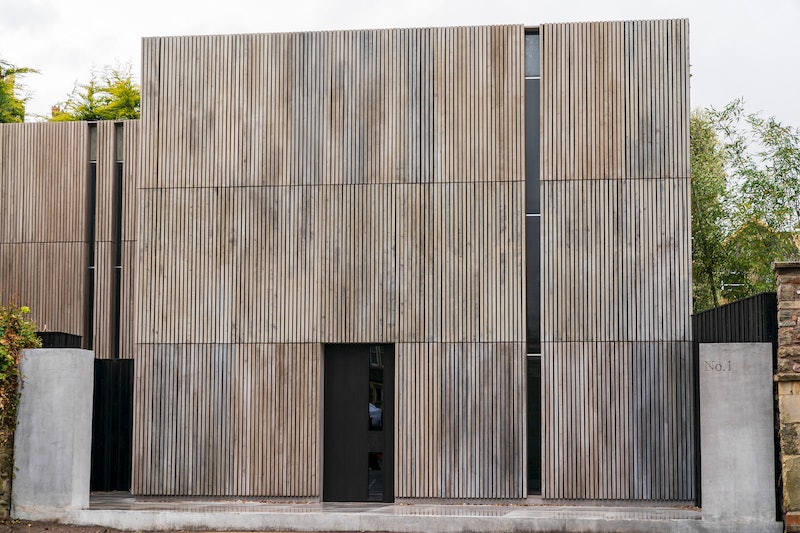 The BBC adaptation of JP Delaney’s 2016 novel The Girl Before is one of the standout dramas from the 2021 festive TV lineup. The four-part psychological thriller revolves around a woman who moves into an ultra-minimalist North London townhouse, situated on One Folgate Street. In the show, the property has been designed by a controlling architect and harbours some disturbing secrets relating to the home’s previous occupant. But, is One Folgate Street a real place?

In short, yes, One Folgate Street is indeed a real street in Shoreditch, London. However, the home featured in the drama is in fact a television set. (Read: not a real home, so forget about hoping to AirBnB it anytime soon.)

Speaking to the BBC ahead of The Girl Before’s debut, the author of the original book — who also created, penned, and executive produced the TV adaptation — shed light on how the minimalist style-home he had envisioned whilst writing the story came to life on set.

“I had a mood board on the wall of my office whilst I was writing The Girl Before”, Delaney revealed. “I had about 40 images and I remember when I went into the BBC for the first meeting, I took with me all these printouts and started throwing them on the floor of the commissioner’s office.”

Delaney added that he knew the final set “probably wouldn’t” be built how he had imagined, after realising that “you don’t hire someone brilliant and tell them to do it your way. You hire them and let them get on with it.”

During a 2017 interview with Dezeen, Delaney said the strongest character in The Girl Before “is the house,” and revealed that the decision to base the story in a modern, minimalistic home was an intentional one.

“That is a very interesting place to set a psychological thriller... I thought it was interesting to take that gothic horror-house tradition that is so overworked and flip it on its head by having the gothic creepiness come from the fact that it's not dark and gnarly and cluttered but it's actually the reverse of that: blank and austere and beautiful but incredibly demanding of the occupant,” Delaney commented.

The four-part BBC drama follows the story of a woman named Jane (Gugu Mbatha-Raw) who is given the chance to move into a beautiful, minimalist house designed by an enigmatic architect, known as Edward (David Oyelowo). However, Jane soon discovers the house has a dark history relating to its former resident, Emma (Jessica Plummer). The unearthing of dark secrets about the property leaves Jane wondering whether or not she will experience the same fate as the girl before.

The Girl Before will air over four consecutive nights on BBC One and BBC iPlayer, starting at 9 p.m. on Sunday, Dec. 19 and concluding on Wednesday, Dec. 22.