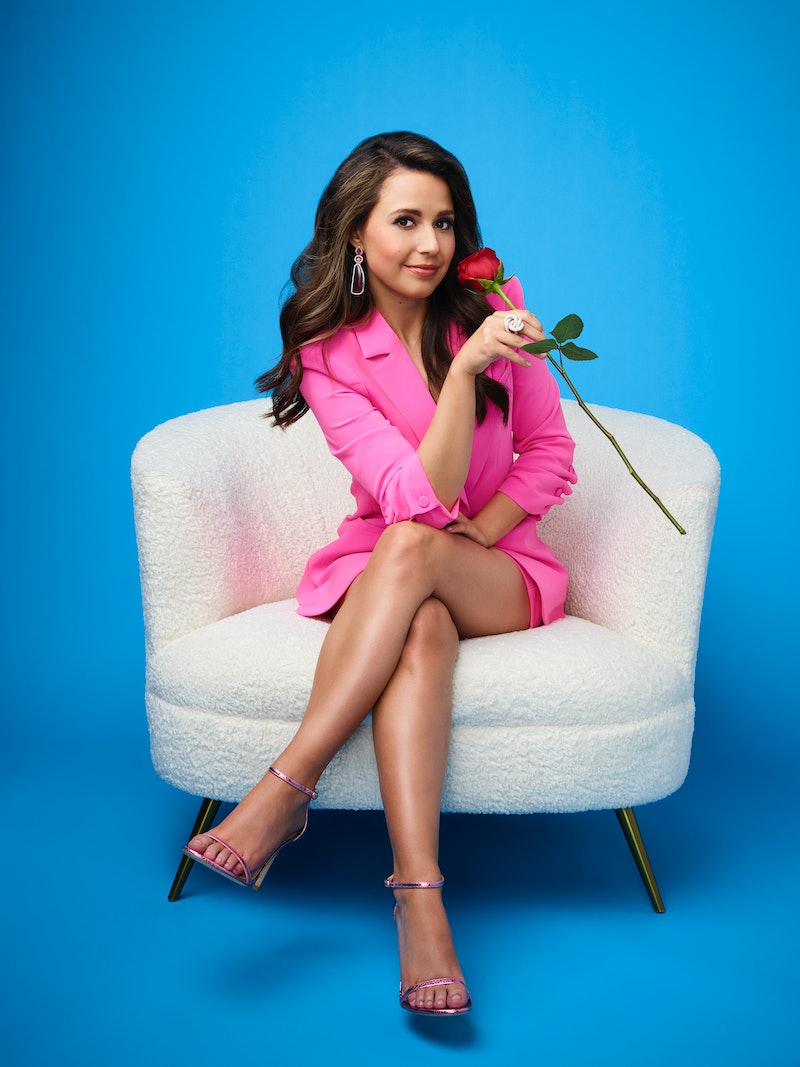 Katie Thurston’s Bachelorette season has already been a hot topic of discussion, as Tayshia Adams and Kaitlyn Bristowe will be hosting rather than Chris Harrison due to his racism controversy, and production reportedly ended early for unknown reasons. Early engagement, perhaps? Whatever goes down, this season of The Bachelorette will provide new scenery as it was filmed at the Hyatt Regency Tamaya Resort and Spa in Santa Ana Pueblo, New Mexico. Thurston’s stint will mark the third Bachelor franchise season filmed amid the coronavirus pandemic. Clare Crawley and Tayshia Adams’ Bachelorette season was filmed at La Quinta Resort & Spa near Palm Springs, California, and Matt James’ season was shot at the Nemacolin Woodlands Resort in Farmington, Pennsylvania. This time around, the cast will compete just outside Albequerque, right between the gorgeous Sandia Mountains and the Rio Grande River. Who can deny romance in paradise?

On Feb. 24, Bachelor blogger Reality Steve tweeted that he can "100% confirm" the new location, adding that filming would take place during the last half of March. The tweet came about a month after his original speculation that The Bachelorette would film in Canada, but the country's latest lockdown restrictions reportedly forced a change of plans. "Due to the updated quarantine restrictions in Canada laid out last week, I’ve been told 'Bachelorette' will NOT be filming there next season anymore," Steve tweeted. "But they are definitely still looking at colder weather locations." Yet somehow, they settled on filming Katie’s Bachelorette season in New Mexico.

According to the official website, Tamaya resort sits on 550 acres of the Native American Santa Ana Pueblo between the Sandia Mountains and the Rio Grande River. It boasts 350 rooms, 23 suites, three outdoor pools, and a wellness spa. It also offers horseback riding, yoga classes, hot air balloon rides, a golf course, and tours of historic ruins, all perfect for those coveted one-on-one dates.

The resort was closed to the public for the duration of filming, and contestants weren’t allowed to use their phones, though hosts Adams and Bristowe were able to share snaps to Instagram from their time in New Mexico — and the views are breathtakingly beautiful.

Thurston previously competed on Matt James’ season of The Bachelor, and Emmanuel Acho revealed on After the Final Rose in March that she would be this season’s Bachelorette, and Michelle Young will take on the role next season. On Adams and Bristowe replacing Harrison on hosting duties, ABC and Warner Bros. released a statement in March:

“We support Chris in the work that he is committed to doing. In his absence, former Bachelorettes Tayshia Adams and Kaitlyn Bristowe will support the new Bachelorette through next season. As we continue the dialogue around achieving greater equity and inclusion within The Bachelor franchise, we are dedicated to improving the BIPOC representation of our crew, including among the executive producer ranks. These are important steps in effecting fundamental change so that our franchise is a celebration of love that is reflective of our world.”

More like this
You Can “Fall In Love” At The Resort Where Bachelor In Paradise Season 8 Was Filmed
By Brad Witter
Here's The Full List Of Zach's Confirmed & Potential 'Bachelor' Contestants
By Kadin Burnett and Grace Wehniainen
The 'Bachelor In Paradise' Schedule Shifts To 4 Hours Every Week After The Season 8 Premiere
By Brad Witter
‘The Ultimatum: Queer Love’ Is Officially On The Way
By Radhika Menon and Kadin Burnett
Get Even More From Bustle — Sign Up For The Newsletter

This article was originally published on March 1, 2021