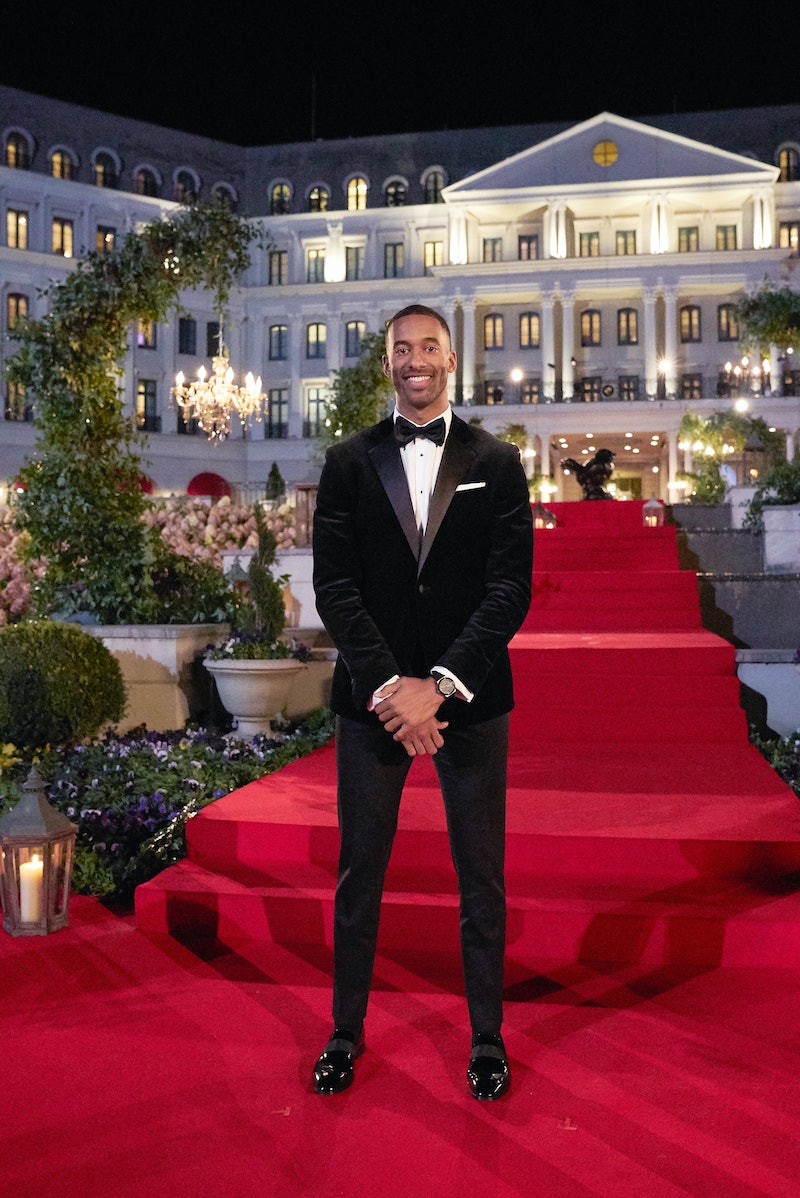 When the 32 contestants arrived in their limos to meet Matt James, the women weren't anywhere near the iconic Bachelor Mansion. As was the case with Clare Crawley and Tayshia Adams' Bachelorette journeys, The Bachelor Season 25 was filmed in a bubble of sorts in compliance with COVID-19 guidelines. Although Clare and Tayshia filmed just two hours from Los Angeles, Matt's season shot all the way across the country at Nemacolin Woodlands Resort in Farmington, Pennsylvania.

"It worked amazingly well, and I think what it did was give us a blueprint that we can then take and apply to Matt James' season of The Bachelor and safely move forward and know that without any trepidation or concern that we're all good," host Chris Harrison told Parade in October. "After going through it, I think we can all just go to The Bachelor and realize if we all do the same thing, if we implement the same safety standards, we're going to be good to go."

Bachelor Nation blogger Reality Steve first reported the filming location via sources in August, noting the property, which is located about 70 miles south of Pittsburgh, was closed to the public from mid-September through Thanksgiving (i.e., ABC's usual Bachelor shoot dates). Nemacolin confirmed the news via social media in December, and the resort's president, Maggie Hardy Knox, told the Daily Mail they were "incredibly proud to be the backdrop for the upcoming season of The Bachelor alongside hosting the cast and crew."

There will be plenty of opportunities for creative dates, too, at the 2,000-acre luxury resort, which features private homes and estates.

As if that weren’t enough to keep anyone entertained, the resort also has its own zoo. Billed as Wildlife Adventures, guests can visit on-site habitats that feature donkeys, wolves, tigers, lions, and more, as well as exotic animals like fennec foxes and a kinkajou.

If Matt and one of his women want to take flight, Nemacolin even boasts its own private airstrip.

Over the last decade, the resort has undergone $30 million in renovations to upgrade its bedrooms, amenities, ballrooms, lecture halls, 2,200-square-foot patio, and more. Judging by the glimpses shown during the season premiere, it looks like that multi-million dollar investment was well worth it.

Eagle-eyed Bachelor viewers may recognize the venue from JoJo Fletcher's Bachelorette season. During a 2016 episode, JoJo stayed at the property's Chateau Lafayette Presidential Suite, per Parade, and even held a rose ceremony in the lobby. For reference, this was the same episode she eliminated Chad Johnson during a two-on-one date. Since then, recently split couple Peter Weber and Kelley Flanagan visited the property, as did fellow Bachelorette alum Jason Tartick.

Only time will tell if Nemacolin has the same Bachelor mansion magic for Matt.