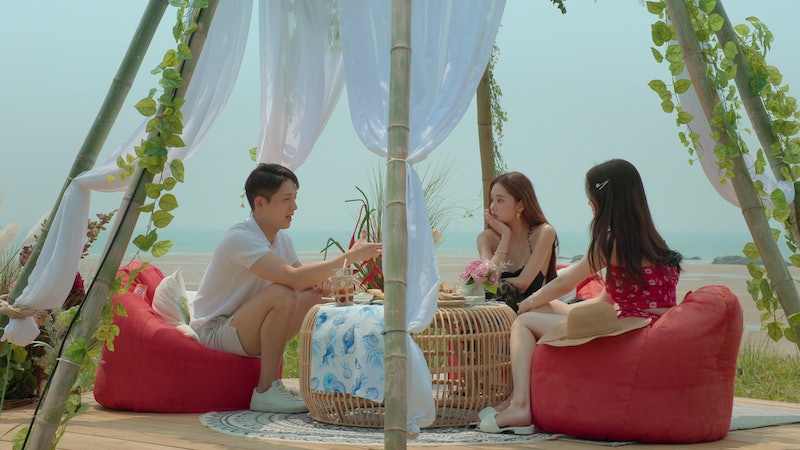 The premise of South Korean dating show Single’s Inferno is fairly simple: Each day, successfully coupled contestants helicopter off to luxurious “Heaven Island” for romantic date nights, while the remaining singles are left behind on deserted “Hell Island” to fend for themselves. The joint Netflix and Joongang Tongyang Broadcasting Company reality competition’s inaugural season, which debuted in December 2021, proved to be an instant hit, even earning a spot among Netflix’s global top 10 non-English TV shows and leaving many fans wondering if they can visit such Single’s Inferno filming locations as the island and hotel.

Interest only ramped up when the series returned for Season 2 in December 2022, and it appeared cameras returned to the same destination. Though the show never reveals where the remote scenes were filmed in South Korea, the outlet NextShark identified the island as Saseungbong-do, which is located in Incheon’s Ongjin County. According to an Incheon tourism website, the private, uninhabited island, which the locals call “Sado,” is about 2.5 miles long and 1.25 miles wide, and, yes, tourists can visit. There’s a boat that runs regularly in the peak season, and the boat fare costs 100,000 won (about $83.50) for solo passengers or 15,000 won (about $12.53) for those in a group. Visitors can also rent a private boat.

Once on Saseungbong-do — also the backdrop of such other shows as Running Man, Muhan Dojeon, and Two Days and One Night — there are a variety of activities available. Among the tourism website’s recommendations are swimming, camping, fishing, clam-digging, and viewing a picture-perfect sunset. Of course, considering the show’s contestants aren’t necessarily the most outdoorsy, the trips to “Heaven Island” are prized.

When the singles embark on trips to paradise, their journeys are more literal than you might think. The romantic excursions were reportedly filmed at the contemporary Paradise Hotel and Resort, which is located near Incheon International Airport, about an hour from Seoul. The Paradise City hotel’s website promotes everything from luxurious and spacious, artistically inspired rooms to an onsite spa and Michelin-starred restaurant.

A September 2019 CNN travel piece called Paradise City the “hottest airport hotel around,” noting there is little that’s unremarkable about the glamourous property. Among the highlights the $2-billion-plus “art-tainment” resort boasts are the 3,000 pieces of original artwork displayed around the property. There’s even a casino, carnival, and shopping.

For all that Paradise City can offer, some fans think that all the comforts it has — and Saseungbong-do doesn’t — are the true draw. “I’m wondering when the boys will realize jia is just using them to stay in the hotel cause there is not way my girl is sleeping on an Air bed that is on the floor,” one viewer tweeted. Meanwhile, another wrote, “The way the hotel is PARADISE because of the airconditioner and pool stop hahaha.”

Though there’s no promise you’ll find love, these two locations at least seem to be perfect places to look for it.

This article was originally published on Jan. 8, 2022